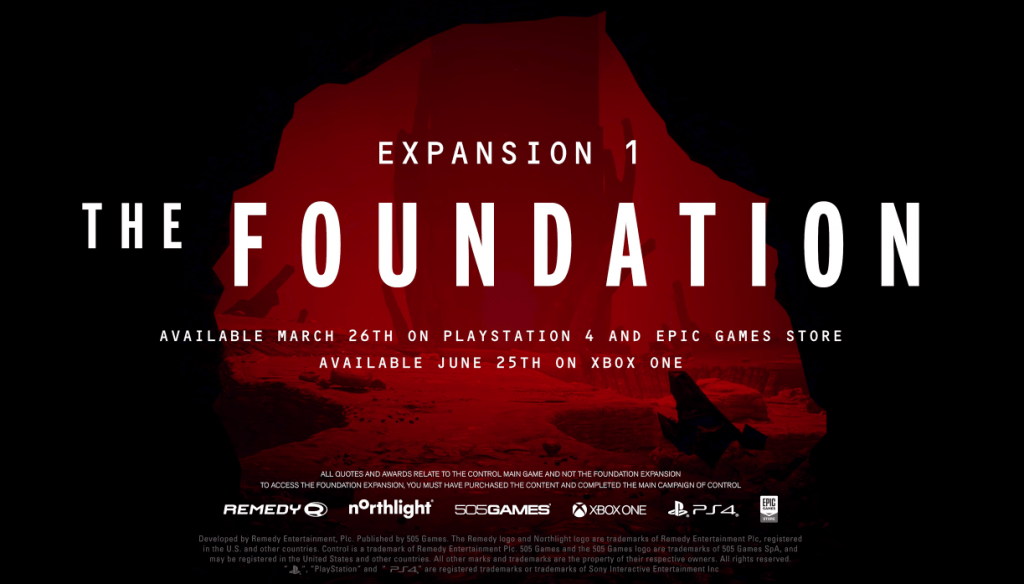 Fans of Remedy’s highly-entertaining supernatural action game Control can look forward to going back into the dangerous fictional world when ‘The Foundation’ expansion is released for the PlayStation 4 and PC come March 26, 2020. It will be available on the Xbox One on June 25, 2020.

From 505 Games and Remedy Entertainment, the upcoming expansion for Control will feature a new story and side missions, abilities and enemies.

The Foundation expansion will delve into the Oldest House’s history. Jesse is alerted by the Board that a situation has arisen in the Foundation, the bedrock of the Oldest House. A mysterious structure called the Monolith has been damaged, resulting in the Astral Plane leaking into the Foundation. If Jesse does not find a way to stop it, the entire Oldest House, along with the Bureau, will be consumed by this invading dimension.

Take note; if you already own the Digital Deluxe version of Control for PlayStation 4, you will automatically receive ‘The Foundation’ expansion when it launches worldwide on March 26, 2020.

Players who own the PlayStation 4 base game or the PC version from the Epic Games Store can go ahead and purchase a DLC season pass for $24.99, offering access to ‘The Foundation’ expansion and a second expansion, AWE, coming to Control in late summer 2020.

Of course, you can purchase each expansion individually for the PlayStation 4 or PC for $14.99 each from the digital storefront of your choice.

The official description of the game reads:

I reviewed Control back in August of 2019. I enjoyed playing it a lot. You could tell the developers put immense focus on making sure the telekinetic abilities felt real.

Here’s a roadmap for the planned content coming to Control down the line.