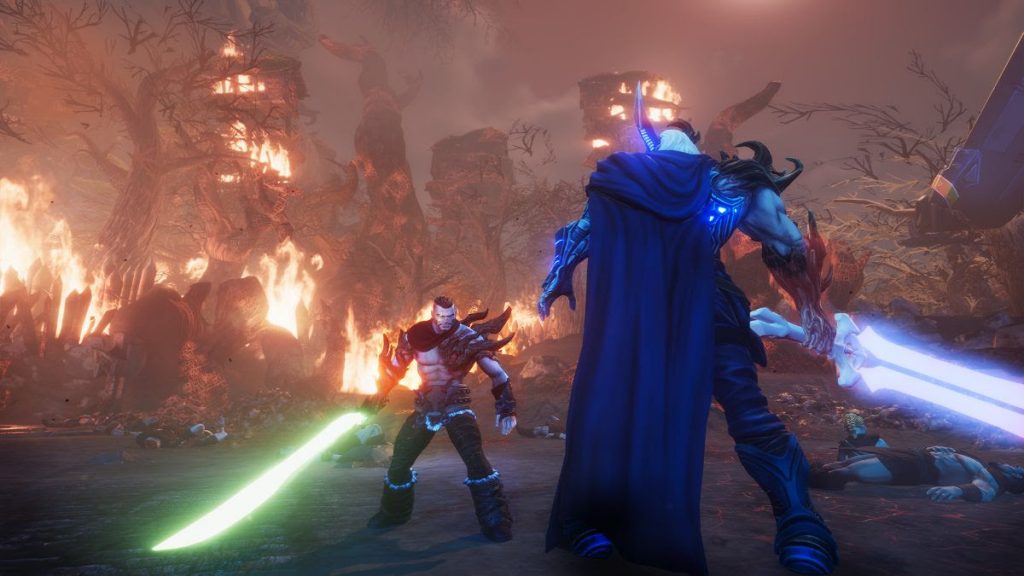 Clock Drive Games has announced that their debut title Warlander (described as an indie roguelike action-adventure with tactical combat) will launch on Steam come February 26, 2020. The title will be available for $14.99 USD/EUR.

According to the press release, Warlander is set in a bleak and unforgiving world. Players can customize their combat style as they progress through an action-packed journey while controlling a vengeful resurrected hero.

“We struck the perfect balance of sword-fighting gameplay, an in-game progression system and punishing roguelike elements that captured the essence of the genre but also added our own twist to it,” said Goran Rajsic, creative director for Clock Drive Games. “As an indie developer, we put fun and engaging gameplay at the center of the player’s experience.”

The title will be offering a replayability factor. This is because every path the players will explore in the fictional world is different due to it all being procedurally generated. The gameplay is said to offer a unique take on stamina-based combat. You can chop your way through the battlefield or opt to use certain abilities to turn the environment into a deadly weapon.

If a player dies in-game, the character will be resurrected, but at the cost of your progress and experience.

I do like the overall graphics, especially considering this is an indie game. The way the swords work does remind me of the lightsabers from the Star Wars franchise. This does look like a Hack and Slash entry, but the combat appears to be slower than your usual fare (where you try to cut down every enemy without really thinking of a strategy).

Also, judging from the gameplay videos I could find online, certain enemies will be guarded. So, you will need to make sure you hit them in the unprotected parts. Otherwise, even a comparatively weaker enemy will give you a hard time.

The Key Features of Warlander include:

You can go ahead and check the game out on Steam.

As for Clock Drive Games, it is an indie game development studio from Serbia, “on a mission to turn dreams into games.”

I talked about Warlander back in March of 2019. So, I’m glad it finally got a launch date on Steam.

Feel free to share your thoughts about this title with us.