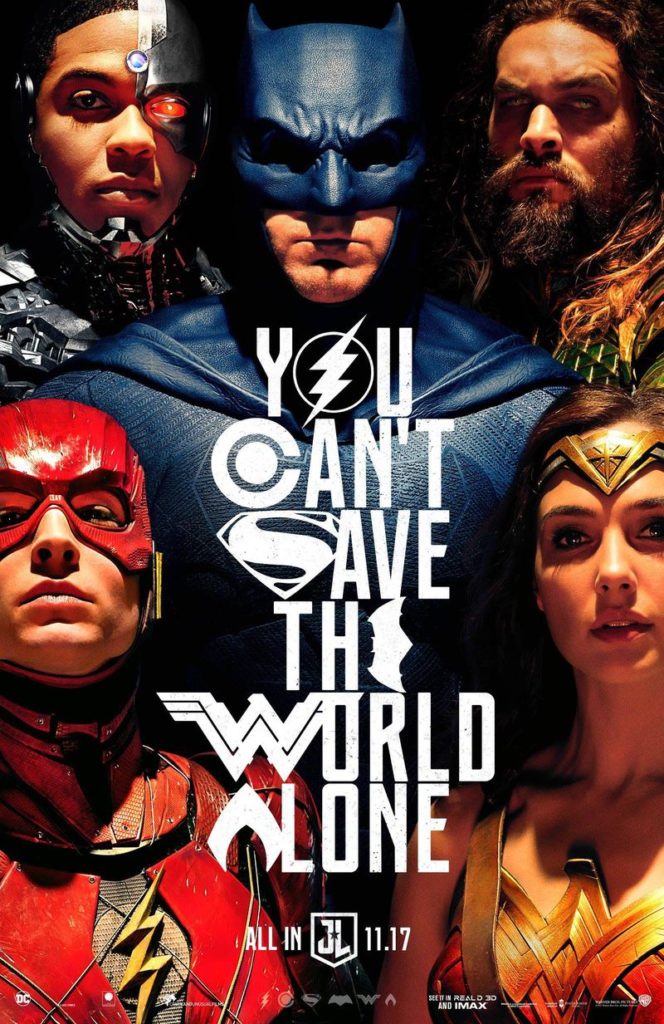 The Hall H panel for Warner Bros. at San Diego Comic-Con was definitely busy. The studio talked about upcoming movies in the DC Extended Universe and debuted the Justice League trailer. I’ve been looking forward to Justice League especially after Wonder Woman. The Justice League trailer introduced the new team members and showed a world mourning the death of Superman. With a new threat coming near, it’s up to the superhero league to defeat Steppenwolf and save everyone.

Check out the Justice League trailer!

I love how the first superhero scene we see is of Wonder Woman. She is amazing and Warner Bros. needs to give her the focus she deserves. As shown in the trailer, Batman isn’t happy about Superman’s death and we will see him create a team to save the world. There’s Aquaman (Jason Momoa), Cyborg (Ray Fisher), and The Flash (Ezra Miller), along with Diana (Gal Gadot). Each character gets a chance to show off their power during the trailer. I also liked the Green Lanterns Corp being mentioned.

While fighting Steppenwolf and his army of Parademons isn’t a laughing matter, it is nice to see that Justice League will be keeping some of the humor alive with Flash and some snarky comments from Alfred (Jeremy Irons).

The Justice League trailer is definitely exciting. However, it’s also Warner Bros.’ proper answer to MCU’s Avengers. That’s why there is a bit of skepticism surrounding the upcoming film. Suicide Squad didn’t do a good job of showcasing an ensemble. Batman v. Superman: Dawn of Justice couldn’t even handle three superheroes properly. So, let’s see how Justice League fares.

What did you think of the Justice League trailer? Are you excited? Is Superman coming back? Let us know!