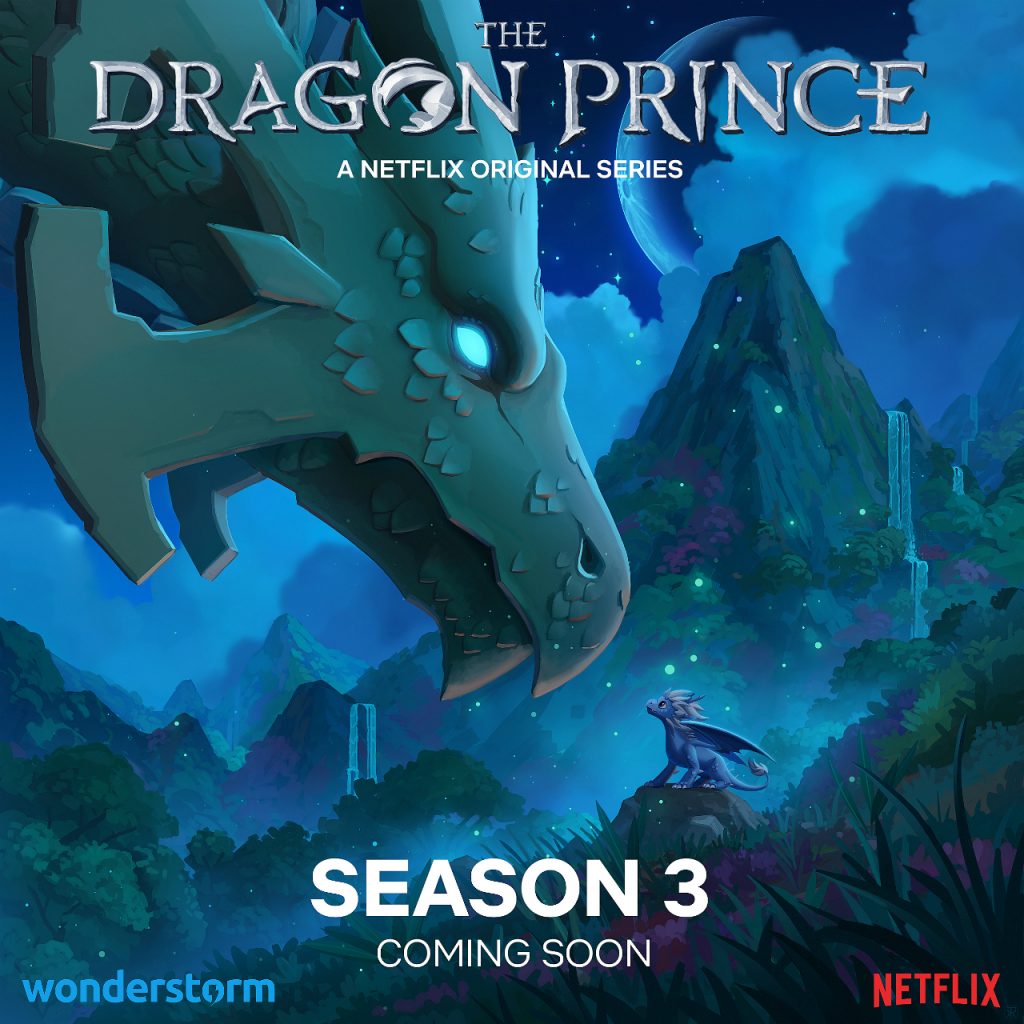 Good news, everyone! The Dragon Prince Season 3 has officially been announced! Confirmed at WonderCon earlier today, the popular animated series will be returning to Netflix for another season.

Fans of Callum, Ezran, Rayla, Claudia, and Soren (and I guess Viren and Aaravos) rejoice! The Dragon Prince Season 3 was announced on a panel with series creators Aaron Ehasz and Justin Richmond, along with cast members Jason Simpson (Lord Viren), Racquel Belmonte (Claudia), and Jesse Inocalla (Soren). While no premiere date was announced and no trailer was released, they did reveal the above poster, featuring Zym and Soul Regan, as the first teaser image for the next season.

According to a summary released jointly by Wonderstorm and Netflix:

Season 3 finds Rayla and Callum finally at the cusp of entering Xadia, while young Ezran returns home to take his place on the throne. Meanwhile, Lord Viren begins to realize the influence and power of his new ally – the mysterious Startouch elf, Aaravos. As several storylines unfold in big ways, this season will be massively epic.

Other information that came from the panel:

The Dragon Prince Season 2 left us with a lot of burning questions: What will happen to Ezran when he returns to take the throne? Who is Aaravos and what are his intentions with Viren? What do the Sunfire Elves want? What will Soren and Claudia do about their father’s instructions? Will someone ever rescue Gren and Runaan? Could Sarai actually be alive? Is King Harrow in the body of his bird? I can’t wait to see how The Dragon Prince Season 3 deals with all these lingering questions!

For more news from WonderCon 2019, stay tuned to The Geekiary, and follow us on social media!