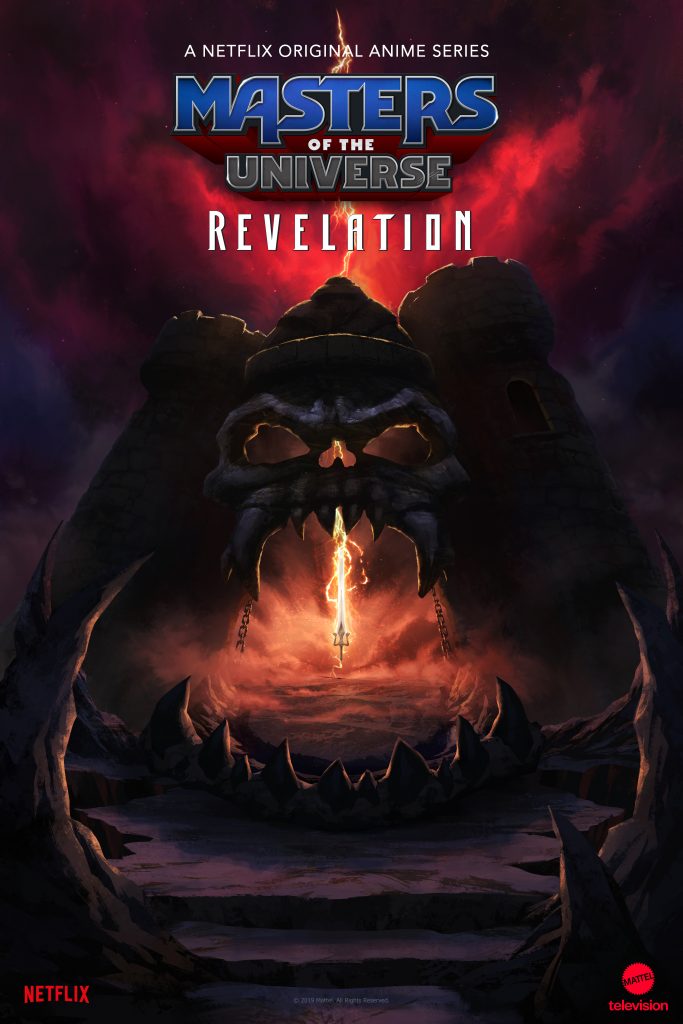 Netflix and Mattel Television have revealed today the all-star lineup of actors who will be voicing the characters in the upcoming Masters of the Universe: Revelation, an original anime inspired by the popular He-Man franchise.

Masters of the Universe: Revelation picks up the characters’ stories where they left off decades ago, focusing on the unresolved storylines. Mattel’s He-Man reboot also includes a comic series by DC Comics (currently available), reimagined versions of the classic 80s toys (which will be hitting shelves in Fall 2020), a CGI-animated series on Netflix (He-Man and the Masters of the Universe), and a feature film.

“I cannot believe the lineup of talent I get to play with!” said Kevin Smith (Clerks, Chasing Amy) who will serve as showrunner as well as executive producer. “The incredible, star-studded cast that Mattel’s Rob David and Netflix’s Ted Biaselli assembled for our Masters of the Universe series will let any lifelong He-Man fan know we’re treating this cartoon seriously and honoring the legendary world of Eternia with A-list talent! Chris, Sarah, Mark, Lena and the other amazing actors and actresses have given performances so powerful and real in a show that features a talking giant green tiger! With these fantastic performers behind our characters, it’ll be crazy easy to immerse yourself in the swords and sorcery of our epic sci-fi soap opera!”

“Masters of the Universe: Revelation is for the fans,” said executive producer Rob David. “Kevin Smith, as well as the rest of the all-star cast, share our love and passion for the iconic franchise and the deeper meaning of the property. At its core, Masters of the Universe is all about wanting the power to be the best version of yourself, and the series will bring this message to life in an entirely new way.”

The series will be written by Marc Bernardin (Castle Rock, Alphas), Eric Carrasco (Supergirl), Diya Mishra (Magic the Gathering) and Tim Sheridan (Reign of the Supermen). Animation will be done by Powerhouse Animation (Castlevania).

Take a look at the impressive cast list! So many iconic voices will be lending their talent to this series.

What are your thoughts on Masters of the Universe: Revelation? Are you excited to see it?