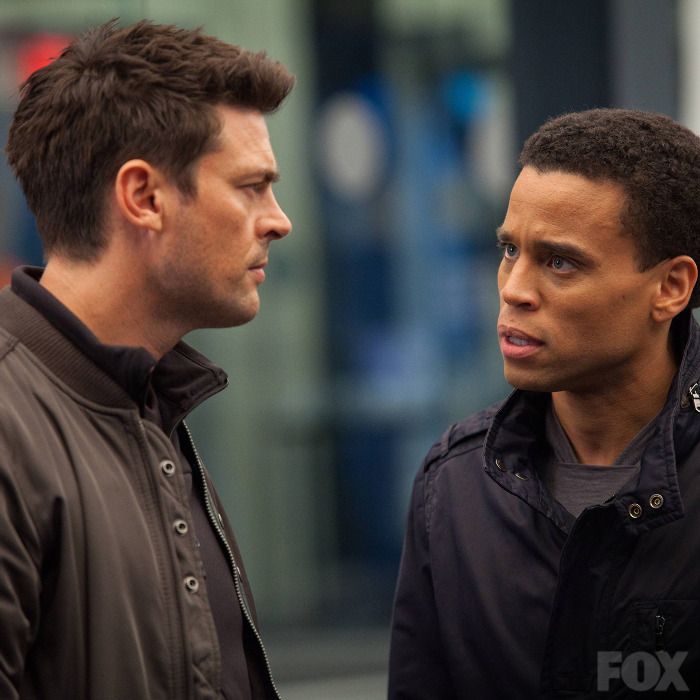 The Almost Human fandom has fought hard to get the show recognition long before it even hit the airwaves. They were met with a sudden two week delay announced just a few days before it was supposed to air, but they used those two weeks to their advantage to stir up buzz. The premiere was highly anticipated and it certainly didn’t disappoint. The remarkable chemistry between Karl Urban and Michael Ealy is enough to tune in alone, but the detailed world built around their two characters is also incredibly interesting. It’s not exactly a dystopian future, but it’s certainly one rife with conflict, far reaching technological control, and heightened crime. We’ve only gotten a taste of what the problems of this world are and now I’m craving more. 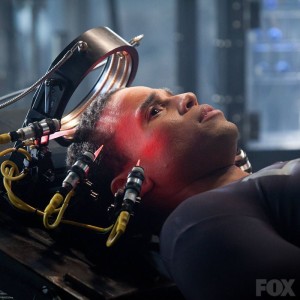 The highlight of the show looks to be the friendship between the robotic Dorian (Michael Ealy) and the recently reinstated cop John Kennex (Karl Urban). John is the one to wake Dorian up from his long shut off period. He essentially gives Dorian new life and in turn, Dorian may give him a fresh start as well. Kennex is suffering from a long list of difficulties from an attack on him that occurred a couple years prior. The attack cost him his partner and his leg. The lack of help from a synthetic during the attack contributed to the losses, giving him a good reason to have a grudge against the robotic species. The fact that he was outfitted with a synthetic leg while he was in a coma doesn’t help matters.

Dorian is different from the other synthetics, though. He has a ‘synthetic soul’ making him much more human than any of the synthetic models. Throughout the episode he goes against direct orders from people and synthetic alike. When he’s ignoring Kennex’s commands the disgruntled cop seems quite perturbed, but when that defiance is turned around against the other synthetics Kennex seems proud of him. When Dorian scoots around the MX models to investigate a bomb, you see Kennex display the first sign of acceptance towards the android. The conversation they have later in the episode in the rain when Dorian shares tips on fixing Kennex’s synthetic leg was was another touching moment that made me smile. Dorian is almost human and Kennex is showing the early signs of trusting him as an actual partner, not just a robotic counterpart. These are the first of what I hope to be many such moments between the pair.

Urban and Ealy have the type of chemistry that casting directors dream about. Though their characters are in the very early stages of their friendship, you can see how their acting meshes well together and could lead to something incredibly powerful. In a way these early uneasy moments are an even better indicator of how well these two will get along. There’s anger and resentment between the characters, but there’s also an underlying curiosity about each other that shines through the negative emotions. That curiosity is what’s going to keep these characters together and build the foundation of an incredibly strong friendship. The fact that that emotion was already evident is a testament to Urban and Ealy and I’m incredibly grateful these two were chosen for the job.

The best part about this episode is that we don’t have to wait a week for the next episode. The special two night premiere means the wait is less than twenty four hours. Once this show becomes a weekly event I can imagine it’s going to be one of those shows that I find myself looking forward to impatiently all week long. I need more Urban and Ealy on my screen. I need to know more about this world that we’ve only gotten a small taste of. I hope this show lives a long and happy life because the first episode set up a fabulous world and characters that need to be thoroughly explored.

All Images property of FOX