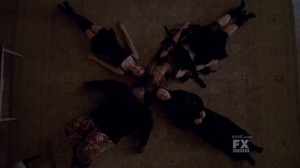 The final episode of American Horror Story: Coven didn’t pack the punch I was hoping for. Yes, it was fast-paced and to the point, but the final revelation about the Supreme was just mediocre. Not only that, it again told the audience that more than half the plotlines in the story were useless.

Murder House and Asylum started out with simple storylines. One had a haunted house, the other, a weird and creepy asylum. The twists and turns in both seasons kept the viewers at the edge of their seats. Coven revealed its main story from the start. It had secondary plotlines but those didn’t stick. Seeing the finale I can create a list of things that were useless and dragged out the season. I still don’t know why Luke, his family, and Nan were introduced. I hoped against hope for Nan to make an appearance in the finale. The whole ‘witch hunters’ story was played out too fast and didn’t have an effect on the season’s main storyline. Then there was the whole ‘creepy snake, baby making’ ritual Cordelia performed with her husband. Seeing her pregnant in end would’ve had impact! To me, more than half the season felt the writers throwing stuff at the wall and hoping something would stick, which in the case of ‘Coven’ wasn’t much.

Coming to the revelation of the New Supreme, it was 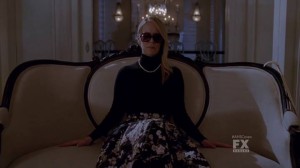 Cordelia. Who saw that one coming? I was hoping it would be Queenie with her witch and voodoo powers. Maybe the writers wanted to show the struggles of a woman facing a lot of hardships and then finally embracing her true destiny through Cordelia’s character? Sarah Paulson did some good acting but I wasn’t rooting for her because I had already seen her character win in Asylum.

Watching the young witches perform the Seven Wonders was a treat. It was good to see them enjoying their powers for once. The scene where they played ‘tag’ with their transmutation powers showed them as real teenagers, something we haven’t seen in the season.

Other than a scene or two, the whole episode made me ask a lot of questions. I liked the concept of ‘Hell’ in the show but for some characters it didn’t feel right. I still can’t get over Misty being trapped in her hell for eternity. What did she ever do to deserve such a thing? Maybe the devil doesn’t like witches playing Goddesses of rebirth? Fiona’s hell would’ve been better if she got stuck looking old and close to death forever. But she ends up living her afterlife with the Axeman who I think got the better end of the deal even if he was responsible for murdering a lot of people. 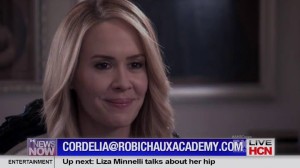 I enjoyed Coven when it started out. It touched a lot of themes: racism, mother-daughter relationship, feeling different, etc. but having watched all thirteen episodes I was left wanting more. Though in all fairness the speech Cordelia gave on live television did reflect some of the problems LGBT youngsters face in the society. So, kudos to the writers for that.

American Horror Story will be back with a new season this year and yes, I will be watching. I just hope the writers try for a better story that introduces plotlines that have some meaning or connection.

What did you think of the season finale? Did it leave you satisfied? Did you send an email to Cordelia? Please share in the comments.