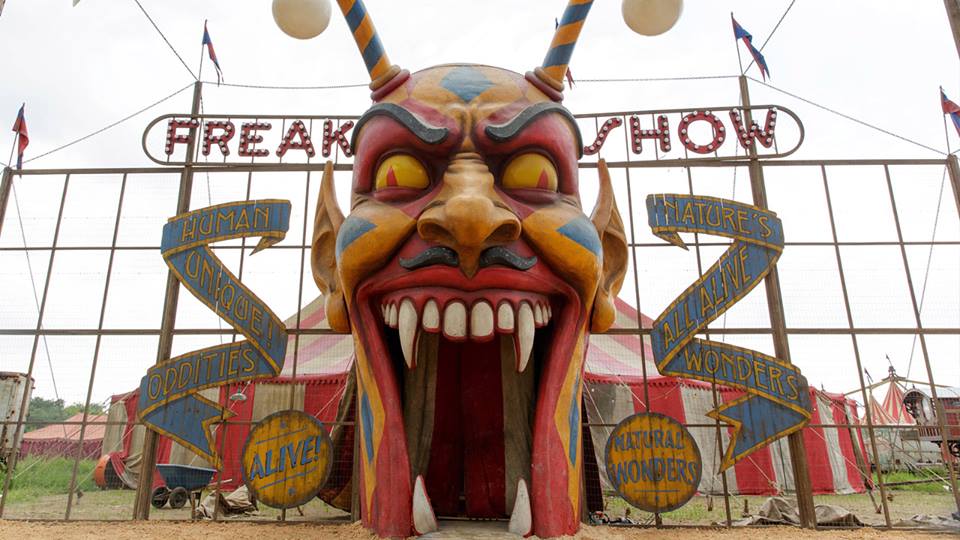 After faithfully watching the fourth installment of American Horror Story: Freak Show, I have one phrase for you regarding the season: it was a complete and utter train wreck. Despite impressive marketing and some brilliant acting, I feel like so many things were wrong for countless reasons.  This entire season was the result of wasted potential.

Warning: there are many spoilers below! Please read on at your risk.

Before I start badmouthing this season, let me take this time to acknowledge some positives about Freak Show. The marketing team for AHS did an amazing job in grabbing our interest through colorful and over the top promotional shots and trailers with clear theming. When the network released the extended promo for the season featuring the song “Carousel” by one of my favorite singers, Melanie Martinez, I was ecstatic. The buildup that was created before the start of this show was incredible, but that’s all it was: hype. The season had so much promise, but it all went downhill from there.

The subject of this season is around one of the last remaining freak shows, and is set in 1950s Jupiter, Florida. Elsa Mars, played by Jessica Lange, is the owner and recruiter of the freak show. Elsa travels across the United States in search of new additions to her show. Her freak show introduced many new characters, aka the freaks, most of whom were portrayed by real life “freaks” that were specially cast for these parts. Of course, the main cast returned, including Sarah Paulson, Evan Peters, Angela Bassett, Kathy Bates, along with some other recurring actors. This season also re-introduced a familiar face: Pepper, who was a character in season two “Asylum.”

One of the most anticipated att 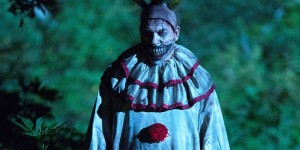 ractions of this season was the new antagonist, Twisty the Clown. Although his character was introduced early on as a dark and disturbing killer who would supposedly have a huge role, he was killed off after only a few episodes. As it turns out, he wasn’t actually a bad guy either; just a sad, misunderstood clown who wanted to make children happy. This was a huge bummer considering how well received his character was. According to creator Ryan Murphy’s logic, it’s okay to do whatever the hell you want with your characters and just have people accept it for what it is. That idea resonated through the rest of the season.

Another antagonist introduced this season was Dandy, brilliantly portrayed by Finn Wittrock. Dandy was the obligatory psychopath of the season (a sort of Tate Langdon 2.0). He was originally introduced as a completely psychotic character who had some serious problems, but he also ended up a disappointment. With no true motive or direction, Dandy’s sole purpose seemed to be to one up every other psychopath previously featured in AHS. He didn’t even amount to that in the end. At the conclusion of the show, he ends up killing most of the freaks (not including the main cast) during one of his hissy fits, and gets himself killed by the remaining freaks in response.

Another one of the many things that bothered me this season was how the show started off as a bad rip off of Glee, another show created by Ryan Murphy. There was a lot of bad, unnecessary singing (including Evan Peters’s awful cover of “Come As You Are” by Nirvana).

Not only was there horrible singing that wasted screen time, there was also the whole clichéd plot line of the underdogs trying to overcome the oppressors. Before watching the show, I saw a lot of interviews with the actors and crew members stating how this season was meant to display a diverse group of people who are often overlooked or get labeled and treated as “freaks,” and to use them to empower others. In the end, all they did was create a negative image for “freaks” and carnival folk. To make matters worse, this type of storytelling wasted the potential of so many characters. The show offered so many unique characters, such as Twisty the Clown and the others who played the freaks in Elsa’s show (i.e. Amazon Eve, Desiree Dupree, Paul the Illustrated Seal, Legless Suzi, etc.). Instead of utilizing these actors to make a truly unique and extravagant cast of big personalities, they’re given a brief sob story and then used as decoration.

Speaking of giving a bad image to a group, the show’s sad attempt at presenting strong female characters also ended in a bust. There were a few episodes that tried to show strength in “girl power” which had most of the freak women come together to defend themselves against the men who had wronged them. These rare moments of strength had so much potential for the ladies of the freak show. The show runners could have shown the women uniting and becoming a formidable, cohesive group that empowered each other, but it didn’t. Instead, it made the women seem fickle and perverse: 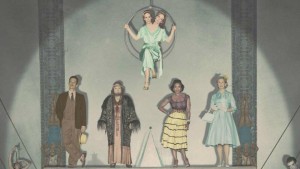 always out looking for revenge on men through violence.

As far as I can tell, the formula to American Horror Story is this: create a bunch of characters and make them do nonsensical things, give them unimaginative, sob story backgrounds to force viewer sympathy, don’t have an organized plot, introduce some more characters after ignoring the other 50 characters already in the story, then lastly, introduce a new concept that will definitely prove that the show can get worse than it already is.

With a theme so broad and unique like “freak show,” there could have been so many things that would have improved the experience for the viewer. For example, instead of getting overambitious with the cast, the show could have had fewer characters and concentrated on their growth. Instead of trying to one up the shock factor, the writers could have focused on having one centralized narrative that didn’t contain so many plot holes or flaws. (I’m not even going to detail the “big reveal” about the seasons being connected to one another). In the end, Freak Show ended up being a complete disappointment and disaster. The only thing that was truly horrifying was the terrible writing. As a fan of the show, don’t bother wasting your time watching this season.