Angels of Death 1×12 Review: Try to know everything about her 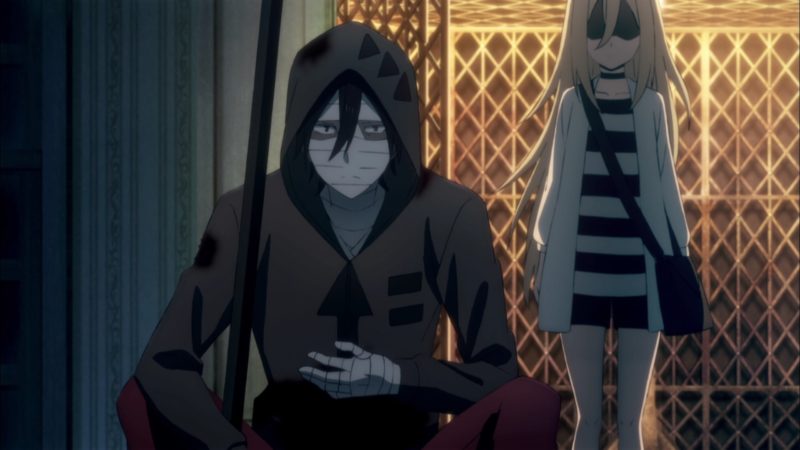 Angels of Death ended last week with Rachel acting completely terrified. There was something that she considered telling Zack about, but then quickly changed her mind. Whatever her secret is, she doesn’t want Zack to find out. She definitely thinks that it will completely change how Zack views her. “Try to know everything about her” as a whole definitely lets the viewer know that there is a lot more to Rachel than we originally thought, but we won’t get all of our answers quite yet!

“Try to know everything about her” starts with Zack starting to explore the next floor. It soon becomes clear that Rachel was on this floor before and she doesn’t want Zack to see what’s beyond the door. She doesn’t know what to do. Zack notices right away that she’s acting strangely and doesn’t know what to make of it. It becomes apparent that Rachel is most worried that Zack won’t kill her as he promised if he finds out the truth about her and Rachel begs him to kill her immediately… only she passes out instead.

Since Rachel is out of commission, we get to see Zack interact with some of the other characters again. Danny shows up and says he wants to give Zack a chance to learn more about Rachel by exploring the floor he’s on. This floor, in particular, was one of my favorites while playing the computer game, and it was a lot of fun to see it in animated form. They covered many of the booby traps that Zack faces in the game like the arrows, ceilings and floors falling, and piranhas in the bathtub. 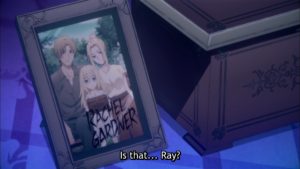 It may be morbid, but it’s actually quite fascinating to see how Rachel falls apart fairly quickly after not seeming to have much of a personality at first. As I’ve mentioned before, it’s an excellent example at how fragile the human psyche can be. When Rachel comes to, Danny points out that she’s not so much concerned for Zack, but more concerned for herself and being afraid of Zack learning about her.

Zack finds himself in a precarious situation and Father Gray shows up and rescues him. He makes some observations about how Zack has been acting, which only serves to anger Zack. He doesn’t really understand, or care too much for that matter, about what Father Gray is talking about. But we do learn exactly why Father Gray decided to make Zack one of his “angels.” As Zack continues to investigate, he finds a picture of Rachel with her parents. As Danny states while he and Rachel observe Zack through the cameras set up on that floor, “It’s only a matter of time before Zack learns everything.”

“Try to know everything about her” ends with Zack entering Rachel’s room despite all efforts Rachel made to stop him. Danny told her he’d eventually have to find out anyway. What Zack learns is huge. How will he approach Rachel when he sees her again after learning what he has? The title of the next episode, “I’m not your God,” doesn’t seem to imply anything good!

Previous:Happy #BiVisibilityDay! Have Some Badass TV Bisexuals
Next: Attack on Titan 3×10 Review: Friends