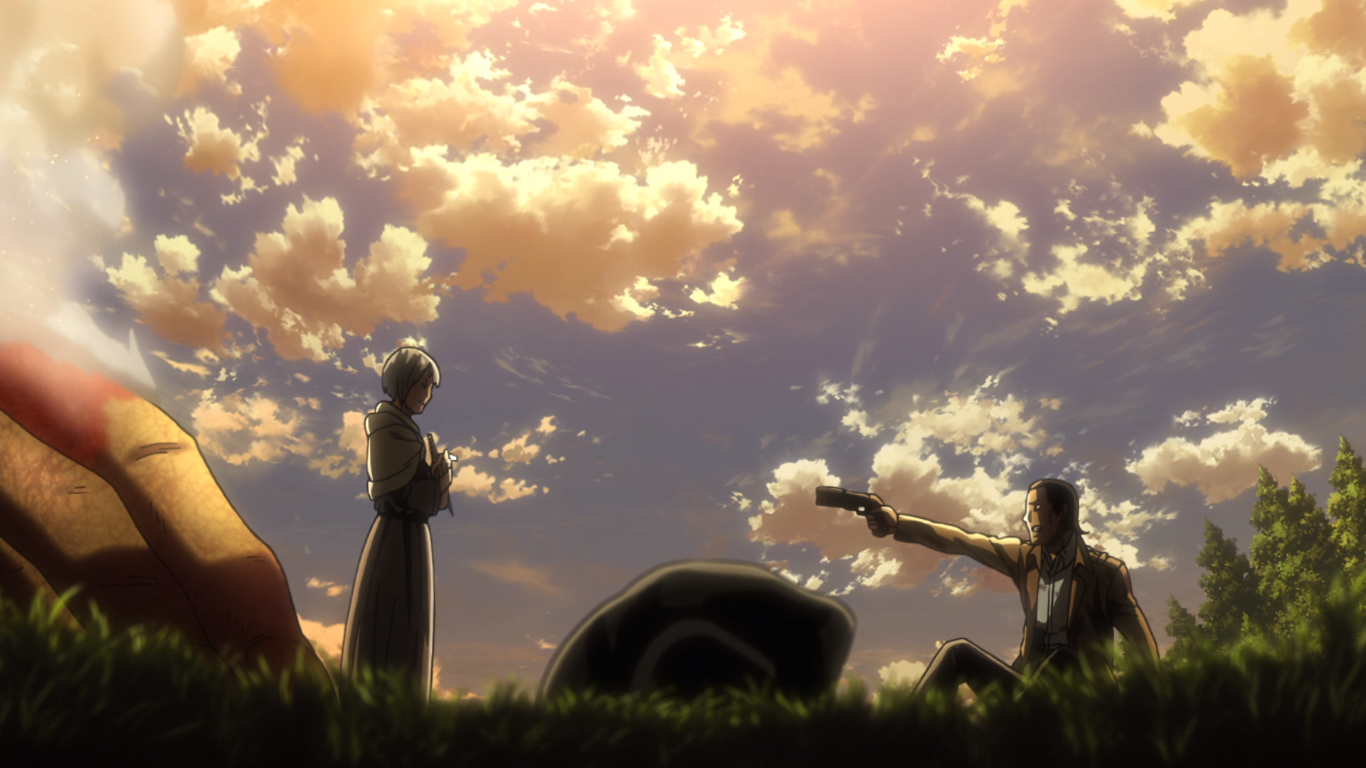 “Friends” was kind of low-key for much of the episode. Mainly a flashback about how Kenny became involved in Rod’s schemes, it nevertheless ended with some huge revelations that had me flailing incoherently for several minutes after the episode ended.

First of all, oh my god, they killed Kenny! For as much hype as he was getting before the season started, I thought for sure he’d be around for a while. I’m genuinely surprised that he died so early in the season. At least “Friends” ended with him telling Levi the truth about how they are related. I must say that Levi took that news with the same emotionless aplomb that he takes everything (except, apparently, being punched by a member of his squad).

Flashback episodes can totally wreck the pacing of a season, but in this case I think it was very nicely done. For a series like Attack on Titan, so much is going on that we as the audience simply don’t know, and sometimes it’s nice to take a break and get some answers. And what this episode did exceptionally well was humanize one of this 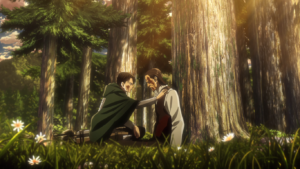 season’s primary antagonists. Kenny’s family has been persecuted the brink of extinction. When it finally ended, he searched for his sister only to find her dead. He took care of her son the best way that he could, but he knew he couldn’t be any kind of parent. And he was desperate to get the Founding Titan power because he hoped it would help him see the world the way that Uri and Freida did, and he thought that maybe it would make him kind the way that they were.

Also, let’s think about the absolute crap life that Levi has led up to this point. His mother dies, he almost starves to death, he’s stuck underground, the only father figure in his life abandons him, his best friends are killed by Titans, he loses half of his squad, and then he finds out that he’s been fighting his uncle seconds before he dies as well. Damn, son. I think Levi needs a hug. 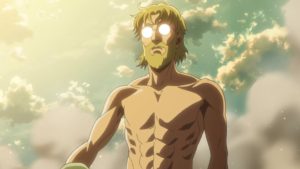 But that ending, everybody. That. Ending. Reiner and Bertholdt are back, and the Beast Titan kicked the Armored Titan’s big, armored butt. Things are nowhere near winding down! In fact, it looks like we’re just getting started!

Have you all seen “Friends”? What did you think?

Previous:Angels of Death 1×12 Review: Try to know everything about her
Next: The Unicorn Power Bank Is Here To Keep Your Phone Charged While Looking Cute!