Zombie-Musical “Anna and the Apocalypse” Stumbling to DVD This October! 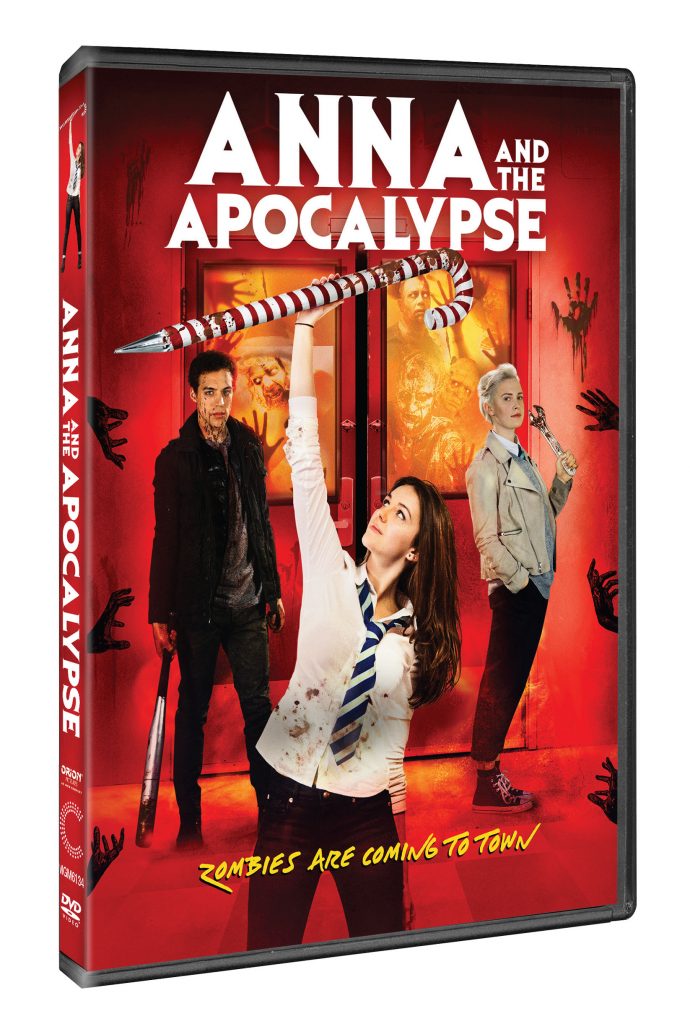 If there’s a zombie-comedy film I would recommend you all watch, it’s Anna and the Apocalypse. The highly-enjoyable zombie-musical will become available on DVD come October 1, 2019. Really, I had so much fun watching it!

The upcoming Anna and the Apocalypse DVD will give fans a behind-the-scenes look into the making of this film.

If I remember correctly, the movie was originally released in the UK back in November of last year. I’m actually surprised it took so long for it to be available on DVD. But anyway, do consider picking up a copy in October.

A zombie apocalypse threatens the sleepy town of Little Haven – at Christmas – forcing Anna and her friends to fight, slash and sing their way to survival, facing the undead in a desperate race to reach their loved ones. But they soon discover that no one is safe in this new world, and with civilization falling apart around them, the only people they can truly rely on are each other.

The film has an approximate running time of 93 minutes. The Aspect Ratio is 16×9 2:40 (Letterbox) with Audio being English 5.1 Dolby Digital. It’s rated R for zombie violence and gore, language, and some sexual material.

As I’ve mentioned, I enjoyed watching Anna and the Apocalypse. While it is supposed to be a comedy-musical about zombies, the script doesn’t shy away from adding some emotionally heavy stuff. It also features some good queer representation.

Are you interested in watching a zombie-musical? Let us know.

TOPICS anna and the apocalypse

Previous:Here’s the Ever-Growing Character Roster for The CW’s Crisis on Infinite Earths
Next: You Can Join the Closed Beta for “Agents: Biohunters” Right Now!