Welcome to the Ballroom 1×09 Review: Flower and Frame 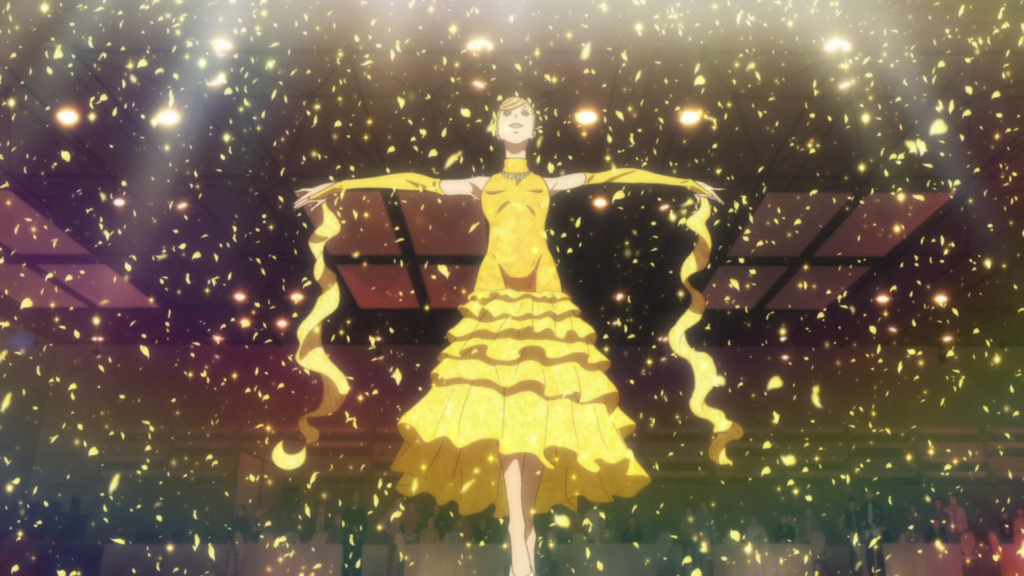 In “Flower and Frame”, Tatara’s evolution as a competitive dancer took a backseat as he followed up on Mako’s request and made her bloom.

“Flower and Frame” was all about Mako, as Tatara took to heart Hyodo’s advice from the last episode and tried to beat Shizuku, not Gaju. Tatara doesn’t yet have the skill to compete against anyone, and Mako has the skill but not the confidence. In their solo dance, Tatara made it his job to fade away so that people would only notice Mako. And as we learned near the end of the episode, couples are scored as a duo; by making himself so bland in order to let Mako stand out, Tatara ruined any chances they may have had of winning.

Still, “Flower and Frame” went a long way to improving the way that female characters are treated on this show. Mako getting the chance to shine and having the confidence to do so is such a huge improvement over how timid she has been up until now. Hopefully, next week, we can see the same from Shizuku.

Welcome to the Ballroom has beautiful animation and imagery, in this episode in particular – like Mako dancing up a storm in a shower of yellow petals – but most of the time, we’re given people’s amazed reactions to a move, rather than seeing it for ourselves. It is a little frustrating that an anime about ballroom dancing doesn’t have many animated dancing scenes, but considering how difficult it must be to animate the few seconds we get every week, I’d rather see the still frames than lose quality in the sequences. And this way, you get to see Hyodo’s smile when Tatara does a well-executed move.

Probably the most impressive thing about “Flower and Frame” is that they managed to make a twenty-plus minute episode out of a one minute dance. There was a lot of filler – a lot of flashbacks, even of stuff that happened in the last episode – but they were able to demonstrate the “flower and frame” concept a lot more skillfully than the manga.

What did you guys think of “Flower and Frame”?

Previous:Latest Trailer for Star Wars Rebels Moves the Story Toward Its End