Black Butler: My Descent Into One HELL of a Story 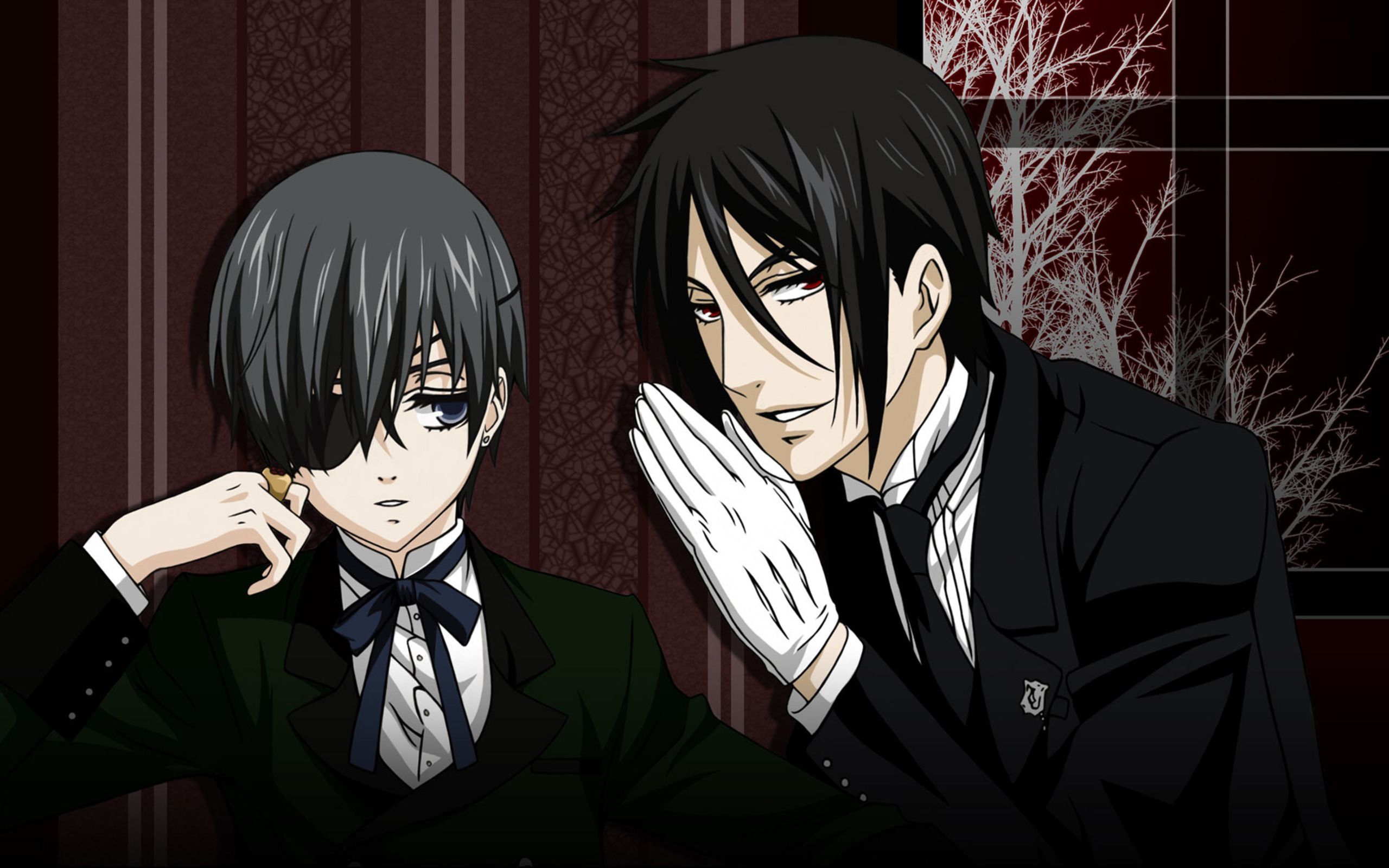 Black Butler (Kuroshitsuji) in my recent anime & manga obsession.  Come join me for one hell of a story! It’s worth your time.

I’m completely obsessed with Black Butler and will sing its praises to anyone who will listen.  I promise it’s well worth the time and investment.  And if the story isn’t your thing, at the very least you can enjoy over some of the best artwork in the manga and anime market today.  If nothing else, it gives me an endless supply of cell phone and computer wallpaper art that I can stare at all day long.

Black Butler focuses on a young Victorian-era Earl who contracts his soul to a demon in exchange for the power to get revenge on those who wronged him.  This wasn’t a rash childish decision on his part, despite the fact that he’s ten years old when the deal is struck (the series picks up slightly before his thirteenth birthday).

The people he’s seeking revenge against brutally murdered his family, burned down his estate, then sold him into a cult that tortured and attempted to kill him. The cult ironically sacrificed children on an altar in an attempt to summon a devil.

As luck would have it, a demon did make an appearance at one of their rituals, but it focused on little Ciel Phantomhive trapped in a cage waiting to be sacrificed instead of  contracting with any of the cult members present.  The contract seal forms over one of the child’s eyes, forcing him to wear an eye patch afterwards to hide the very obvious mark, which adds an interesting aesthetic layer to a character whose backstory is so deeply tragic right out of the gate. 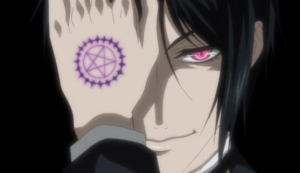 The demon takes on the form of a butler called Sebastian to match his new master, the head of the Phantomhive household.  His corresponding contract seal is hidden under his perfectly white butler gloves and he prides himself on upholding the “butler aesthetic” in every way.

As a result of their contract and the roles they’ve subsequently fallen into with each other, a deep partnership forms between them.

The bond isn’t always an easy one and Sebastian, despite showing that he really does care about Ciel’s well being quite frequently, is still a demon with a bit of a sadistic streak.  But that somehow meshes with Ciel’s personality perfectly and I can totally see why the chemistry between these two characters has become so popular.

Beyond being the Earl of Phantomhive, Ciel is also the “Queen’s Guard Dog.”  This basically means he performs a lot of her dirty work, which provides ample opportunities for him and Sebastian to go off on side adventures unrelated to the main plot.  It also opens up great opportunities for some amazing characters, such as the Undertaker, the mysterious and bizarre man who runs a funeral home in London, or Grell Sutcliffe, the flamboyant Shinigami who is constantly lusting after Sebastian.

Despite the peril they face on a near constant basis and Ciel’s age, the young Earl manages to hold his own in an admirable way.  Yes, he gets kidnapped a lot (a point that Sebastian likes to tease him about), but he’s way more intelligent, mature, and calculating than most adults in the series.  You would not want to run across the kid in a dark alley, with or without his demon butler beside him.  Ciel is a fierce protagonist, and Sebastian is the perfect balance for such a complex character.

I began my Black Butler journey by watching the first two seasons of the anime.  They’re pretty good, but later I learned that it veered off quite significantly from the manga halfway through season one, and season two is entirely made up for the anime crowd.

I did enjoy the anime, though, and before I knew there was more out there I thought it was a perfect ending to an epic story.  It seems like a great way to wrap up a long journey that doesn’t seem to have any satisfying way to resolve the conflict, and I was left feeling fulfilled with what I was given.

It’s a very definitive end, though, so when I heard there was a third season, I was completely baffled.  How can this show go on when everything is so very very final?  I then plowed into the third season to figure out just what the hell was going on. 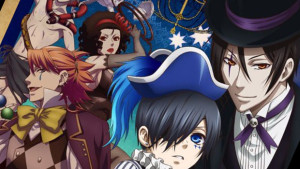 The third season takes place chronologically partway through season one, right after the anime veers away from the manga.  It’s the Book of Circus arc, and it’s extremely stylistic, dark, and deepens the backstories of the side characters way more than either of the first two seasons ever did.

One of my biggest beefs with the first two seasons was how archetypical the Phantomhives’ servants appeared to be, but Book of Circus showed a completely different side of the household and I was intrigued.  If this is a taste of what the manga has to offer, why the hell haven’t I read it yet?  And then my journey into the world of the Black Butler manga began, and I became trapped in a Kuroshitsuji obsession that has no way out.

Yana Toboso is an incredibly kind mangaka and she treats us fans so very well.  She manages to give the fandom exactly what it wants while still keeping the series palpable enough for the masses.  It’s a fine line to walk, but she walks it well.  If she was too cautious, I might not have taken an interest in the series in the first place.  But if she pushes boundaries too much, publishers may push back and the series would never have made it to an American market.  But here we are, with one of the best written, most visually stunning, and bold narratives I’ve ever read in my life.

The manga is set up in story arcs that span several chapters.  It does run through several heavily tropy concepts, such as an adventure stuck on an ill-fated cruise ship or having to go undercover as student and teacher at a boarding school, but it still manages to put just enough surprises and twists into these common scenarios that they don’t feel cliche.

The stories manage to tie together in an interesting way and have prompted thousands of thousands of words of fan theory about what may be happening behind the scenes.  The most fascinating of these theories is the Double Ciel Theory, but you know what?

Let’s not put our carts before the horse here.  Read the manga, maybe watch the anime, then revisit that theory for some mind-blowing fan thoughts on what we may or may not know.

Back to the point at hand, this manga is one of the best I’ve ever read.  Even if the story wasn’t as great as it actually is, the artwork alone is worthy of praise.  No, seriously, the artwork is mind blowing. 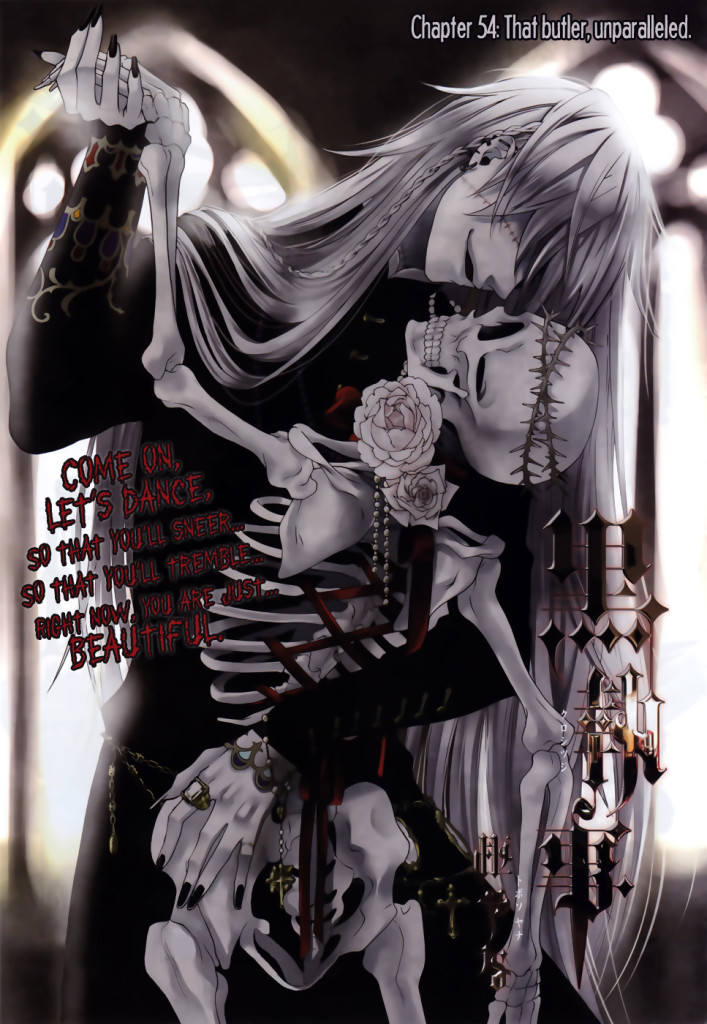 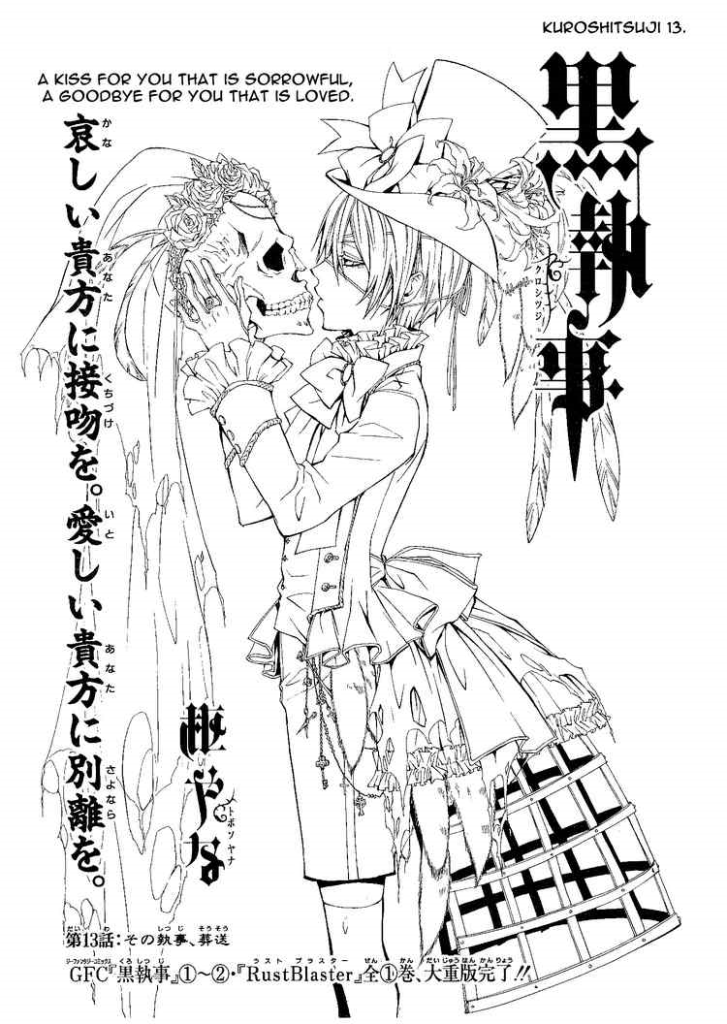 This artwork is MINDBLOWING. 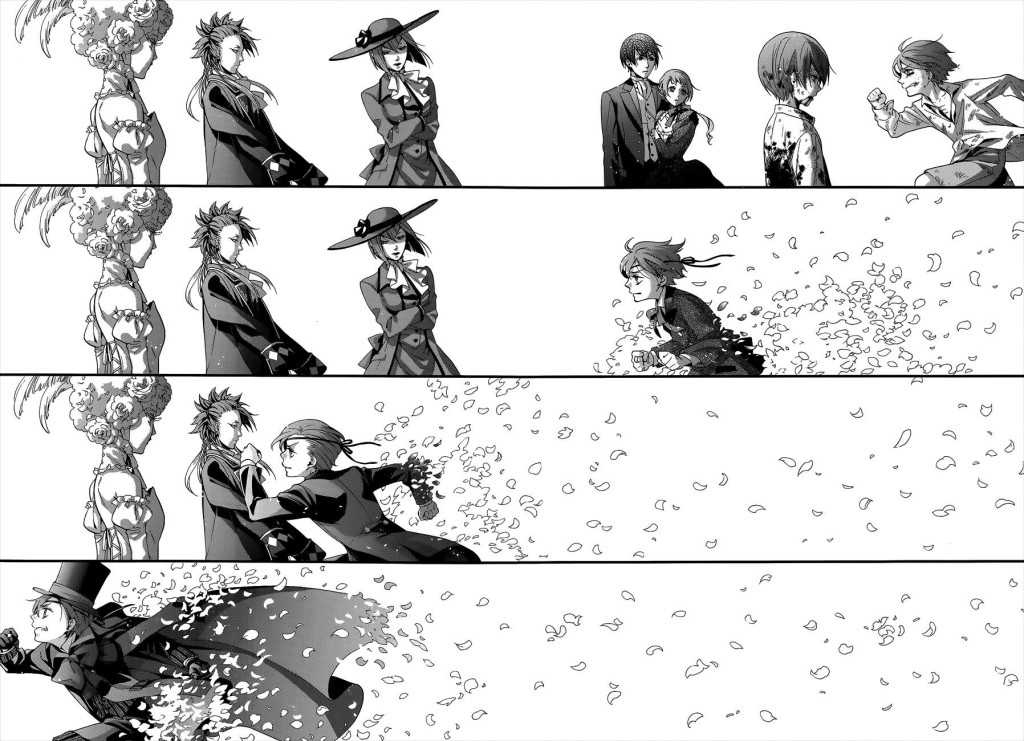 The manga is still ongoing (which makes the definitive ending of the anime’s second season super frustrating in retrospect).  I’ll be picking it up as a regularly reviewed series from here on out.  There’s also a movie in the works, though we don’t have all the details of what arc it’ll be covering, or if it’ll be a tangent like the anime was.  Either way, I’ll be reviewing that as well.  The point is, the fandom is gaining momentum and I’m in this for the long haul.

Please join us, because it’s one HELL of a series.

Previous:Expectations Are NOT The Worst: Let’s All Get Our Hopes Up
Next: Supernatural 11×7 Review: Plush