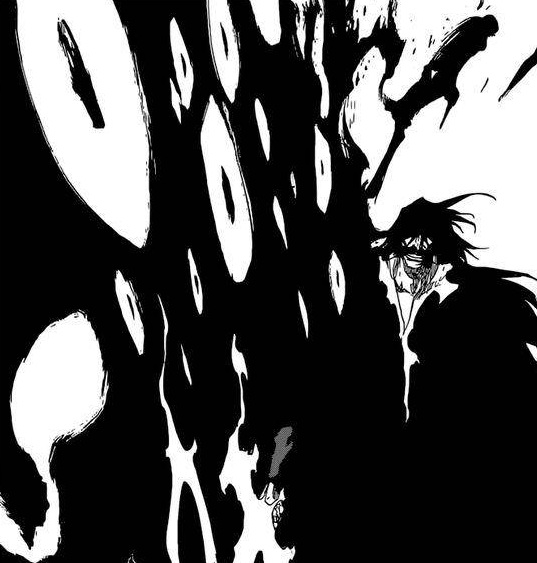 Ever since Yhwach’s debut in Bleach manga chapter 484, there has been a lot of speculation regarding his true powers. There is a reason why he is known as ‘The Almighty’, and in this week’s chapter, Tite Kubo explained the antagonist’s Godly ability!

This post contains major spoilers regarding Bleach manga chapter 678. You have been warned!

Bleach manga chapter 678, titled ‘The Future Black’, continued explaining Yhwach’s powers from the previous issue. The deadly villain also demonstrated his God-like ability and treated Ichigo Kurosaki, the main hero, as a punching bag. The difference in their power levels is quite obvious and right now I have no idea how our protagonists will be able to bring Yhwach down.

In chapter 677 we got the reveal that Yhwach is able to see all possible futures. He can use the acquired knowledge in such a way that he’s always ready for his opponents. However, in chapter 678 it was further revealed that he had the ability to transform the future itself. This is an exceptional ability to have. Yhwach was able to transform the future in such a manner that even Ichigo going into his Bankai form wasn’t able to do anything.

Orihime was able to block one of Yhwach’s attacks during the battle, but the villain again transformed the future according to his will. The outcome was changed in such a manner that Orihime never created the shield in the first place and Ichigo got injured.

Like I said, I have no idea how our heroes are going to defeat such a powerful villain. How does one even start to fight a being capable of changing the future? I’m definitely looking forward to seeing the result of the current battle.

What did you think of Yhwach’s powers in Bleach manga chapter 678? Will Ichigo be able to defeat such a foe? Let us know!

Previous:Game of Thrones 6×8: No One
Next: Knights of the Borrowed Dark: No Harry Potter But Still a Good Read