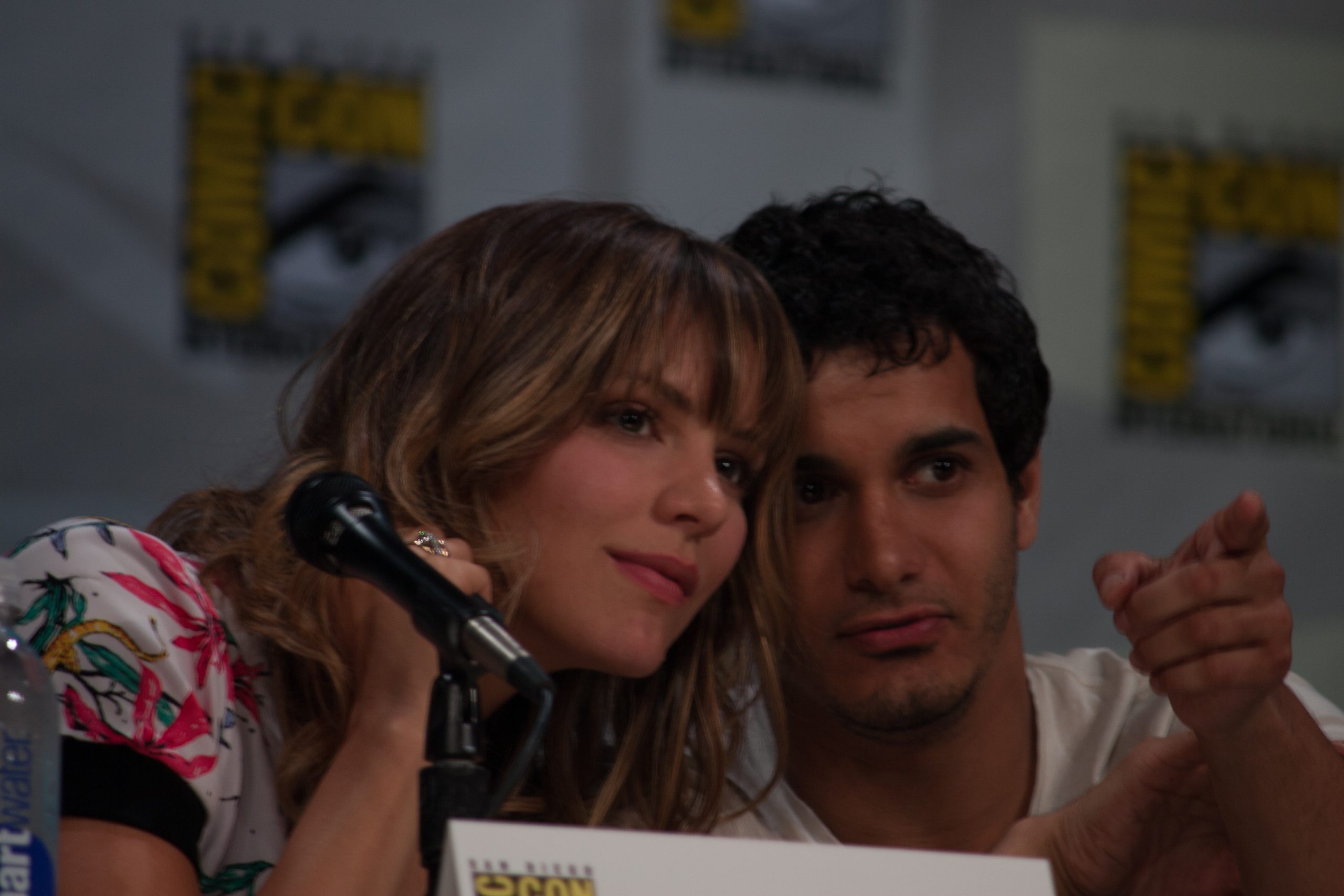 Every once in a while as you’re waiting for panels at San Diego Comic Con networks will sandwich show pilots into any space they can in an attempt to get publicity for a show that hasn’t been getting much buzz.  That’s exactly how I ended up watching the Scorpion pilot, even though the premise and genre aren’t things that I would have actively pursued otherwise.  CBS placed it into in their block of programming on Thursday in Ballroom 20, where many people were camping out for the more popular Teen Wolf and Hannibal panels just a few hours later.  I’m not entirely sold on the show just yet, but I was rather surprised at how charming Elyse Gabel and Katharine McPhee were together.  Their natural chemistry on the screen and closeness during the panel that followed the pilot screening were definite highlights for me.  The content of the episode and the supporting characters, however, haven’t quite convinced me that this is a show worth watching this fall.

Scorpion (stylized as </scorpion>) is the story of a fictionalized version of real life IT genius Walter O’Brien.  Walter is an extremely intelligent individual who hacked NASA at a young age because he wanted to decorate his room with blue prints.  His high IQ meant that the government decided to use him for their own gain, but an incident that is only briefly touched upon in the pilot caused him to leave his job with the government and pursue other things.  The show jumps several years into the future and he is once again called on by the government to help them resolve a crisis situation that nobody else is intelligent enough to fix.  This time he brings in several of his friends, as well as a waitress (McPhee) at a restaurant that inadvertently becomes the HQ for their emergency rescue operations.

The plot itself was fast paced and I wonder if all episodes are going to be so quick or if they were trying to cram in all the plot and character introductory exposition at the same time.  We learned a lot about our lead character, O’Brien, and got thrown into a huge crisis, but most of the side characters came off a dull stereotypes.  This was just a pilot episode, though, and perhaps they’ll be fleshed out as the series progresses.  Even McPhee’s character, whom I thought was a highlight of the episode, could have used a bit more fleshing out before she was suddenly thrust into having to race down a tarmac and hang out of a convertible while connecting a laptop to a moving jumbo jet.  All we know about her now is that her son is a genius, she’s a waitress, and she’s ballsy as hell.

By the end of the episode it’s clear that she’s meant to act as an emotional balance to the characters that supposedly have trouble connecting emotionally with other people.  The very concept that intelligent people have trouble connecting with people emotionally didn’t sit well with me, but the original Walter O’Brien was on the panel and seemed supportive of that portrayal.  He’d apparently been consulted on how the characters dealt with things on an emotional level, but it’s important to note that his experience doesn’t speak for everyone.  I can easily see this not being a relatable experience for everyone, but it’s possible that there are people out there who are seeking this type of representation on TV and this might come as a breath of fresh air.

If this show continues, I look forward to discussion from the low EQ/high IQ community on the relatablity of the characters.  I also hope the episode pacing slows down a bit and gives the characters a chance to breathe.  If these two issues that I had with the pilot could be resolved, I think this show has a lot of potential.  It could very well become part of my own fall line up.  It just needs to get over the typical pilot episode hurdles and wait for feedback from the communities its trying to portray before I consider it “good.”