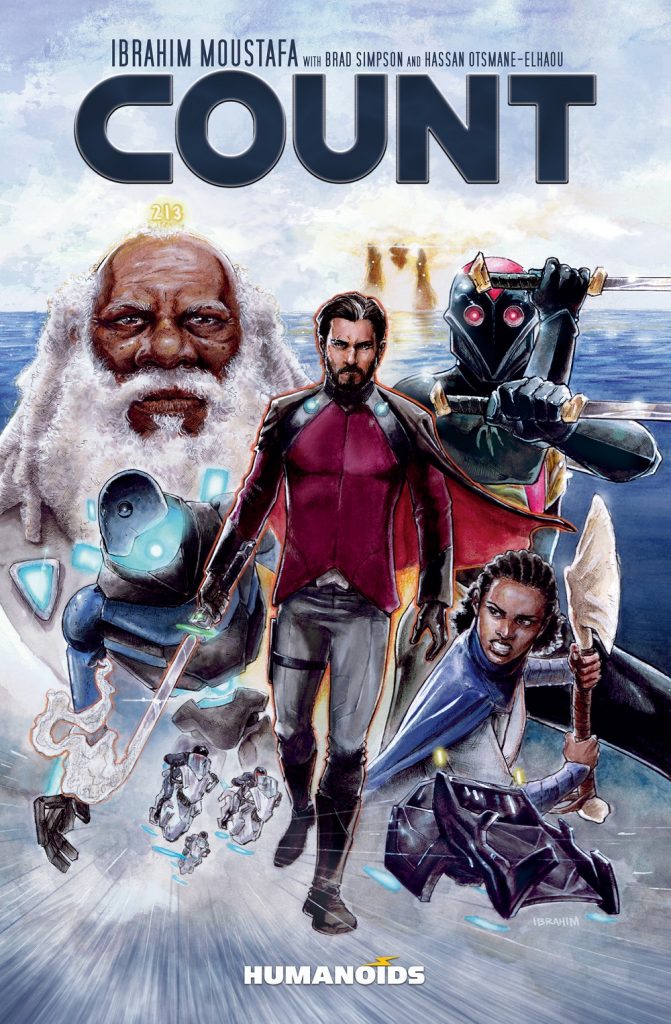 Humanoids have announced a three-book deal with Eisner Nominated writer and artist Ibrahim Moustafa. Humanoids will publish Moustafa’s graphic novel Count, which has been described as “a bold, science-fiction adaptation of The Count of Monte Cristo classic story.” It is scheduled to be released in March 2021.

According to the press release, Humanoids, the Los Angeles-based publisher, will share details of the other two books with Moustafa at a later date.

“Ibrahim Moustafa’s COUNT is phenomenal,” said Humanoids Publisher Mark Waid. “Ibrahim has taken a classic text and brought a modern sensibility to it, with widescreen storytelling and clever reinvention. This book is a signpost for the kind of graphic novels that we’ll be publishing in the months and years to come.”

The description for the upcoming graphic novel reads:

COUNT follows the adventures of one Redxan Samud. Framed for treason and wrongfully imprisoned at the hands of a jealous and corrupt magistrate, Redxan Samud escapes his breathtaking hover-prison with only one thing on his mind: revenge. Samud sets out to dismantle the lives of those who have wronged him, disguised as a Man of Status with a newfound fortune at his disposal and his Automaton Retainer Unit (Aru) by his side. But as collateral damage accumulates, Samud is caught between using his new fortune for the good of the people or to pursue the revenge he so desperately desires.

“Humanoids has always been at the forefront of publishing beautifully produced, imaginative graphic novels,” said Ibrahim Moustafa. “I’m incredibly honored to have COUNT added to that pantheon, and grateful for a long-term commitment to publish more of the kinds of stories I’d like to tell.”

“With everything going on in the publishing world right now, we felt that it was important to let the creative community know that Humanoids is open for business and looking for transgressive, thought-provoking graphic novels,” shared Waid. “And that’s just the beginning. It’s too early to do much more than tease our 2021 slate next year, but it’s thrilling to see so many creative voices joining Humanoids.” 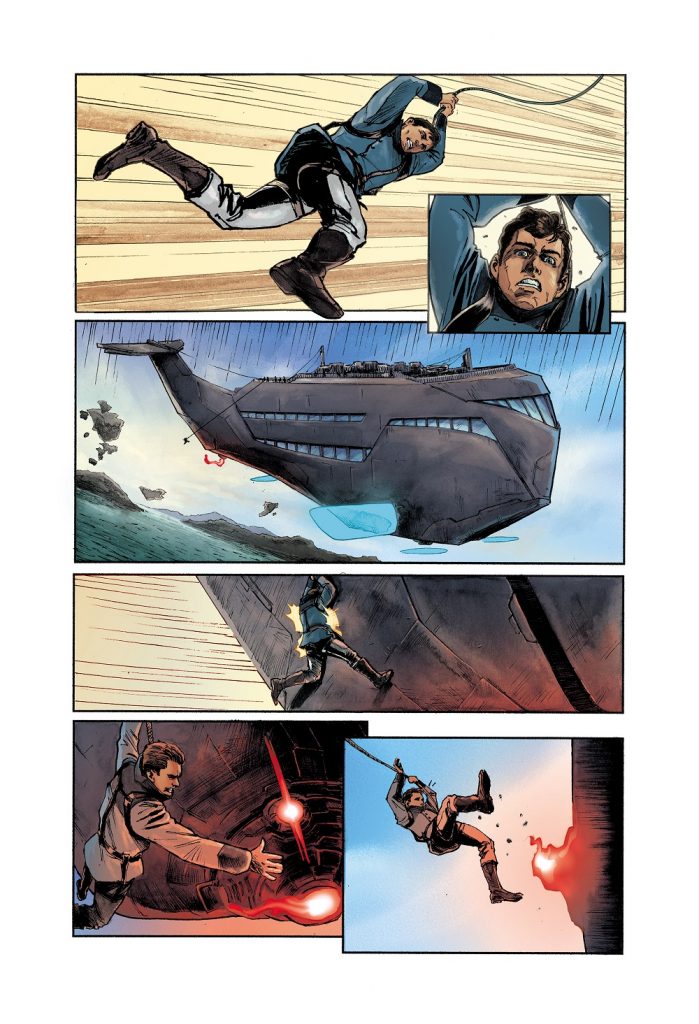 Other guests include comic icons such as Brian Michael Bendis and Matt Fraction, who join up-and-coming voices like Helen Mullane for “an endless dive into trailblazing sci-fi, fantasy, and horror.”

The podcast will debut this month.

As for Ibrahim Moustafa, he is an illustrator and comic book writer and artist from Portland, Oregon. Best known for his Eisner-nominated comics Jaeger and High Crimes as well as his work on titles such as James Bond and DC’s Mother Panic, he has been published by DC Entertainment, Marvel Comics, Image Comics, Dynamite Entertainment, Dark Horse Comics, BOOM! Studios, Valiant Entertainment, and IDW Publishing.

Previous:“Vikings” Season 6 Volume 1 Releasing On Blu-ray and DVD This October!