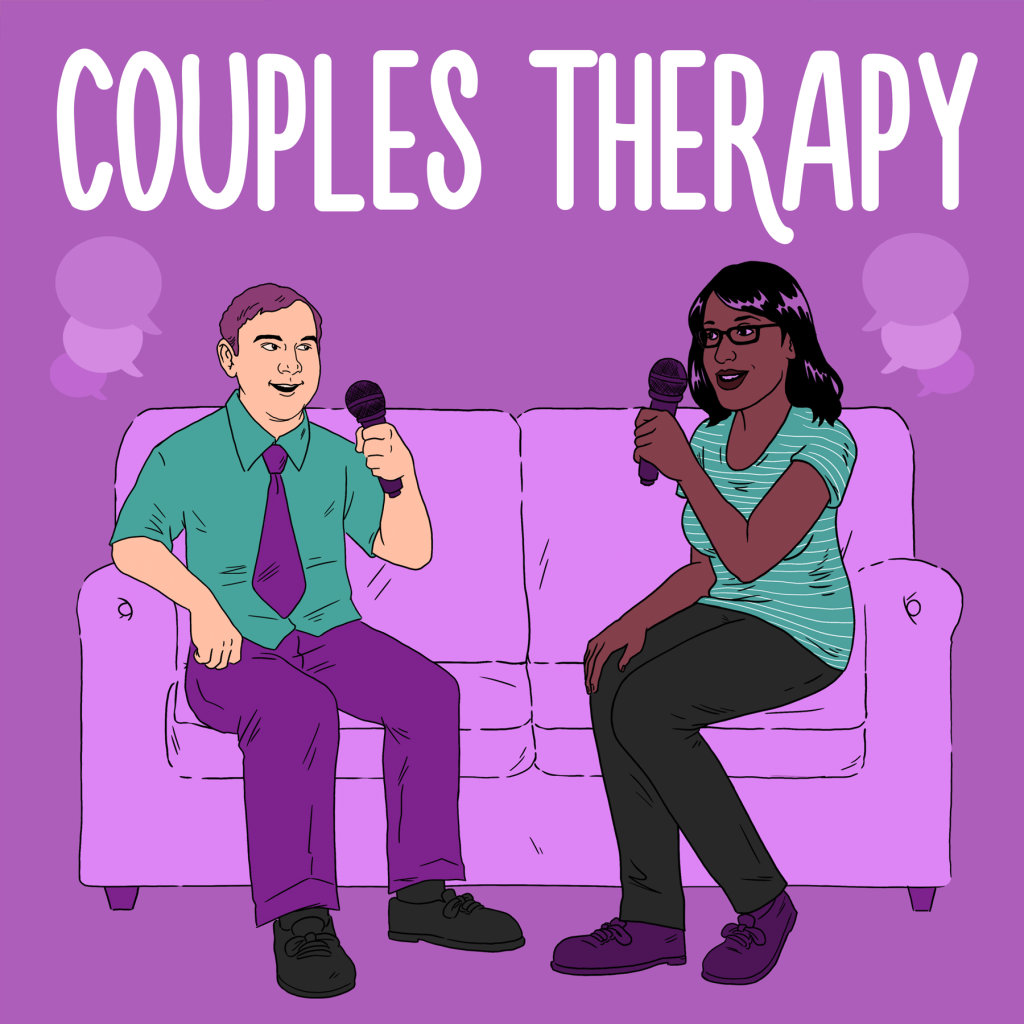 Now that 2 Dope Queens has officially ended, you might find yourself craving a comedy podcast hosted by a duo with incredible chemistry featuring an awesome and diverse lineup of guests. Open your hearts and loosen your butts: Couples Therapy has it all.

Hosted by real life lovers/fiances Andy Beckerman and Naomi Ekperigen, Couples Therapy is a podcast version of a live show of the same name they put on in New York and Los Angeles. Andy and Naomi banter between the sets, which are taped from the live shows for the podcast.

Each of these sets feature a couple speaking about their relationship. Often, they are romantic partners, but not always; sets so far have included best friends, siblings, coworkers, and more. Each duo may prepare their set, and the amount of prep varies wildly between them – with hilarious results. But Couples Therapy is not stand up, nor sketch – it is a peek at the human condition and the bonds we share. And it’s darn funny to boot.

Naomi and Andy are a comedic dream team. Her musical voice and sharp timing mixed with his weirdness and bubbling energy make you feel content and comfortable and keep you laughing. They feel like your pals, speaking casually about issues in their own lives independently and as an engaged IRC (interracial couple). Their own sets from the live show are frequently featured, and they are always a delight.

Couples Therapy is deliberately lighthearted, intending to offer a respite from the 2018 nightmare world in which we live. Don’t mistake the merry tone for a lack of substance; Couples Therapy is a podcast that reminds us of our precious human connection. The history of our species is defined by the way we bond with each other, and glimpses into different intimacies that exist between two people is a reflection of the best of humanity.

If there is one critique of Couples Therapy to be had, it’s that the sets are hit or miss (more hit than miss, though). That is a highly subjective measurement, however, and since there’s three per podcast episode, it’s quick and easy to listen through it or skip around as you prefer.