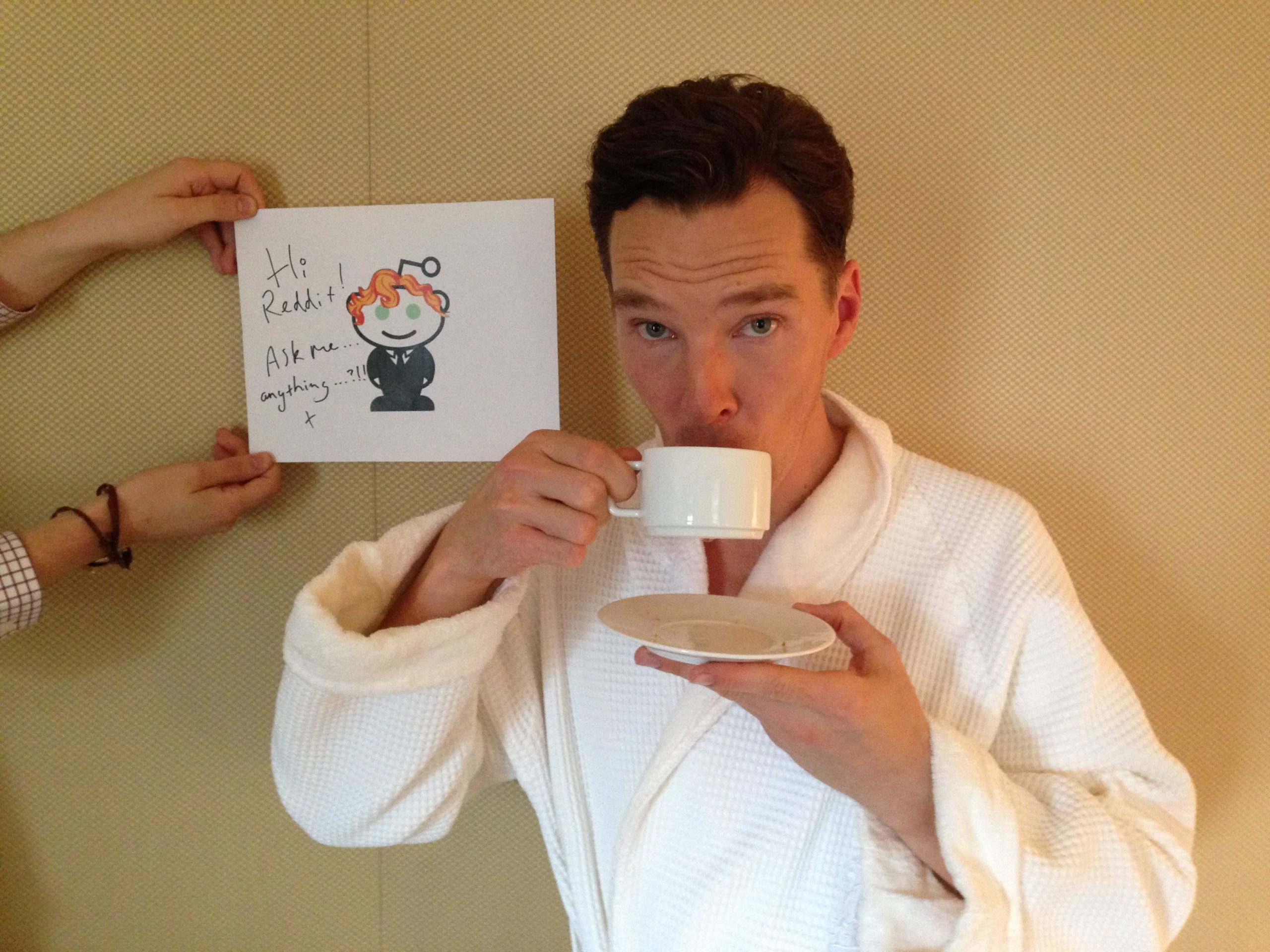 The subreddit forum /r/cumberb****es apparently made a blood pact to behave themselves when Benedict Cumberbatch arrived for the AMA, but Benny seemingly didn’t get the memo. He arrived with loads of sarcasm, strings of profanity, and mental images that are bound to break the Internet. But it wasn’t all fun and games. When pressed about the controversy surrounding Julian Assange’s adamance against his portrayal in the film, Cumberbatch responded with a long verbose, but heartfelt message.

Let’s start with what’s been making the rounds on the Internet the most, though, shall we? The response that is stirring up the most commotion was to a rather silly question:

Do you, Matt smith, and Tom Hiddleton have cheek bone polishing parties?

And with that, the tone of the AMA was set. 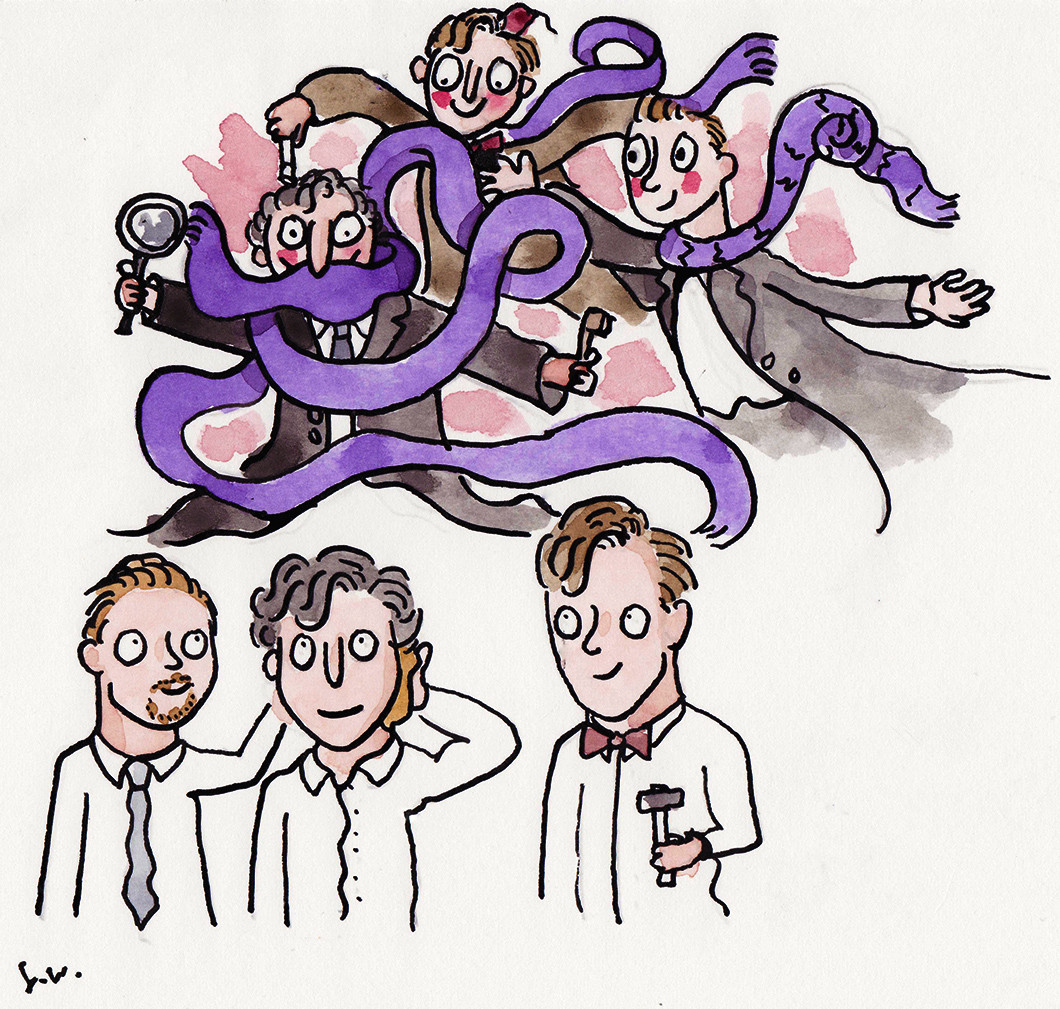 He went on to be a surprisingly sarcastic jokester for much of the thread. When asked what was in his pocket he responded “my hand.” When asked how he was typing he said “with my left foot.” Another user asked if he’d endorse a product called “CumberBritches,” which he said yes to “Only if you get me a billboard slot in Times Square.” Fans immediately began to think of ways to put together a KickStarter and make CumberBritches a reality.

The thread was bound with people dying to know how Sherlock survived the fall in The Reichenbach Fall, of course. It’s been a source of fan speculation for almost two years now and we still have several months to go before we know the truth. He was asked: 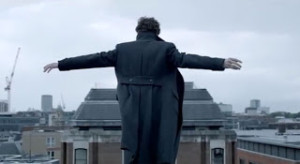 Is it hard to keep the secret of how Sherlock survived? Do you ever have the urge to tell someone? If so, how do you cope?
Benedict Cumberbatch brought back the sass and responded:

I cry myself to sleep at night. And then wake up laughing.

When pressed even further about how Sherlock survived he responded:

Haven’t you seen winged suits on YouTube?? I told you I was into skydiving. How many more clues do you need people?

When a Redditor mentioned that she and her husband named a fish after him, he used it as an opportunity to sass Sherlock fans some more:

I hope that fish lives a long life. Don’t put it near any rooftops.

A fan brought up a new term for Cumberbatch fans. The often cited “Cumberb*tches” has become a sticking point for many for its inclusion of a gendered slur. Some of begun calling themselves a “Cumbercookie,” and when in groups they become a “Cumberbatch.” When presented with this idea, Cumberbatch responded:

The AMA wasn’t entirely light-hearted, however. Reddit community members began up-voting a question about Julian Assange’s strongly worded letter towards him. Some began to heckle Cumberbatch, stating that he was dodging the question. After several long minutes of silence (where I, personally, thought he might have left the AMA all together), he posted a verbose and honest response:

To have the man you are about to portray ask you intelligently and politely not to do it gave me real cause for concern, however, it galvanized me into addressing why I was doing this movie. He accuses me of being a “hired gun” as if I am an easily bought cypher for right-wing propaganda. Not only do I NOT operate in a moral vacuum but this was not a pay-day for me at all. I’ve worked far less hard for more financial reward. This project was important to me because of the integrity I wanted to bring to provocative difficult but ultimately timely and a truly important figure of our modern times. The idea of making a movie about someone who so far removed from my likeness or situation who brought about an ideal through personal sacrifice that has changed the way we view both social media, the power of the individual to have a voice in that space, and be able to question both the hypocrisies and wrongdoings of organizations and bodies of powerful people that rule our lives… This resonated deeply with my beliefs in civil liberty, a healthy democracy, and the human rights of both communities and individuals to question those in authority. 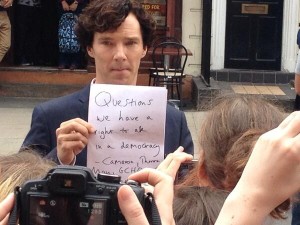 Cumberbatch made it quite clear that this is something he put a lot of thought in and that he felt was important, but his response didn’t stop there. He went on to defend the film itself, stating that it “illuminates the great successes of wikileaks and… [Julian] Assange.” Cumberbatch has gotten political before, most notably on the set of Sherlock (which fans have dubbed “Setlock”) where he held up several signs to the crowd of enthusiastic onlookers. He’s aware that these fans have direct and immediate connections through social media and decided to utilize that platform to get his message out. His response on Reddit seems to further that theme. His answer to this particular question went on to state:
The Fifth Estate is a powerful, if dramatized, entry point for a discussion about this extraordinary lurch forward in our society. I wanted to create a three-dimensional portrait of a man far more maligned in the tabloid press than he is in our film to remind people that he is not just the weird, white-haired Australian dude wanted in Sweden, hiding in an embassy behind Harrods. But a true force to be reckoned with, achieved the realization of the great ideal. I’m proud to be involved in tackling such a contentious character and script. There is only personal truth in my opinion, and the film should provoke debate and not consensus. It should be enjoyable and ultimately empowering to realize that Julian has spearheaded a movement that is the foundations stone of The Fifth Estate, people journalism and what that is capable of including finding out the “truth” for yourself. 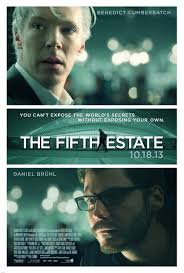 When Redditors pointed out that this is why his excessive verboseness is why he can never have a Twitter account, he tried to summarize his entire long answer into less than 140 characters.

Julian complex important proud to have attempted an interpretation. Film out Oct. 18 #FifthEstate

And with that, the AMA was back on course for the funny. “Wow, the fact that you took the time to type all that out. you are amazing,” one user commented. “And he typed that out with his left foot,” another user replied, harking back to a joke made earlier in the AMA.

Benedict made another surprise appearance in these comments by responding: “I used a bit of my right, too. And my nose. My hands were busy scratching my head.”

Overall, the sass in his responses surprised many. He was asked if his increase in sass level was because of his work with Martin Freeman. He responded:

Well of course Martin will be furious unless I say I owe it all to him. And believe me, his wrath is more fearsome than any dragons.

After two hours of back and forth, the AMA came to a close. For most participants in the thread it was a satisfying mix of heartfelt responses, sarcasm, and a healthy dose of teasing. Many of his responses are sure to break the Internet and will not soon be forgotten. I know the image of a space cheek bone polishing party is going to stick with me for a long, long time.

Written by Angel K with contributions by Princess Audrii