“Dark Red” Issue 1 Review – A Different Take On A Vampire Story I Have High Hopes For! 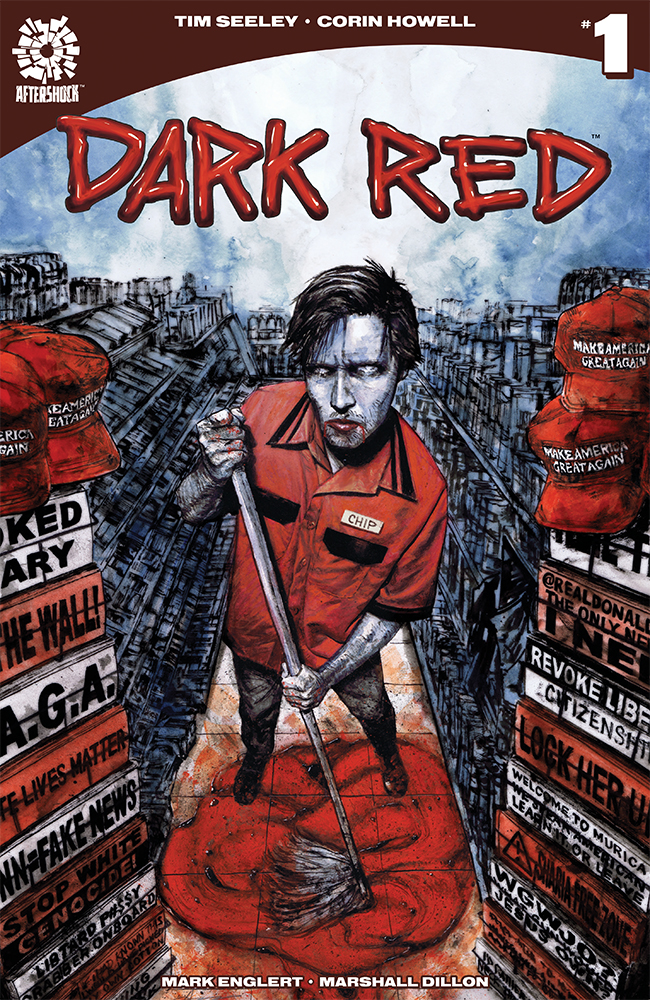 The reason I decided to read Dark Red Issue 1 is because it has been published by AfterShock Comics. And only one issue in, I already have high hopes from this vampire story.

I mentioned AfterShock Comics because it is currently publishing Animosity which, in my opinion, is one of the best comic book stories currently out there. Think Planet of the Apes but every animal and insect is involved. It is great. Do read it!

Also, the cover for Dark Red Issue 1 is quite politically charged. So, I checked the preview and due to the lead coming across as queer (I sensed a vibe), I decided to read the entire thing.

Now, I’m not sure if the lead character, named Charles “Chip” Ipswich, is supposed to be queer or not, but the story itself is very interesting. It is tough to do something different with vampires. That is why the kind of characters involved in the narrative is important to me.

Writer Tim Seeley has done a good job of introducing characters I want to know more about. He has also laid some groundwork for what is yet to come. The art by Corin Howell is awesome to look at. She draws very good scary vampires and makes sure everyone looks distinct (which, as an artist myself, is a tough thing to do). As I said, I have high hopes from this story.

Chip is a vampire who likes to keep his identity a secret. He lives a dull life and his friend Evie Keen, who makes too much blood due to an illness, helps keep him fed. I liked the interaction between the two. Evie wants to become a vampire. It is definitely a “grass-looks-greener-on-the-other-side” scenario with her. Chip is the one who has to live as a bloodsucker and he doesn’t want Evie to share the same fate.

Seeley also touches on how certain people in rural America think. There is also a mystery in the narrative which I want to know more about. The first issue of Dark Red also has a lot of gruesome action in it as well.

There are a lot of things I enjoyed about Dark Red, and I recommend you pick it up, too.