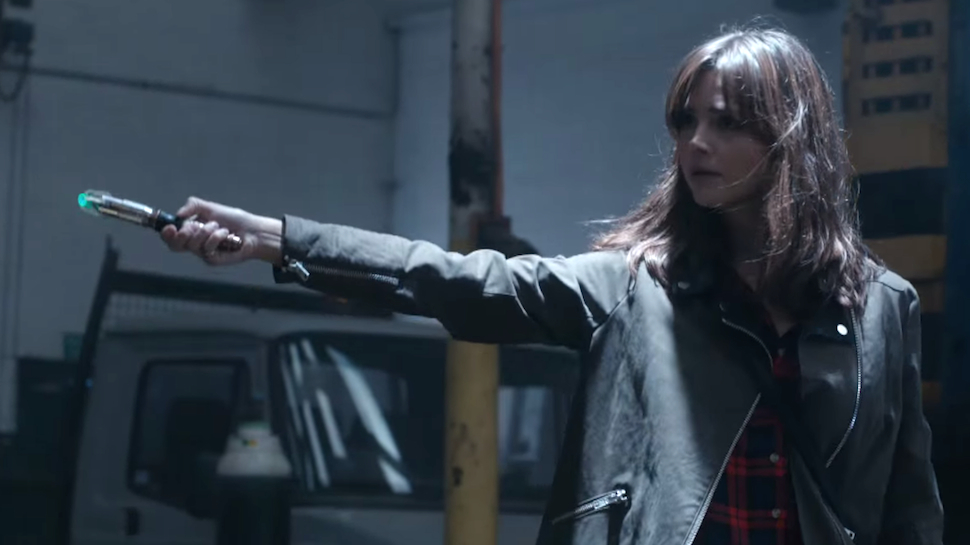 This is the first episode of the season that I’ve genuinely enjoyed.  Was it perfect?  No.  There were still parts that irked me, but for about 90% of the episode I was genuinely loving the characters, plot, and visuals to the point that I’d almost forgotten how much of a drag the rest of the season had been.  Clara had a much needed chance to shine separately from the Doctor and the episode’s villains were truly terrifying.  The fact that the Doctor was a secondary character for most of it makes me stop and wonder what it is about this season that’s bothering me.  I go on and on about how much I want to like Capaldi and adore his acting talent, but when you remove the character from the center of attention I suddenly enjoy the episode way more than the other episodes of the season.  Strange how that worked out, isn’t it?  It definitely makes me ponder my overall feelings on this season. 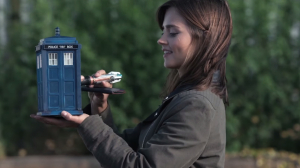 This was truly Clara’s episode and Jenna Coleman knocked it out of the park.  While Clara relies on the Doctor’s experience and knowledge throughout most of the episode, she’s the one calling the shots and making quick decisions when it’s desperately needed.  At one point she even asks, “Doctor, what would you do now?”  She then corrects herself and asks “no, what would I do now?”  While the Doctor delivers the final blow to save the day, he wouldn’t have been able to do so if it hadn’t been for Clara and her ingenuity.  This is a fact he seems to recognize when he credits Clara with saving the world at the end of the episode.  Her ability to save the day independent of the Doctor is thoroughly established at this point and she doesn’t have to be ‘The Impossible Girl’ in order to be magnificent.  She can just be Clara Oswald, who happens to be an amazing person who is perfectly capable of saving the world.

Of course, not everything involving Clara is perfect.  Her lying to Danny is not a good character trait and it bothers me immensely.  On the one hand I understand why she’s doing it, but that doesn’t mean I have to like it.  She wants to have a steady relationship with Danny and travel with the Doctor.  To her those things need to be separate.  They shouldn’t need to be, though.  While Amy and Rory’s relationship often had some conflict due to the danger the Doctor often put them in, Rory was still very much a part of Amy’s life with the Doctor.  The Amy-Rory-Doctor trio was by far my favorite group of the new series of Doctor Who so far and, while I don’t expect this group to emulate them, I am hoping they find a similar level of acceptance and co-existence. 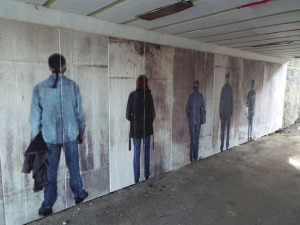 The antagonists of the episode were also incredibly unique and absolutely horrifying, which really helped me immerse myself in the story.  A large chunk of the episode was spent trying to understand these new creatures and figure out their motives.  When it’s made clear that they have no interest in co-existing with humans, it becomes a true battle for survival.  Morality about alien races is a common theme through a lot of Doctor Who.  Is this alien species misunderstood, or are they truly malevolent?  In this case they’re absolutely malevolent and that always escalates the stakes.  While I wouldn’t place these villains up there with the Weeping Angels or the Silence, they are definitely in my top 10 favorite baddies of Doctor Who so far.  They aren’t just some strong sentient alien race, but something that can chase our main group with a supernatural efficiency.  They are practically inescapable and have the ability to adapt, evolve, and constantly one up Clara and her companions.  It’s horrifying.

The idea of “goodness” makes an appearance in the closing dialogue, though, as the Doctor refuses to call Clara a “good” Doctor, but rather an “exceptional” Doctor.  The ongoing theme of the season seems to be the Doctor questioning his own morality and sense of “good.”  While I’m sure this morality question is supposed to reflect things like his moral code in regards to life, I can’t help but apply it to his general jerkish behavior.  Thankfully I didn’t detect any insults towards Clara’s appearance in this episode, perhaps because of the fact that the weren’t in the same space for most of it, but that has been an ongoing issue with the entire season as well.  Is the Doctor “good?”  I don’t know, but this iteration is definitely a jerk and he needs to curb that before he becomes one of the most unlikable Doctor’s in recent memory.  Plenty of Doctor’s have tackled the morality question without having the constant insulting behavior that this Doctor has.  The 9th Doctor’s moral dilemma when he has the opportunity to destroy the Daleks is the most notable instance.

This was my favorite episode of the season so far and I’m really happy to finally have an episode I’m looking forward to rewatching.  There’s not much of the season left and the overarching plot has only had very brief appearances thus far.  While I’m usually more drawn to the longer plots, so far this weeks MOTW episode was far more interesting than the plot of the season has been.  I suppose when you wait too long between episodes that focus on the longer plot, it’s easy to lose the excitement for it.  But I’m happy that I at least had one episode that I really enjoyed because I was beginning to feel like quite the Debbie Downer of Doctor Who fandom.  It was great to take off my Captain Buzzkill hat for the week and just enjoy the show.