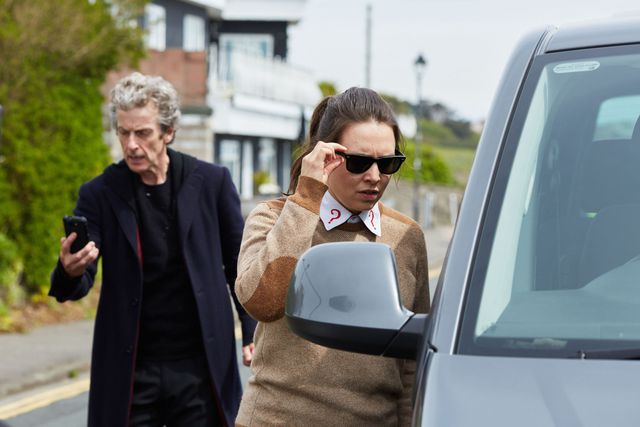 It’s a double feature this week because travelling around the world without a TARDIS doesn’t make it easy to keep up with a heavy TV schedule. Honestly though, I’m glad I get to talk about these two episodes together because they really are one story – unlike a couple of the other two-parters we’ve seen this series. It’s also good to talk about both of them together because the first part, “The Zygon Invasion”, wasn’t all that impressive, but it did come together for a rather good conclusion in “The Zygon Inversion”. 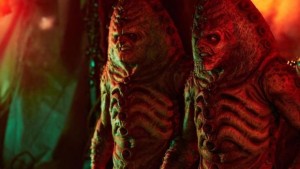 “The Zygon Invasion” begins with a massive “previously on…” catch up session to remind the audience about everything that happened with the Zygons in “The Day of the Doctor”. Basically there was a treaty and now the Zygons have been resettled and are living as humans. Also there were two Osgoods – one human, one Zygon – and one of them died but we don’t know which one. They don’t think it should matter, though, because they’re both Osgood in the end. Anyway, peace in our time is not going so well, and there’s a splinter group causing trouble, so Osgood calls in the Doctor because it’s the Nightmare Scenario.

The Doctor arrives, the situation escalates. People die. Also it turns out Clara was a Zygon for most of the episode, which was surprising to literally no one. At the end of the episode Zygon-Clara (aka Bonnie) shoots the Doctor’s plane with a rocket launcher, which is always a cool way to kill someone. It’s okay though because this is another to be continued…

In “The Zygon Inversion”, we quickly discover that Clara has a certain amount of control over her Zygon counterpart so she’s able to buy the Doctor enough time to parachute out of the plane before it blows up. Osgood breaks her glasses and wears the Doctor’s sonic ones as replacements. Bonnie is forcing Zygons to reveal their true faces, even if they don’t want to. The Doctor has a plan, and Clara seems to be in on it sort of maybe. There’s a telepathic interrogation, Kate Stewart returns from the dead, and everyone ends up in the magic bunker standing in front of two boxes with two very difficult choices.

Turns out it’s a metaphor for war. Two boxes, each with two buttons. Bonnie and Kate have to decide whether they want to take the chance or take high road and stop the war before it begins. The Doctor makes an incredibly rousing speech that is one of two things that I absolutely loved about these episodes.  And of course everyone decides not to press any buttons. Then Bonnie becomes the second Osgood, and the Doctor leaves the world to clean up his mess again. Also much foreshadowing about Clara’s death… again.

Doctor Who is not subtle. I know that. It’s not trying to be subtle. It’s one of things I love about this show. But sometimes it’s a little heavy handed even for me. This is one of those times. Doctor Who has tackled the ethics of war many times before. It’s a consistent theme running through the show, so it’s not really surprising every time it turns up, but because it’s something that’s been discussed before, I kind of expect them to say something new and different. “The Zygon Invasion” & “The Zygon Inversion” don’t really have a particularly interesting take on this well-worn topic. 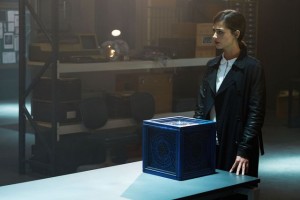 Mostly this two-parter was pretty filler. I actually found myself getting a little bored in “The Zygon Invasion”. All the reveals that happened towards the end of the episode were stupidly obvious really early on. I mean, there was no way Clara would just leave that kid in that apartment and that cop in Truth or Consequences was not very subtle about the fact that she was a Zygon. I didn’t for a moment think that Kate had died, or that the Doctor had blown up; I was just waiting for everyone else to figure out what I thought was super obvious.

There were also a lot of unfortunate implications in these episodes. I understand that they were trying to say something about terrorism. And the Doctor did constantly remind everyone that the villains were a small minority and not representative of Zygons as a whole. The problem is that the splinter group’s core message wasn’t all that bad. They wanted to be themselves – but those that wanted to show their true Zygon forms were painted as villains set up in opposition of those that wanted to assimilate into human culture. Can you see what I’m saying with this? The implications are not very good. I don’t think that’s the message they were trying to get across with this episode, and I think they tried to say something good but ultimately they failed.

That said, there were two things in these episodes that almost made up for all the other problematic stuff they were saying. The first was Osgood. She was brilliant. I loved everything about her, and how she refused to answer the question about whether she was Zygon or human even though it made everyone (including the Doctor) incredibly uncomfortable. And she really did seem to believe it. It wasn’t an act, or a trick. Osgood is genuinely both human and Zygon and that was beautiful. I want more of her, please.

The second thing that made me love this story was the Doctor’s epic speech at the end of “The Zygon Inversion”. The Doctor has given some spectacular speeches, but this one is definitely going to go down as one of the greats. And Peter Capaldi’s performance? I want to put it in my coffee every morning like sugar. It was amazing. Definitely one of his best moments. It was also great to see the return of the Doctor’s PTSD, which is something that hasn’t really been as big a part of his characterisation since Capaldi took hold. Just beautiful.

All in all, I’ll say this was probably the low point of the series so far. But this series has been pretty awesome so the dip is relative. Next week looks amazing though! 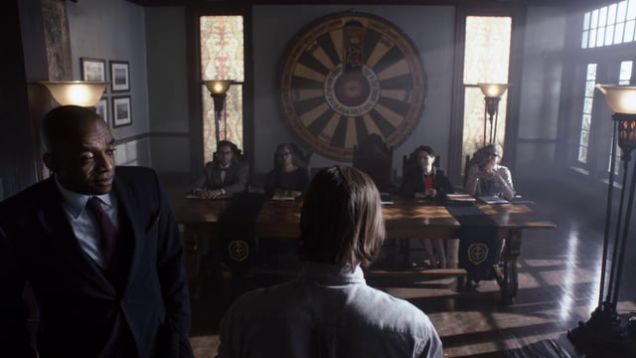 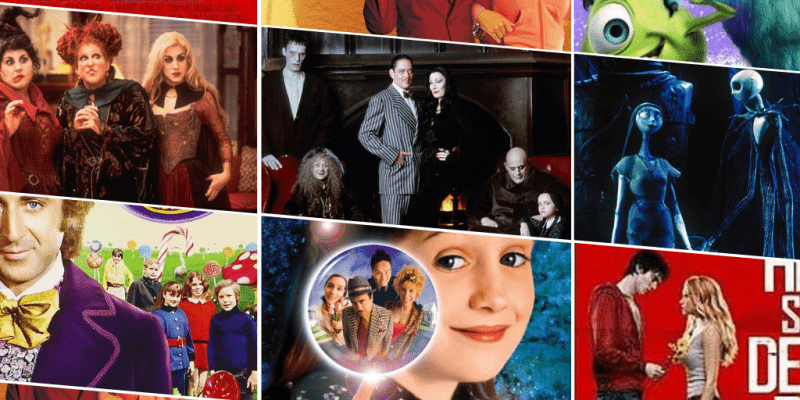 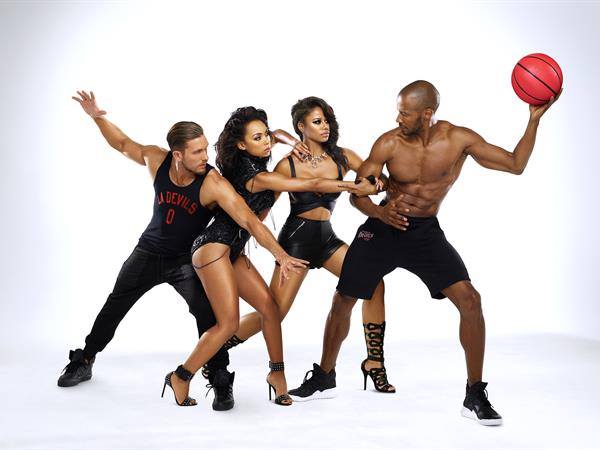