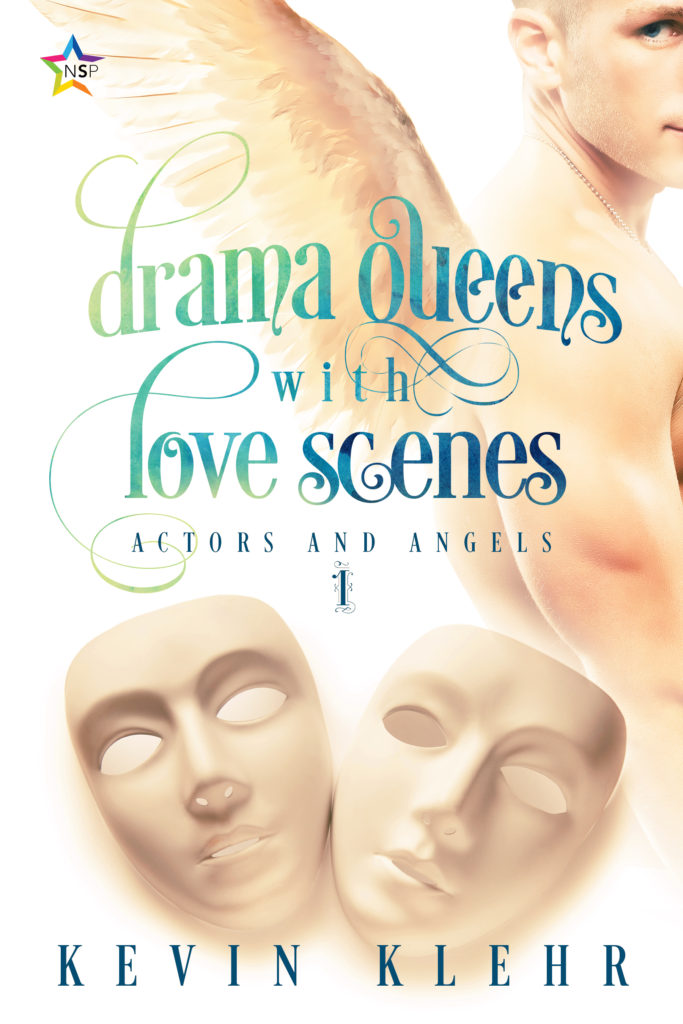 Drama Queens With Love Scenes by Kevin Klehr presents an interesting idea about the Afterlife while being a story about love and hope.

I was provided a copy of Drama Queens With Love Scenes from the author for review. The opinions are my own.

While I do have experience with acting on stage as well as co-writing and co-directing original plays during my school and university days, I don’t necessarily consider myself a theatre person. I say that because I’m not familiar with numerous classical stage plays, playwrights, the history of it all, etc.

I think it’s important to mention all of this because I have a feeling I didn’t completely grasp all of the things present in Drama Queens With Love Scenes. However, having said that, I still found it to be an enjoyable read. Kevin Klehr presents a very interesting take on the Afterlife.

Close friends Allan and Warwick are dead. They’re not crazy about the idea, so to help them deal with this dilemma are Samantha, a blond bombshell from the 1950s, and Guy, an insecure angel.

Allan also has a secret. He has a romantic crush on his friend, Warwick, but shortly after confiding in his new angel pal, his love interest falls for the cock-sure playwright, Pedro.

Not only does Allan have to win the heart of his companion, he also has to grapple with the faded memory of how he actually died.

The slow-burn in the story has to do with Allan and Warwick’s relationship. How the two died is also unraveled as the story progresses. The narrative is fun, witty, and also a bit tense considering there’s a murder attempt involved.

Allan serves as the protagonist and he’s the one whose life is in danger. Turns out you can still get attacked like that even in heaven. He is a likable character and I found myself becoming attached to him, especially when he tries to reconnect with a very distant Warwick. I have to say that I ended up liking a supporting character named Guy far more than I liked Warwick.

The worldbuilding is also commendable. In Klehr’s heaven, there are people from different eras. There’s also no instances of racism, homophobia, and sexism. The only thing which I think might be a problem for some readers is the depiction of bisexuality. I didn’t find it to be much of an issue, though.

The writing style is such that every character comes across as over-the-top. I guess that’s how people from the theatre normally are? I’m not sure. But it did make for some fun moments and interactions. I liked that the story read as a slow-burn, angsty romance first and a gay story second. This allowed the story to be about two characters who just happened to be gay instead of their sexuality driving the narrative.

If you’re interested in reading a fun, queer romance, make sure to pick up Drama Queens With Love Scenes from author Kevin Klehr. You won’t be disappointed. It’s the first book in the Actors and Angels series. Make sure to read my interview with the author.

Drama Queens With Love Scenes is currently available for purchase. Don’t forget to check out the other two books in the series.

Have you read Drama Queens With Love Scenes by Kevin Klehr? Feel free to share your thoughts with us.