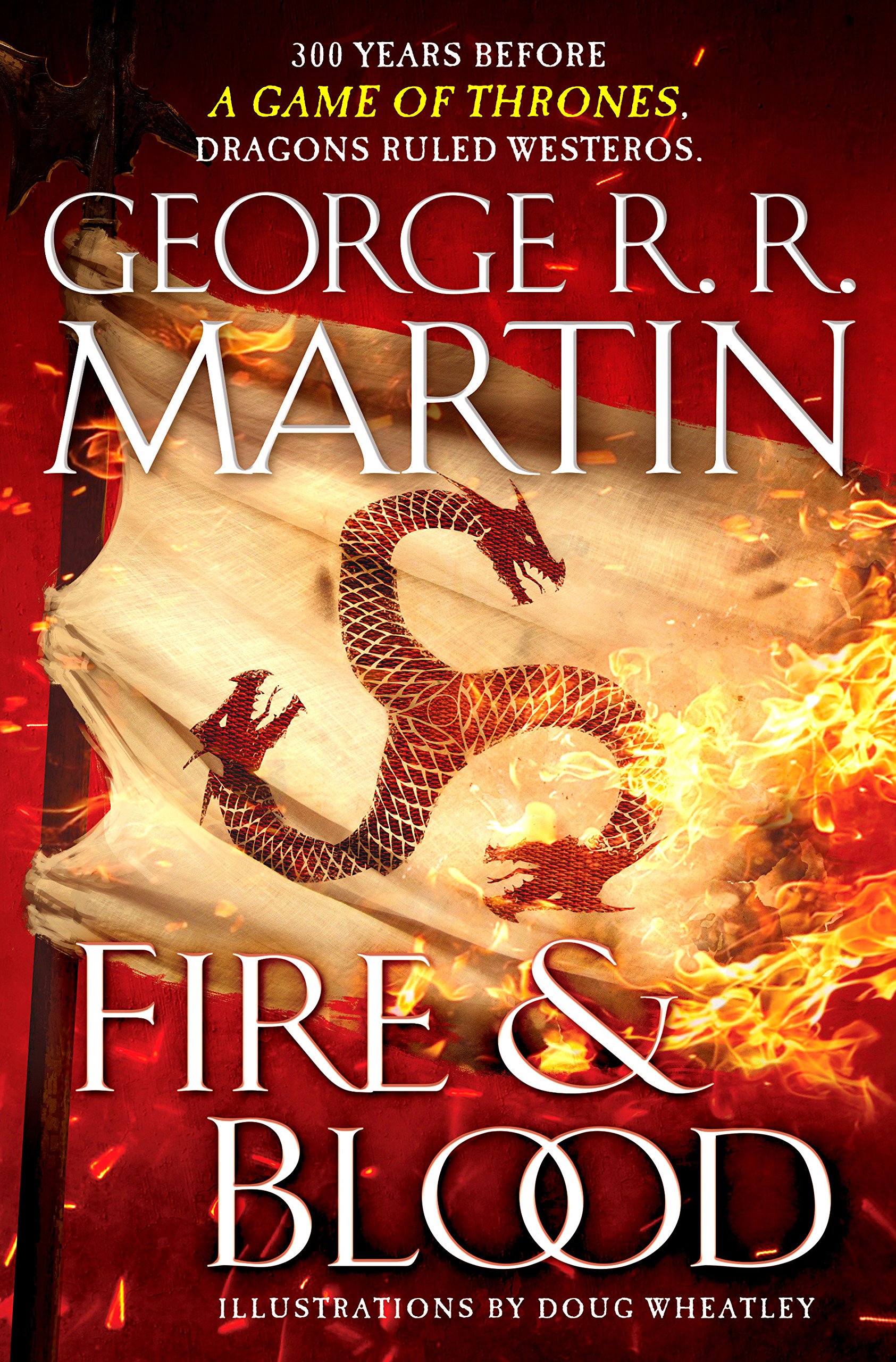 It’s been four long years since any lengthy new World of Ice and Fire content, and more than seven years since the last new Song of Ice and Fire installment…so no wonder fans were so excited for the heavy tome that is Fire & Blood, a 700+ page history spanning approximately 150 years of Targaryen history, from the life of Aegon the Conqueror through the regents who ruled for Aegon III before he came of age around 147 AC.

If that entire paragraph made little to no sense to you, my suggestion is, turn back now. I also don’t suggest reading this review if you haven’t completed Fire & Blood and are actually worried about spoilers, though to be honest I don’t really think there were many of those in this book, at least not for those of us who have read the previously published The World of Ice and Fire, The Rogue Prince, The Princess and the Queen, and Sons of the Dragon, amongst other works.

Now, as much as Fire & Blood was a long, weighty book of history, my only real complaints about it are that (1) it ends rather abruptly (the only reason I can think of for why they didn’t include Aegon III’s reign is because they were pushing to get it published but didn’t want to just end with the Dance of the Dragons) and (2) how much of it was previously published material with just a bit more embellishment added in. The latter is also the only reason I can come up with for why they clearly didn’t want to end this volume with the Dance, as the majority of that story had already been detailed in not one, but two, novellas.

Fans also didn’t get many of the tidbits we were really dying for. What was in that letter Dorne sent to Aegon I? We may never get confirmation, considering it wasn’t included in Fire & Blood. And while we got one last glimpse of Nettles and Sheepstealer, that wasn’t the story many of us were hoping for, either. Probably the only real ‘reveal’ – and I say that loosely, because it’s not as if it was outright confirmed – was how those three dragon’s eggs ended up in Essos and later [probably] in Dany’s hands.

In fact, I feel like that’s the best description of this book: “We got a thing. It wasn’t enough of the thing, but it was something.”

That said, while there might not have been as many great reveals as I’d hoped, Fire & Blood did at least include plenty of new information, mostly about the reign of the infamous Jaehaerys the Conciliator and his Good Queen Alysanne. I also loved the passages about Rhaena Targaryen and the Four Heads of the Beast, Cregan Stark and Alysanne Blackwood (a.k.a. “Black Aly”), and Racallio Ryndoon, among others. The art was also mostly gorgeous, although some of the pictures being in black and white made them a bit hard to decipher and made me miss the full-color illustrations from The World of Ice and Fire.

As a whole, while I found some of the previously published information a bit difficult to get through yet again (especially as I’ve read Sons of the Dragon, The Princess and the Queen, and The Rogue Prince several times each), I still enjoyed Fire & Blood. Martin is a king of both character- and world-building, after all, and let’s be honest – at this point any new material from the World of Ice and Fire is welcome.