Game of Thrones Spoilers: The Purple Wedding Is On 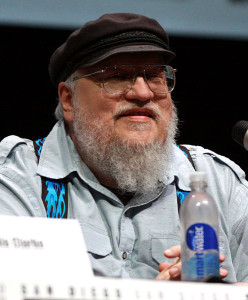 It’s coming. The Purple Wedding is being teased. The wait is almost over.

Now before we go any further, if you haven’t read the books and you’d like to remain unspoiled TURN BACK NOW! This will contain spoilers for what is in the remaining chapters of A Storm of Swords, but it won’t contain anything for A Feast for Crows or A Dance with Dragons just yet. So please, if you want to be surprised about what’s coming next season, click the back button.

Alright. Are only the people who want spoilers and/or who have read the book left? Yes? Good. Then let’s charge ahead!

As we know, book 3 A Storm of Swords has been split into two seasons. For those of us who have read it, there are actually two weddings of note. Both are marred by death, but elicit very different reactions from the reader. First is the Red Wedding, which struck the fandom pretty hard in the ninth episode of last season, The Rains of Castamere. Fan favorite Robb Stark bit the dust as did his wife, mother, unborn child, Direwolf, and hundreds if not thousands of his men. When I read that chapter I was commuting to work on a bus and shouted “no!” at my book, which turned a couple of heads in my direction. The chapters encompassing the Red Wedding were from Catelyn and Arya’s POVs and I was hoping and praying they were going to be reunited and… they weren’t. They were so close. I was pretty emotionally distraught and had to set the book aside for a few weeks.

The Purple Wedding, however, made me pump my first in the air and shout “yes!” The Purple Wedding, which is not actually named so in the books but has been dubbed as such by fans, is the lavish royal wedding between King Joffrey Baratheon and Lady Margaery Tyrell. Fans have been imagining creative ways to kill Joffrey and now they’ll actually get their wish. It’s not as grand and spectacular as the methods fans have come up with (feeding him to Daenerys’s dragons, for example), but it gets the job done. He drinks a glass of wine and keels over right at the dinner table at his own wedding. The origins of the poison and who is responsible takes a couple of books to sort out, so I’ll leave that particular set of spoilers alone for now. If you must know, the Purple Wedding entry on the ASOIAF Wiki spills all the details. Just scroll down to “Aftermath” for a good summary of who did what and how.  In the moments immediately following the incident, however, Sansa and Tyrion get all the blame.

So why the sudden excitement over the Purple Wedding all of a sudden? It seems that filming that scene is underway at the moment and an intrepid extra has posted some photos on Reddit.  Take a look at them.  They’re spectacular.  Thank you sneaky extra!

George RR Martin was also recently quoted by TV Guide as saying, “it’s going to be the wedding of the year, and as memorable in its own way as our wedding last season.”

The Red Wedding certainly lived up to the scene in the book, so hopefully this one will too. 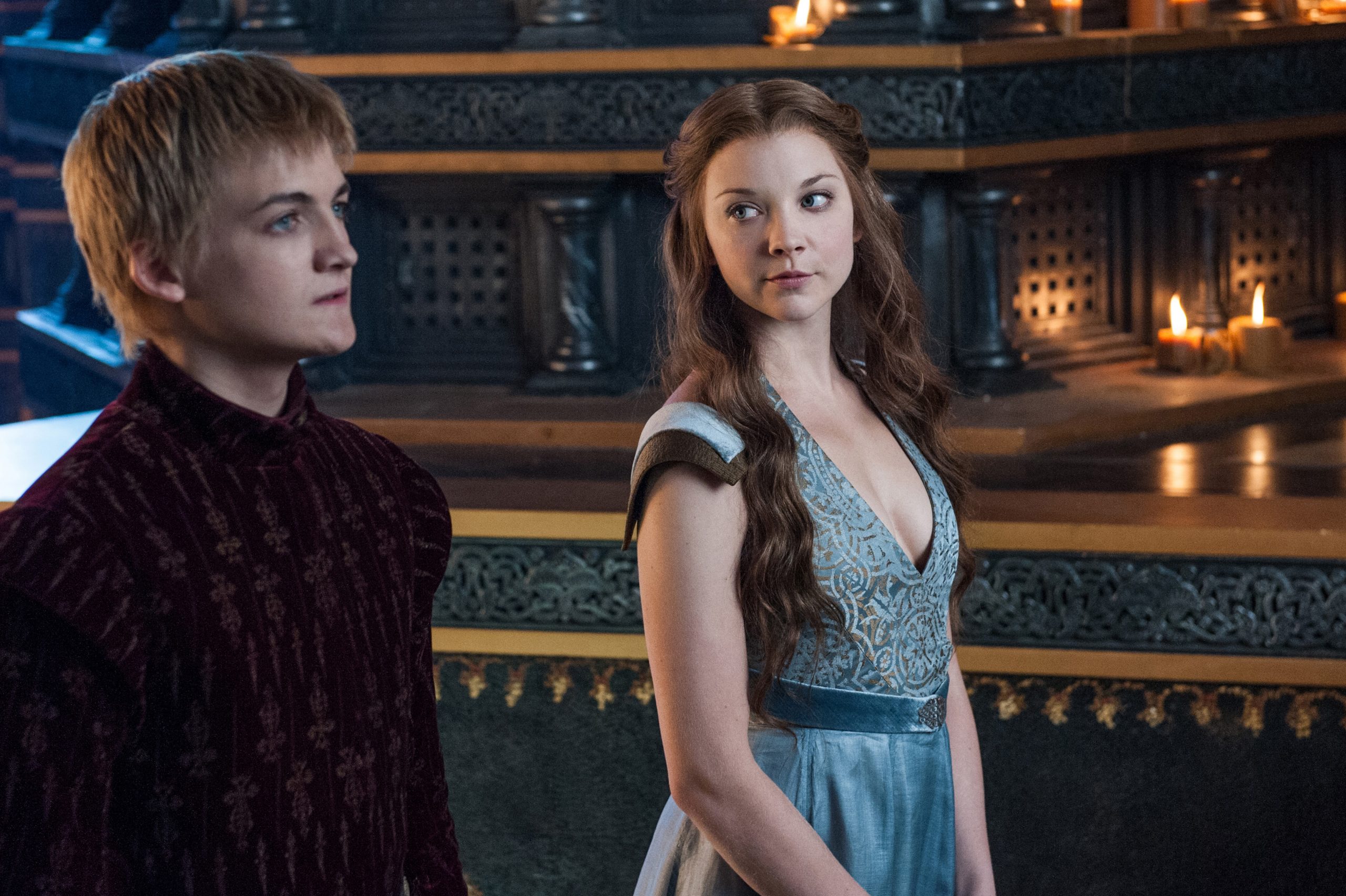 Martin also gave another hint about the wedding in that interview. “The bride’s dress incorporates roses, there are 77 courses at the dinner feast, and there’s some wonderful halftime entertainment,” he said.

So far so good as far as details from the books go. One of the details I hope they keep is a pie that, when cut into, releases a bunch of doves. It’s such a bizarre, but visually fascinating element and I hope we get to see it. The “halftime entertainment” also has a detail that I’m wondering about. We get introduced to a character during one of the shows that becomes rather important to Tyrion in later books. With how they are shuffling character introductions around or cutting out characters entirely, I’m not so sure.  She’s not exactly my favorite character, but she still has a part to play later on.

To quote Stannis Baratheon in A Storm of Swords, “Weddings have become more perilous than battles, it would seem.”

Indeed, remind me to cut Westeros off my list of places to have a Destination Wedding.