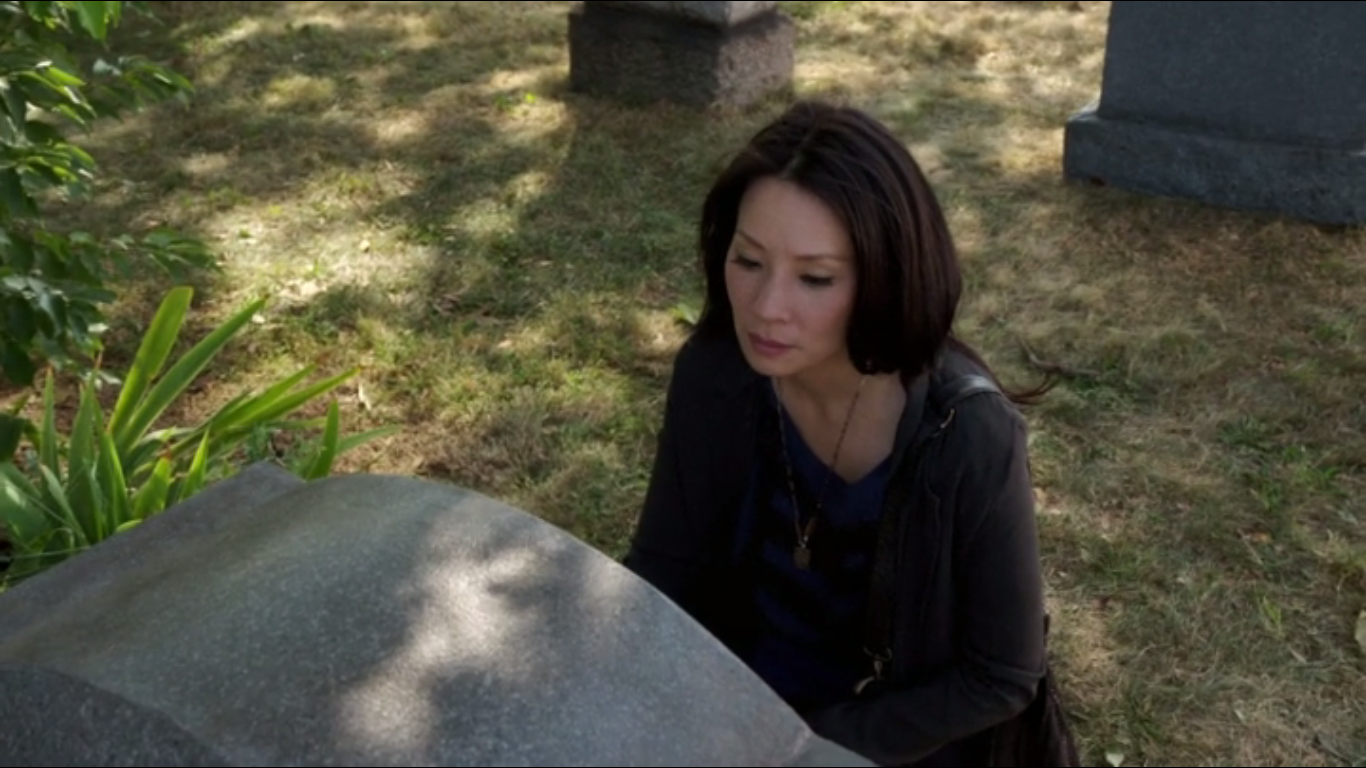 Elementary is one of the only shows on the air right now that has consistently quality episodes week after week. Last week we had an incredibly strong sophomore season opening and they’ve managed to keep up the momentum with the second episode. The character development is perfectly paced and I wonder how it’s possible to portray such an organic and natural friendship while still maintaining such complex mysteries from week to week. The Elementary writing staff is performing a fabulous balancing act.

This episode delves deeply into the incident that cost Joan her medical license so many years ago. It’s been a mystery that’s been teased from the beginning and we finally get to find out what happened, who it happened to, and some of the dramatic details of the fallout. Joan has been guarding this secret cautiously for a long time, but Sherlock’s genuine concern and curiosity for her well-being finally coaxes her into opening up. The evolution of their friendship continues to be one of the most natural and well-paced friendships I’ve ever seen blossom on television. I have faith in whatever direction the writers choose to take it, which is a very rare thing for me to feel. I’m very much enjoying them as platonic friends, but I feel like with this writing staff they can do pretty much whatever they want with them (besides turning them into vowed enemies, that is) and I’d be on board with it. 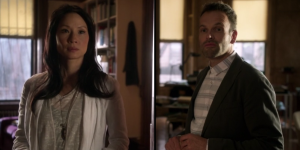 At the end we get another big step in their relationship: Sherlock asks to accompany Joan to the cemetery on her next trip. Sherlock reveals that he knows she’s been going all along, but he’s clearly chosen to let her have her privacy instead of prying into the subject. In the end he still isn’t prying; he’s merely letting her know that he wishes to be a part of something that’s affected her so profoundly. The ball is entirely in Joan’s court on whether or not she wants him in that part of her life. She’s been guarded up until this point, but she’s been opening up on her own time and at her own pace.  And that’s exactly how it should be, honestly.  The fact that Sherlock respects her autonomy instead of pushing incessantly (which he seems to like to do with most people) is a testament to just how much she means to him.

We’re only two episodes in and we already have huge character development, which isn’t exactly a surprise coming from this show. In the first season I feared they might have moved too fast in the first several episodes, but those fears were quickly allayed and I found myself deeply invested in their friendship. And now here in the first two episodes, once again, we have huge character development. But I’m not worried at all this time around. The writers have earned my trust with the first season and they show no signs of betraying it.

Previous:The Walking Dead Comics and the need for female writers
Next: Game of Thrones Spoilers: The Purple Wedding Is On