Get Your Nostalgia Fix With Goosebumps 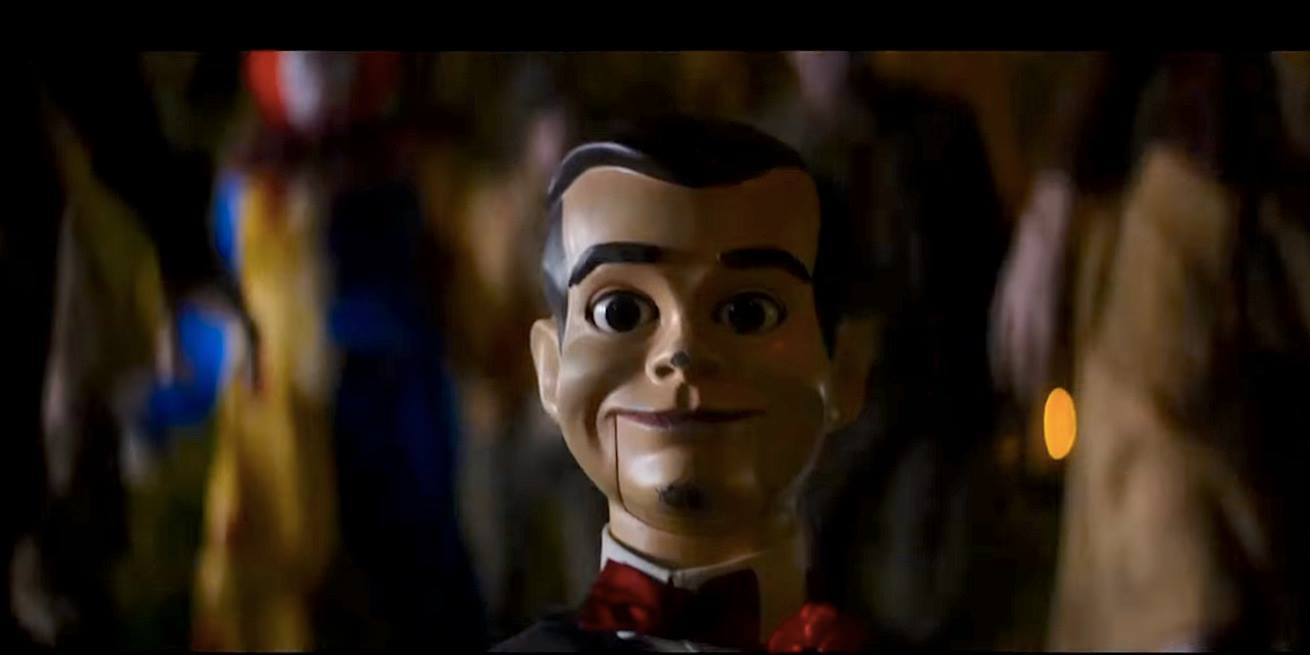 I was thrilled when the Goosebumps trailer hit the web. Growing up, I read the books, I watched the show, and the trailer was everything I wanted it to be and more. I’ll admit that maybe my expectations were a little too high going in. This may have intensified my feeling that, while the film was definitely enjoyable, it fell short in the horror department, and left me wanting.

Dylan Minnette plays Zach, the new kid in town that finds himself infatuated with the girl next door, Hannah (played by Odeya Rush). There’s only one problem: Hannah’s mysterious father orders Zach to stay away from her. Of course, teenagers that they are, they don’t listen, and soon, they end up releasing all of R.L. Stine’s monsters that had been locked away in his handwritten manuscripts. The evil hordes are led by Slappy the living ventriloquist dummy, perhaps the most iconic of Stine’s baddies.

Meanwhile, Ryan Lee takes on the role of Champ, the archetypical sidekick and source of comic relief, but, unfortunately, serves little other purpose within the story. In the trailer, Zach gives Champ a clear-cut role with the line, “You read the books, right? If you know their weaknesses, we can capture them all.”  Sadly, this clever conceit was taken out of the final product–despite the fact that it would have been an excellent way to connect back to the books in more detail and made for a nice treat for the dedicated fan.

The film’s intended audience is difficult to discern, as the central characters are teenagers, yet the scares are even tamer than those on the original show (which aired on Fox Kids from October 1995 to November 1998). Classic creepies like “The Haunted Mask,” “The Headless Ghost,” and “Scarecrow Walks at Midnight” receive only passing mentions, while the film features tamer fare like “Revenge of the Lawn Gnomes” and “The Blob that Ate Everyone.” Goosebumps the film does its best to include as many villains as possible in order to represent the over 200 titles that comprise the beloved Goosebumps canon; those that receive most screen time, however, will evoke little more than a giggle from most audience members. So, viewer, beware: you’re not in for much of a scare. This film really lives down to its PG rating.

That said, this somewhat episodic adaptation shows moments of true meta brilliance in its discussion of R.L. Stine himself (rendered to humorous effect by Jack Black), from the dreaded comparison to Stephen King, to Stine’s concise explanation of storytelling: “Beginning, middle–twist!” There’s more than enough fond teasing of the children’s book author to keep the generation of original Goosebumps readers entertained throughout its 103-minute runtime.

Intent on sending a message, Goosebumps is a little heavy with its theme, but this can be forgiven with the endearing characters and excellent visuals. And even though only a handful of book characters get real screen time, great detail has still been given to the background monsters, so be on the lookout from some childhood favorites if you loved the books.

Overall, Goosebumps delivers a romping good time for grown-up fans, and maybe even a few shivers for littler attendees.

Both Kalissa and Kate contributed to this article.