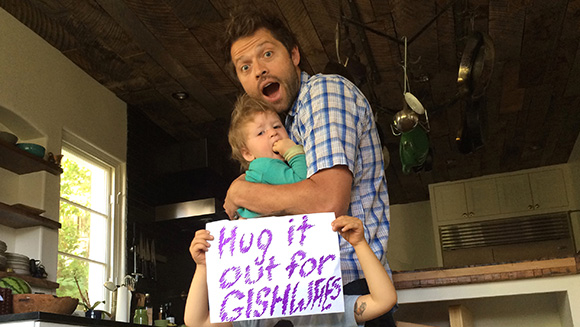 GISHWHES starts August 2nd this year.  Time to stock up on Kale, buy discount feminine hygiene product in bulk, and prepare to convince your clergy friends to do some ridiculous things.  The Elopus is ready to lift our spirits and we’re all waiting for words of wisdom from Miss Jean Louise.

Okay, I might be getting ahead of myself here.  I’m sure many of you are confused about what exactly I’m talking about here.  For the uninitiated GISHWHES stands for the Greatest International Scavenger Hunt the World Has Ever Seen.  It takes place once a year and is hosted by Misha Collins, who plays the character Castiel on the TV show Supernatural.  The hunt involves a variety of task from the artistic (crafting animals out of feminine hygiene products, knitting clothing for a cat), to performance art (dressing as frogs and leap frogging in a coffee shop, dressing in snorkeling gear and giving a seaweed bouquet to a stranger), to fantastic stunts (sky diving, bungee jumping).   Embarrassing yourself in public is practically guaranteed. 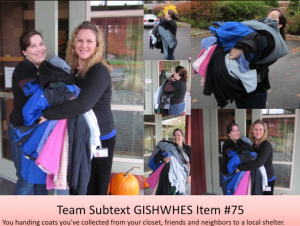 Most notable are the items that give back to the community in some way.  Last year GISHWHES teams helped furnish a house for a family in need.  Other charitable items include feeding the homeless, giving coats to a shelter, doing a kind act for a stranger, appreciating someone who has made a difference in your life, and setting the Guinness World Record for the album with the most pictures of hugs.  While GISHWHES isn’t directly related to his charity The Random Act, there are still many charitable benefits from the hunt due to the items list and in past years portions of the money from the hunt went to his charity as well.  It’s important to note that GISHWHES isn’t a non-profit event, but you can’t say it doesn’t have massive charitable benefits in many ways.

But regardless of whether it’s a charitable item, an artistic item, performance art, or a stunt, the hunt manages to spread smiles all across the globe, which is perhaps the best thing about the whole event.  People laugh, cry with joy, and have incredibly touching moments all because of what on the surface appears to be just a silly scavenger hunt.  Many people who suffer from social anxiety have found themselves able to come out of their shell during the event and do things that they never thought possible.  I’m speaking from personal experience on that last point.  I never thought in a million years that I’d dress as a frog and leap frog over my friends in a Starbucks, yet I did it… twice… because our camera malfunctioned the first time.  It’s an event that keeps gaining steam and breaking records every year because of the incredible positive vibes it manages to spread all over the world.

There are also prizes involved, which is a big motivator for a lot of people, though certainly not the only thing that keeps thousands of people coming back year after year.  Each year the winning team gets to go on a trip with Misha Collins.  The first year they got to eat a nice Italian dinner in Rome.  The second year they got to spend the night in a haunted Scottish castle.  This year’s winning team got to fly out to a Canadian island and sail on a Viking boat with Misha.  The next prize?  We don’t really know yet, but we’re excited about it anyway.  The top 10 runner up teams also receive prizes, and I’m proud to say that as a member of Team Subtext we’ve been a runner up team twice in a row.  We may not have come away as a top team, but we’re incredibly happy with all the good cheer that we spread (and the medals are pretty awesome too, let’s be real).  If the scavenger hunt breaks records, you can purchase a Guinness World Record certificate as well.  The hunt has broken records every single year so far, so odds are good that you’ll get that at the very least. 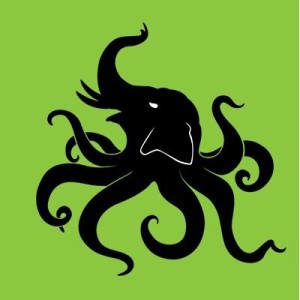 As for all of that stuff in the first paragraph that made no sense to the uninitiated?  Yeah, sorry about the in jokes there.  We’ve been doing this for years and patterns have emerged.  Miss Jean Louis is a sort of oracle for the hunt.  Her real identity is a mystery, though many of us have been speculating about who she might be.  She tends to drop important information and random facts on her Twitter and Tumblr account.  Every year we also have a mascot.  This year is the Elopus, which is half octopus and half elephant.  She posted her resume on Craigslist.  Kale and feminine hygiene products are often used at least once a year, so you can pretty much count on at least one item using them.  Misha Collins also has a rather inexplicable obsession with kale, which only adds to his charm really.  Various members of clergy are also often required for stunts.  The list changes every year, though so you might end up with ten bushels of kale of no reason.  Who knows?

The Geekiary is represented by two teams this year.  Our admin Angel (me), editor Lady Malchav, author and artist Rinienne, and guest blogger Emily are all on Team Subtext.  Lynette and Kelly, who run our YouTube channel, are on Team Felix Fandomis.  If you’re on a team, let us know in the comments!  We love to get to know our fellow teams and maybe we’ll see you in the top ten teams this year! Happy GISHWHESing everyone.  Good luck with the hunt. 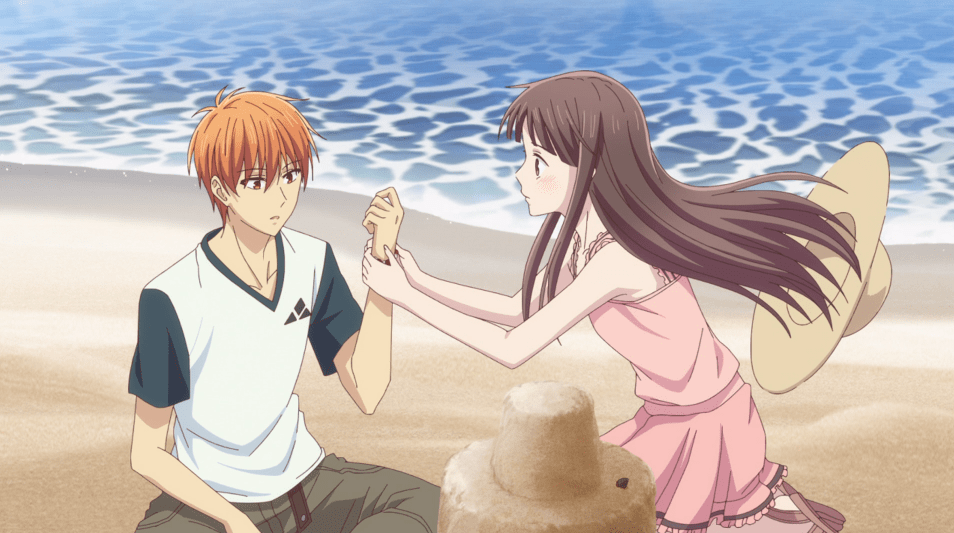 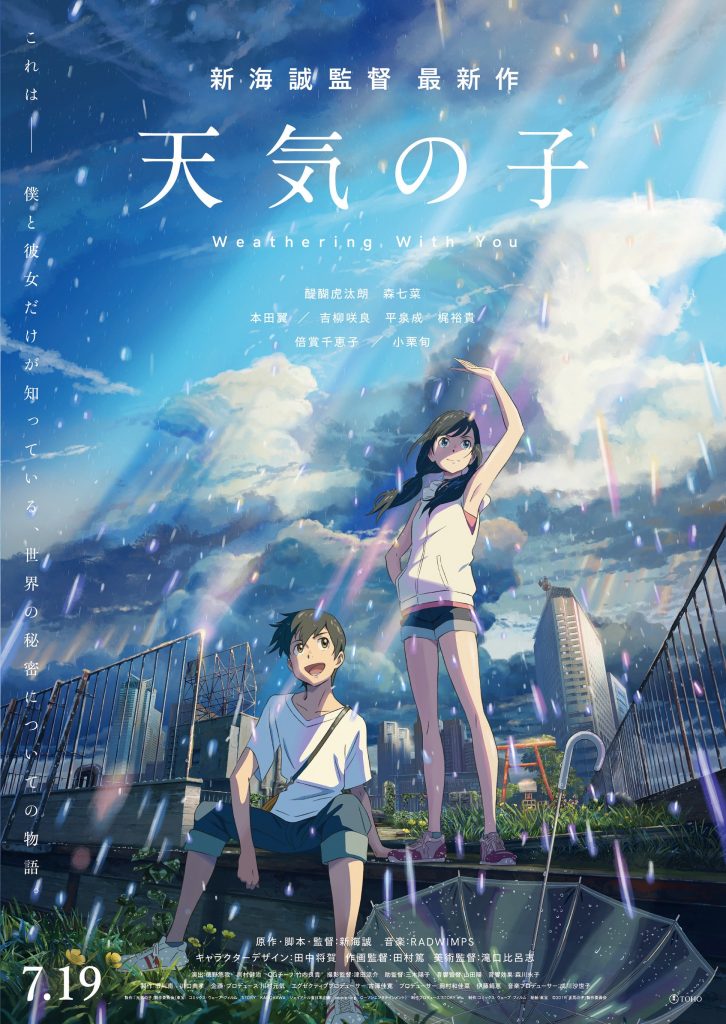 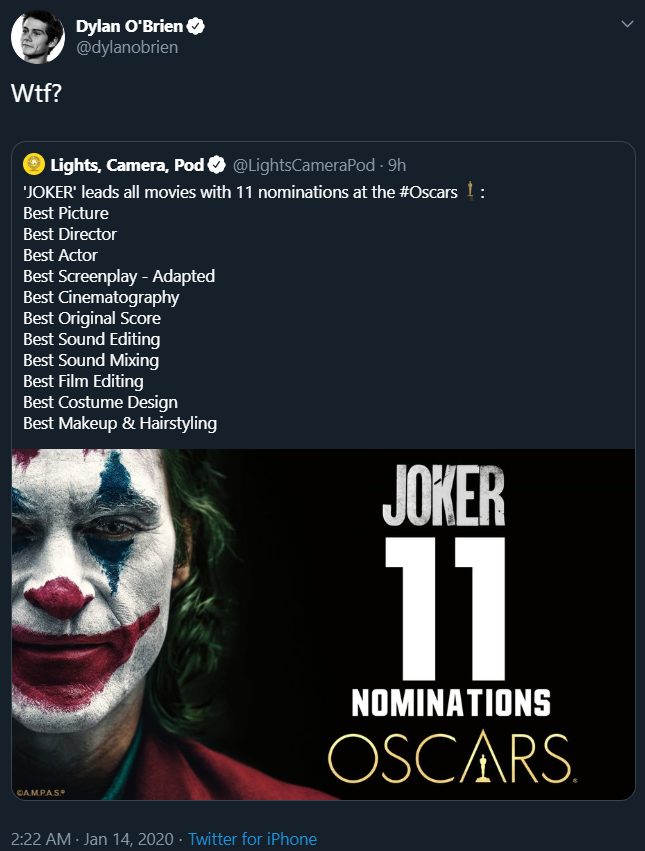