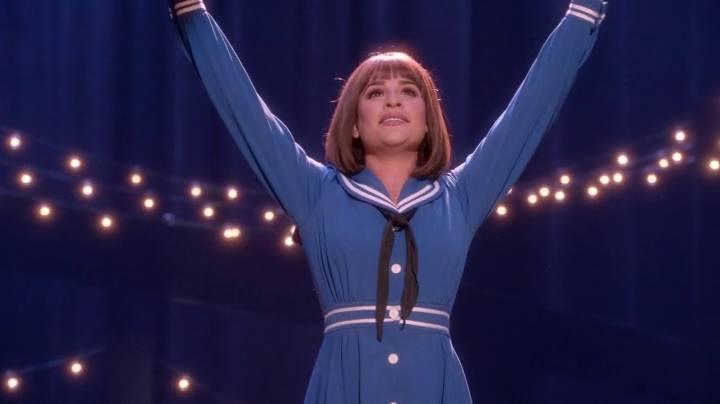 The moment Rachel’s been waiting for all her life finally came this week. Even though she isn’t my favorite character, I still enjoyed the episode. Old friends returned to show support, and there was some good character development.

Naturally the episode started with Rachel (Lea Michele) freaking out about opening night. I smiled seeing Dave Karofsky (Max Adler) making an appearance in her dream. I wish the writers could find a way to involve him in the story for real. His scenes with Kurt (Chris Colfer) were wonderful back in Season 3. The episode was primarily about Rachel and the rest of the cast was there for support. Kurt took on the best gay friend role. I was okay with that. The writers have been giving Kurt good character development since the show’s permanent move to New York. So, I’ll let this one slide. With only three more episode left this season, I just hope Kurt doesn’t get stuck in this ‘Rachel Berry’s support system’ role.

Rachel is worried about the show not being great because of all the reviews hitting the internet, etc. The episode showed the dark side of the World Wide Web, and freedom of speech. I think we all are familiar with internet trolls who just want to create drama. A lot of people bad mouth a film, song, etc. even before it’s released. I couldn’t help but wonder if Glee was getting ‘meta’ on the fans. It’s no secret the ratings are dropping. Maybe the show doesn’t want us to read about fans not wanting to watch it anymore, or leaving bad reviews, and comments? 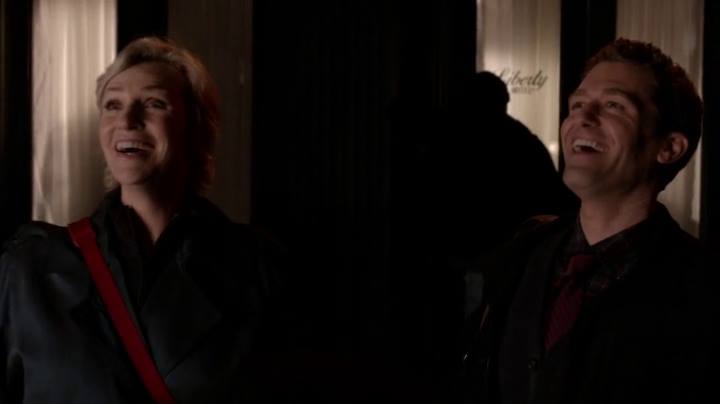 Will Schuester and Sue Sylvester also arrived in New York City. The conversation Will had with Rachel in the dressing room was well-written. You could see how proud Will was because of Rachel’s achievement. He doesn’t stay for opening night because his wife, Emma, went in labor. I was hoping to find out what Will had been up to since the end of Glee Club. Wasn’t he supposed to coach Vocal Adrenaline? Sue’s storyline involved her finding love and making the lives of Rachel and her friends miserable.

Santana returned this week, and the way the writers are writing her current relationship with Rachel is very refreshing. I prefer seeing those two as friends. Their dynamic is enjoyable to watch when they aren’t trying to attack each other.

The most surprising moment came when Rachel stood her ground in front of Sue. People familiar with the show know that Sue has had it against the Glee Club kids since the start. They were mentally tortured throughout their high school years because of her. Rachel telling Sue to get out of her apartment spoke volumes regarding to her characters maturity. Her remembering Finn during the last song, and Will naming his baby boy, Daniel Finn Schuester, hit me right in the feels. I think Glee fans will never get over Finn’s death.

The only annoying thing about the episode was Tina. I’ve been waiting for the show to do something good with her ever since Season 5 started. But I guess she’ll always be the character who’s there to annoy everybody.

Nothing much happened this week, story wise. It was all about Rachel finally making her Broadway debut, but it was still enjoyable. With only three more episodes left, I’m curious to see how the season plays out.

What did you think of Opening Night? What’s going to happen in the last three episodes? Please share in the comments!