While Hall might not be for everyone, due to what’s happening around the world, I still enjoyed watching how this slow-burn horror film handled the main cast during a viral outbreak.

I was provided with a free screener of Hall for review. The opinions I have shared are my own.

One of the interesting things in Hall, for me, was the layers it had. There’s quite a lot happening in this well-shot indie flick. The narrative handled a highly contagious outbreak, toxic relationships, desiring safety for your loved ones, the media, and more.

The official description (from the press release) reads:

Hall tells the story of Naomi, a Japanese runaway wife, and Val, a helpless young mother, both struggling to escape an abusive relationship as well as a hotel hallway, which has been infected by a mysterious airborne virus killing everyone rapidly. In this isolated and despairing space, fear becomes viral as the women run for their lives. In the face of contamination, is there hope at the end of the hall?

Director Francesco Giannini has acknowledged the link between his film and the current crisis. He chalked it up to “a strange coincidence” and shared via a press release, “I never thought that the fictional story of virus contagion we’ve created in ‘Hall’ would become a reflection of reality within such a close time frame between the release of the film and the pandemic occurring right now. However, the ideas and themes explored in the movie have been in my thought process for a while due to the previous virus outbreaks I’ve had witnessed.”

Again, Hall might not be for everyone. But if you’re interested in a slow-burning horror film that focuses on two women struggling to survive, you should consider checking it out. Here’s a link to the official website.

I’m going to try and keep spoilers to a minimum in this review.

Hall is a well-acted film. I really liked Japanese actress Yumiko Shaku as Naomi. The film opened with a pregnant and infected Naomi crawling through a hotel’s hallway. The movie then went back a few hours where we saw Naomi entering said hotel and striking a conversation with Val (Carolina Bartczak). The entire scene’s quite tense because while the two characters were okay (kind of), we knew things were about to get a lot worse soon.

Through Val and Naomi, the narrative focused on abusive relationships and how tough it can be to break free from them. Naomi had to come all the way to the US to escape her abusive partner. She even had to stay away from her mother and sister to ensure her partner could never reach their child.

I loved the scene where Naomi talked to her mother on the phone. Having the characters talk in Japanese added to the authenticity. I understood why Naomi did what she had to do. Sometimes hard choices need to be made for a (hopefully) better life down the line.

As for Val, she’s been planning to get away from her husband for quite a while now. She’s just waiting for the right moment. I could feel her internal struggle during Hall. She showed moments of courage in front of her husband, especially when it concerned their daughter, Kelly. However, she also melted when her spouse apologized and promised to be better.

Kelly’s precious to Val and I think when she realized her husband was also hurting Kelly, it was time for her to leave with Kelly.

It’s clear both women already had a lot of problems to deal with. Put a viral outbreak on top of that, and Hall isn’t necessarily a movie with a happy ending. The narrative’s quite bleak. I think it’s about showing that no matter how much one tried, there will, unfortunately, be certain outside factors a person just can’t control.

The film’s also shot quite well. Everything happens in a single location, and the long and narrow hallway does add to the eeriness of it all.

Apparently, there’s supposed to be a sequel in development. And I have to say that Hall having a sequel was what took away some of the enjoyment. The appearance of actor Julian Richings as a certain character came across as quite random. I think Hall would have benefitted from not having Richings’ character appear at all. But that’s just me.

Also, I think some viewers will question Val’s decision to send Kelly to the hotel’s exit staircase on her own. Couldn’t Kelly just wait for Val in the hallway? But again, when it comes to movies, I think it’s okay to excuse certain things for the sake of the plot.

Anyway, there were definitely instances where I questioned what I was seeing onscreen. There were points where Hall could have become a completely different movie. Was everything happening to Val even real? The narrative kept me thinking. And that’s a good thing. The ending might not be for everyone. Even I was like, “Wait! Really?”

But after learning Hall is supposed to get a sequel, I guess the ending made sense?

Before I finish my review, I have to say share that it was interesting seeing how the main cast experienced the outbreak compared to the rich people gathering in the hotel for a fundraiser.

Should the media be blamed for not properly conveying the dangers of such a pandemic? Should the government be blamed for allowing hotels to remain open when people are mysteriously falling ill and hospitals can’t cope? Or were Naomi and Val too careless?

If you can accept the slow-burn of the narrative featured in Hall and how things can go from bad to worse in a few hours, I think you will appreciate what it has to say.

For those interested, a press release shared that Hall will play twice in one night at the upcoming The Blood in the Snow Film Festival (October 28 to November 7, 2020). It will air on the Super Channel Fuse channel which is free to any Super Channel subscriber and geo-blocked in Canada. 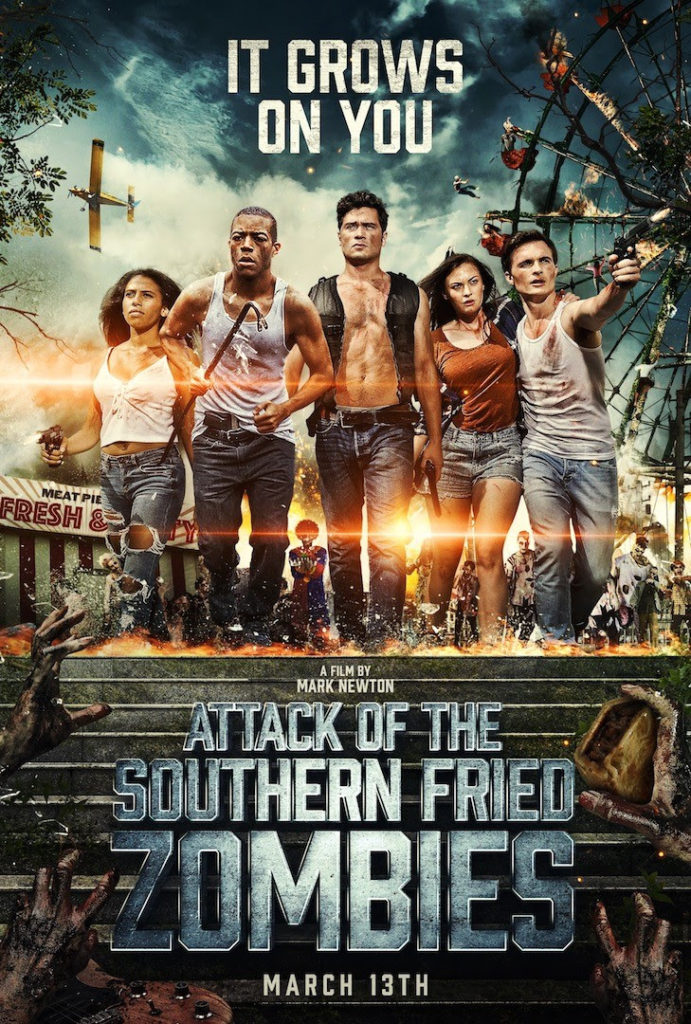