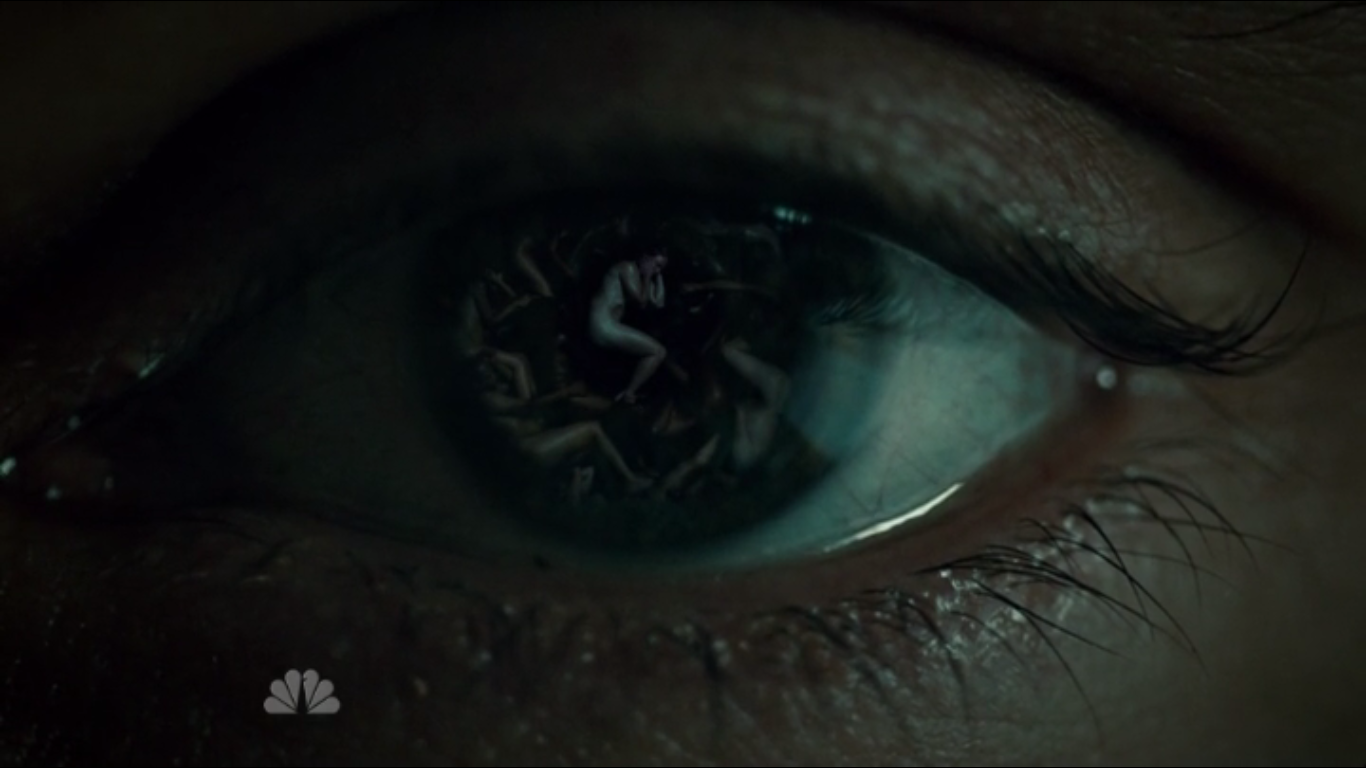 I really didn’t want to be right with my predictions for certain character trajectories, but sadly the cliffhanger seems to indicate that I was on the right track.  Things are truly starting to unravel for Hannibal and those that have trusted him are beginning to see who he really is.  Unfortunately tonight was probably the last episode for one of my favorite characters as all the puzzle pieces of Hannibal’s plan slowly slotted into place.  I really don’t see this character getting out of the situation alive, but a small part of me hopes for a miracle to happen.  This episode also marked the return of many characters from season 1, some of which were merely present in Will’s mind and others came back in the flesh.  So while I’m very unhappy to have to say goodbye to a character I held so dear, it was nice to see some familiar faces from last season. 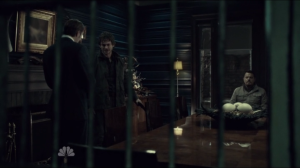 Before we get into the cliffhanger, I want to talk about the wonderful cameos from characters we thought we might not see again.  Abigail returned in a touching visualization at the beginning of the episode.  Will truly cared about her and his effort to prove Hannibal’s guilt seems to be both an attempt to clear his own name and get justice for her death.  Abel Gideon also returned briefly.  He showed up in a flashback where Will recovers his memories from the confrontation between Gideon and Hannibal.  Will’s memories of this event were lost due to his seizure, but now he’s recalled the conversation between the two killers where Hannibal essentially confessed to being the Ripper.  Or at the very least, Hannibal didn’t deny it.

Bella also returned in a heart breaking way.  She decided to end her life on her terms, choosing to visit Hannibal’s office and overdose on morphine instead of dying a long agonizing death at home.  Hannibal calmly flips a coin and then, upon seeing the results, brings her back to life.  If the verdict of the coin toss had been the opposite it’s hard to say if he would have let her be or if he would have taken the extra step and eaten her.  He seemed to have had a good relationship with Bella and she would have gone against his “eat the rude” ethos, but choosing to burden him with her death could have been interpreted as rude anyway.  When she later slaps him you can almost see his regret for not letting her die.  If she wasn’t categorized as rude before, she certainly is now.  I somehow don’t see him going to extra mile to kill her, though.  Maybe if another opportunity falls into his lap he might do it, but she’s a high risk target. 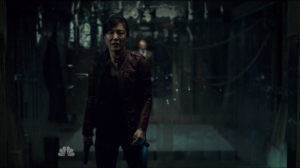 Getting to the crux of the episode, it seems very likely that this was the end of Beverly Katz.  As I predicted, Katz was beginning to slot the pieces of the puzzle together.  She noticed that the kidney was missing from the corpse and seemed to make the connection that the Chesapeake Ripper is the one who stitched the murderer into his own masterpiece.  She was hesitant to blame Hannibal, though, as it was him who originally pointed her in the right direction.  His offhanded comment about the bee stings hiding the needle marks inspired her to undo the stitches on the other body and discover the missing organ.  She went out on a limb, though, and decided to investigate Hannibal.  This bold move was her downfall.

As soon as she discovered the kidney meat in Hannibal’s fridge I knew it was over for her.  She could have easily taken that clue and left, but her curiosity got the better of her.  That evidence would have easily have been enough for a further search warrant, but when the wine fell between the cracks and revealed that there was a hidden room beneath the floorboards she just had to investigate more.  We weren’t shown the full extent of the horrors she saw down there, but we can assume it was essentially his butcher shop.  The lights went on, Hannibal was revealed to be standing behind her, then the whole thing went to hell.  We weren’t shown her death, but honestly, how can she survive this?  This is Hannibal’s basement, so when he turned out the light he had the clear advantage.  She can’t see him in the dark to shoot him and she probably can’t feel her way out of the room before Hannibal finds her and kills her, so I just don’t see her making it.

Moment of silence for Beverly Katz. 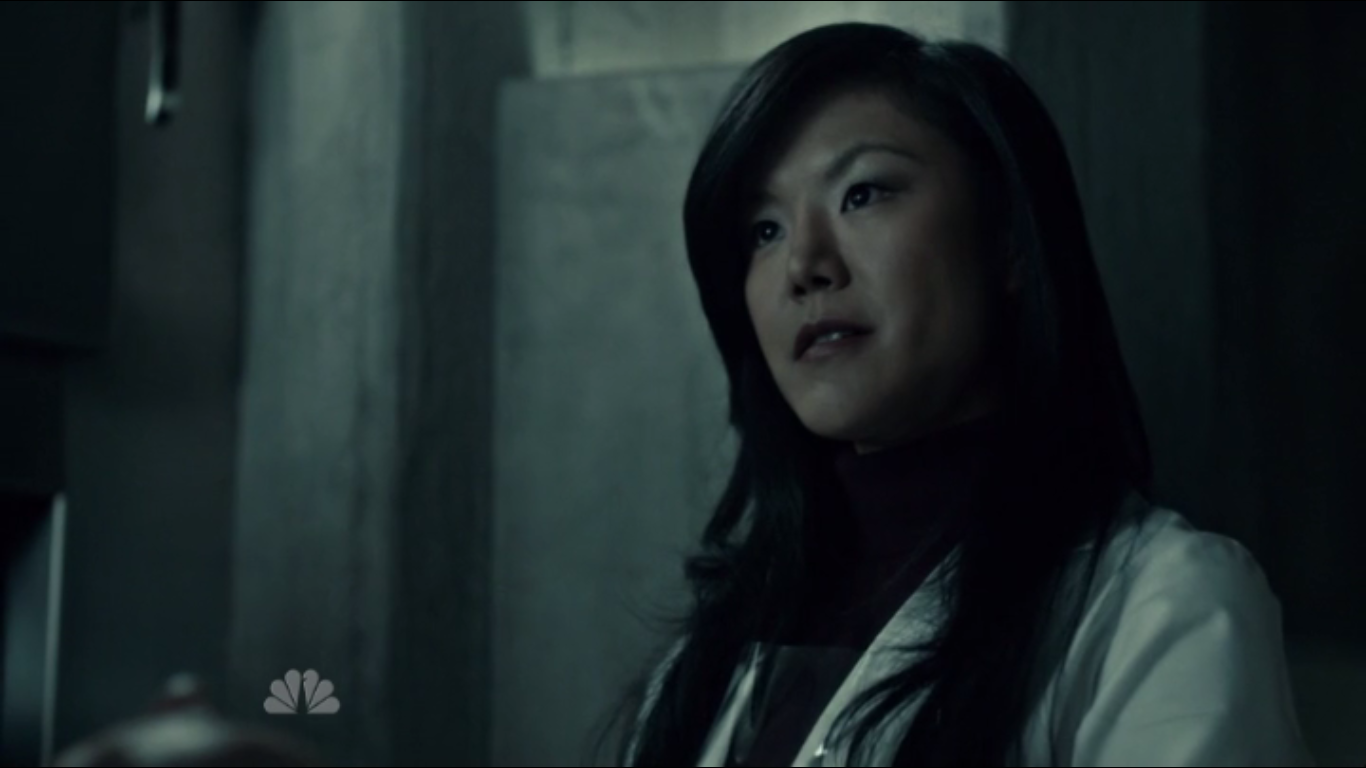 The trailer for next week almost revealed too much.   We know who the killer of the judge and bailiff are (not Hannibal, as I and many others had assumed) and we know what type of relationship he has with Will Graham.  I’m interested in seeing how this plays out.  Now that my one singular prediction for the season as already happened (RIP Beverly Katz) I really have no idea what else is in store.