I’m the type of person who usually won’t give a television show too much of my time if I’m not immediately ‘feeling it’ – I rarely make it to tv.com’s “4-Episode Test” unless I’m already hooked, and even then, if a show hits a slump at that point, I’ll keep going – at least for a little while.

In the beginning, Helix actually got lucky with me – I caught a re-run of the Pilot about 25 minutes in, and was interested enough to go back and start from the very beginning. Perhaps that – jumping in part way through the episode – is why I didn’t feel ‘underwhelmed,’ as I’ve heard many people describe their initial reactions to Helix. Instead, the main problem for me is that while I think that the show has a good premise, I simply don’t care about any of the main characters. Yet at the same time, it doesn’t feel like a cheesy Sy Fy show to me, and there is a decent level of unpredictability as well. 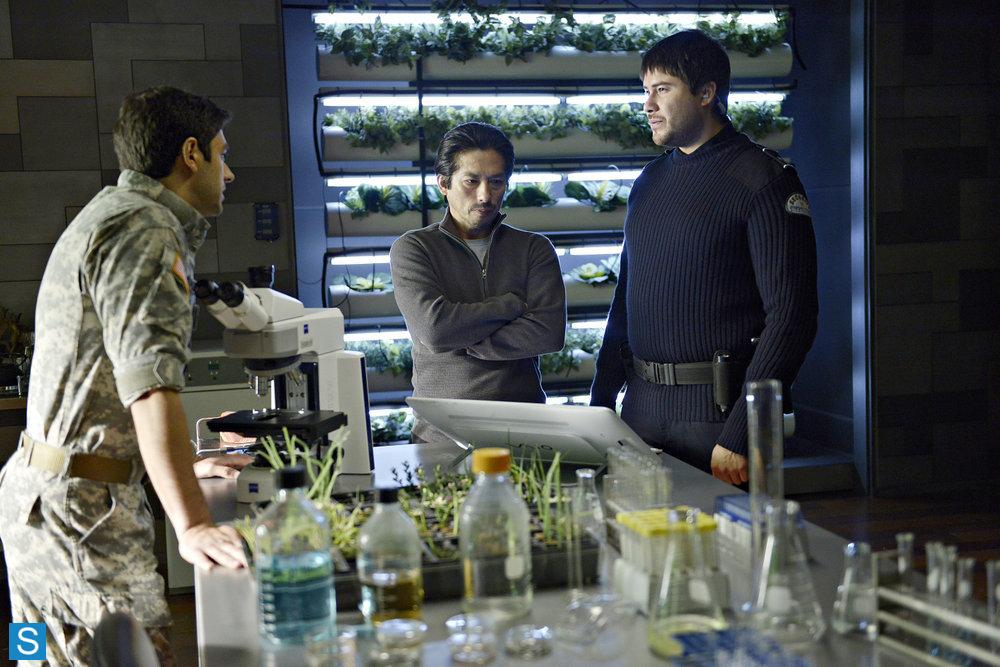 Because of that, I was excited to see the most recent episode, ‘Single Strand’. Previously we’d been introduced to a handful of CDC agents – Dr. Alan Farragut, the workaholic; Dr. Julia Walker, his ex-wife; Dr. Sarah Jordan, the new young ‘genius’ on the staff; and Dr. Doreen Boyle, the friendly and amusing smart ass who actually does most of the work. They are sent to a research facility in the Arctic to handle a potential disease outbreak that happens to involve Peter, Alan’s brother – but once there, they are met with obvious resistance from Dr. Hiroshi Hatake, who runs the research facility, and with sabotage by Major Sergio Balleseros, who was supposedly sent by the military to help the CDC agents (but who we soon learn is working with Hatake in some way).

By this fourth episode, the infected have been quarantined – but of course we viewers know that the Rapid Response Test they are using to determine who is and is not infected doesn’t actually work, and since the satellite was sabotaged at the end of episode three, the only person who knows is Julia, who is of course part of the quarantined group. The show jumps right into a scene between her and some of the quarantined researchers, who want to shut off the oxygen supply to the facility in hopes of blackmailing their way out of their lockdown situation. 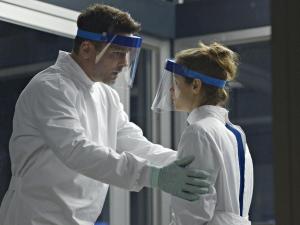 Now, you would think that this would have been the main premise of the episode – but instead, ‘Single Strand’ jumps around to several other storylines – Julia trying to avoid vectors, Alan trying to take care of his [supposedly dying] brother, Sarah chasing down morphine to apparently deal with her brain tumor. This makes the episode disjointed and weak, when it had the potential to feature a decent stand alone storyline.

And then, after all of its messiness, ‘Single Strand’ threw in a twist by killing off Doreen of all characters. While I can respect this as a ‘brave’ choice, in a show that features very bland main characters Doreen was in my opinion a breath of fresh air – and, as mentioned previously, the only CDC agent who seemed to be doing any real work. This episode was difficult to watch as it was, but now that the only character who actually seemed to have a personality is gone, I’m even more concerned about the watchability of the rest of the season.