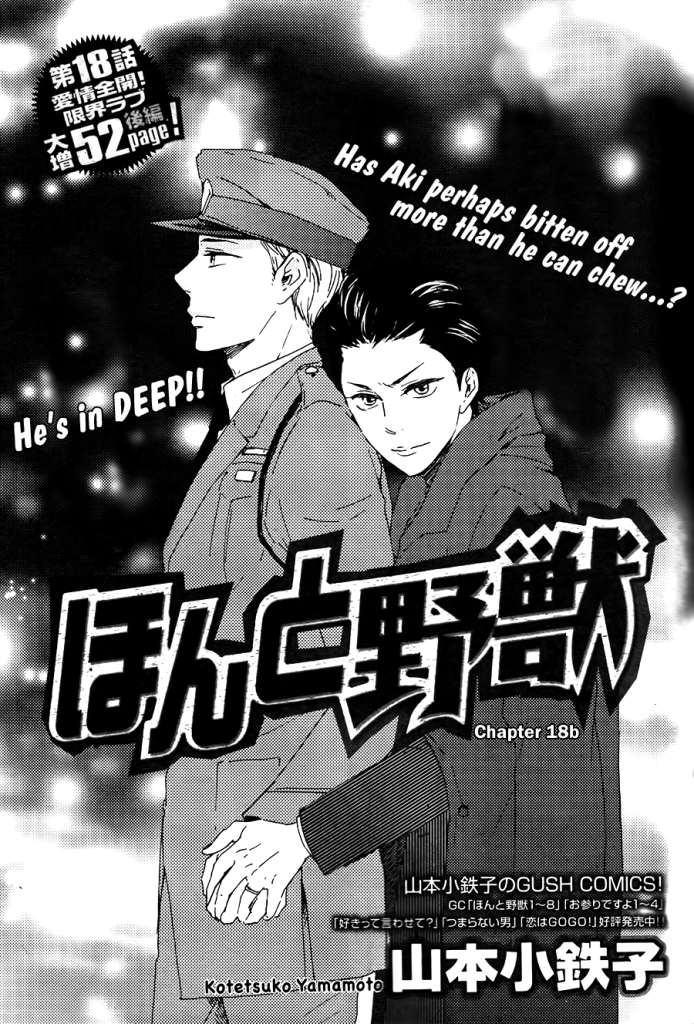 The romance between Aki and Ueda is so genuine, so beautiful, and so incredibly sincere that I want to curl up into a ball and cry about it every time a new chapter gets released.  This month’s chapter, the continuation of Chapter 18 released last month, was even more emotional than usual.  While I typically want to wail and cry happy fangirl tears at their adorable fluffy romance, things are taking a rather serious turn.  I have faith that their love will survive it, but there’s going to be many obstacles on the horizon.  The obstacles aren’t exactly unexpected.  They’ve been hanging like the sword of Damocles over their heads since the beginning, but this is the first time they’ve actually had to confront the issue that Ueda is a cop and Aki is a Yakuza.

The events from 18a have led to Aki getting stabbed as he’s trying to protect Kiyoshi. As Aki is bleeding and passing out his last thought is “Tomoharu’s gonna be pissed.”  At the time I thought he just meant that he’d be pissed because Aki promised him that he wouldn’t get injured, but then when Takihaze has to inform Ueda what happened the complexity of the issue became clear.  As Takihaze put it, the stabbing has become “an incident” and cops are at Aki’s door.  For the first time, Ueda’s job as a police officer has become a hindrance to their relationship and he’s prevented from being with the person he loves because of his job.  He can’t get tangled with a gang violence incident, even though he has played the part of a Yakuza before.  This is much more serious than those prior incidents.  In this case, his lover is hospitalized, the incident is all over the news, and cops are on the scenes.  He’s stuck apart from him and it’s one of the most heartbreaking chapters of the manga I’ve read thus far. 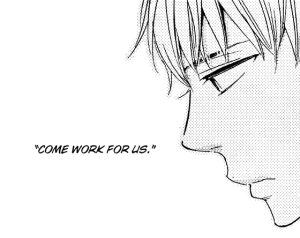 Once again, Aki’s father offers Ueda a job, but the weight of it is so much heavier than his previous offers.  If Ueda leaves behind his job as a police officer and joins the Yakuza, he can protect Aki and not have to worry about losing his job as a police officer if he gets too involved.  But Ueda actually enjoys being a police officer.  He enjoys helping people and, while he’s shown to be somewhat flexible with the law when assisting Aki, he’s not a criminal at heart.  While he’s shown to be non-judgmental of Yakuza, it’s just not who he is.  But now it appears that he’s having second thoughts.  Protecting Aki is clearly important to him and may be more important than his career.  We knew that it’d eventually become an issue.  They knew it, too, but they were so in love they kind of just ignored it and hoped things would continue to be easy for them.  Now the reality of their complicated relationship has sort of hit them in the face and some decisions have to be made.

Honto Yajuu would not be the same if Ueda weren’t a cop.  That’s part of the appeal of the series.  But at the same time, I am very much looking forward to his internal struggle playing out in this arc.  Maybe he’ll try it for a while, or maybe he’ll come to terms with the fact that he can’t always be there for Aki, even though he desperately wants to be.  Or maybe Yamamoto Kotetsuko has something completely different in mind.  Her writing has been spot on in both this and Konya mo Namurenai.  She’s one of the few mangaka, along with Yana Tobosa, who I trust to deliver an incredible story.  I’ve never been upset or disappointed by a story arc that either of them have produced and I’m sure whatever is in store will be better than whatever theories I’m throwing around in my head.

While there was a lot of drama in this installment, I want to leave you with this entire page of translated manga (thank you SeptemberScans, you wonderful people).  I usually don’t like posting pages in full because I respect the people who go through the effort of translating them for the fanbase, but I needed the full context here and I couldn’t pick just one frame.  Because you see Aki and Ueda’s love is made of hearts and rainbows and fluffy white clouds and goodness and this page made me bawl like a baby.

Their love is beautiful… 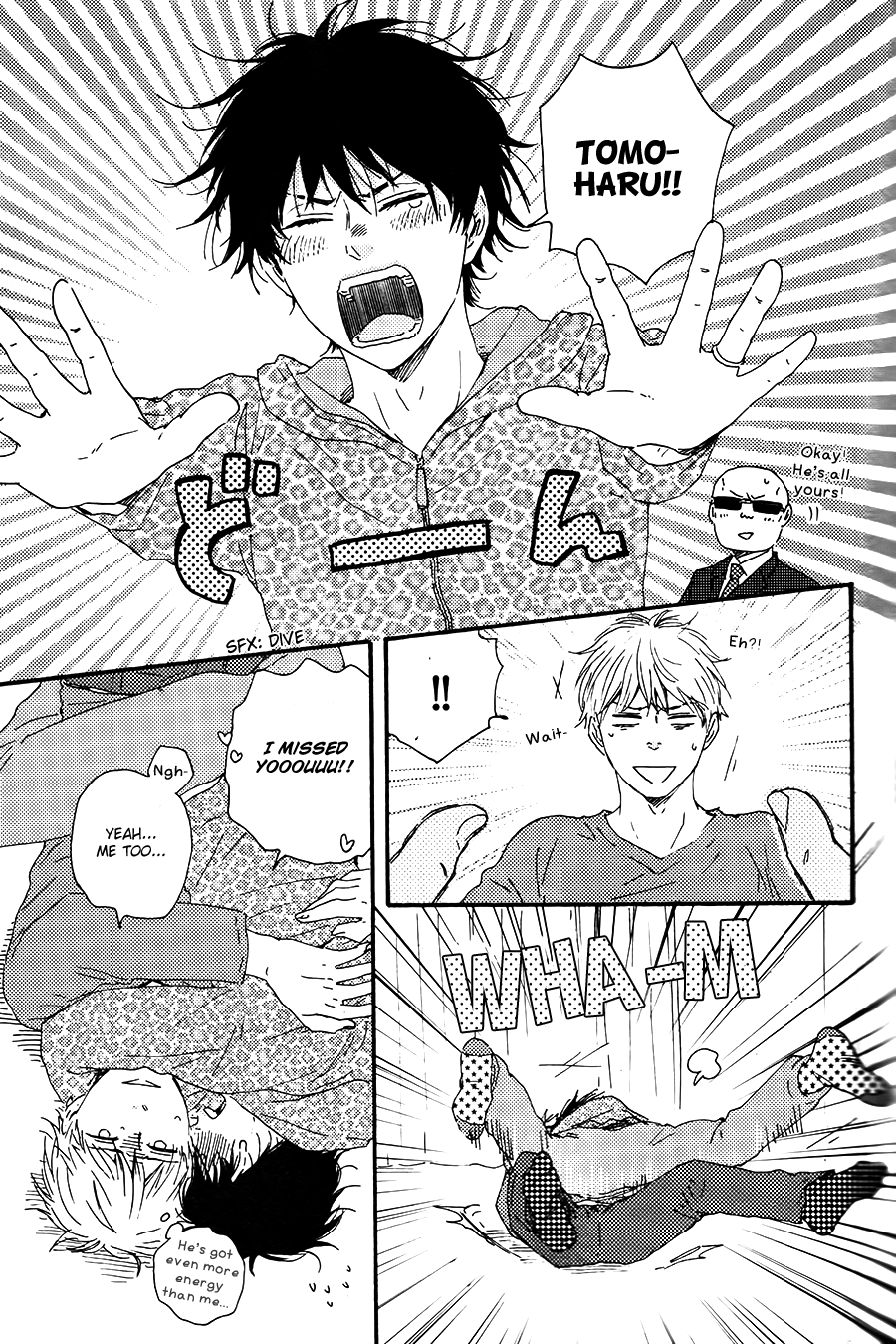 Previous:The Expanse 1×1 Review: Dulcinea
Next: X-Men Will Face the “Apocalypse Wars” in 2016!