What Does It Mean to Be Human? – “Human Lost” Review 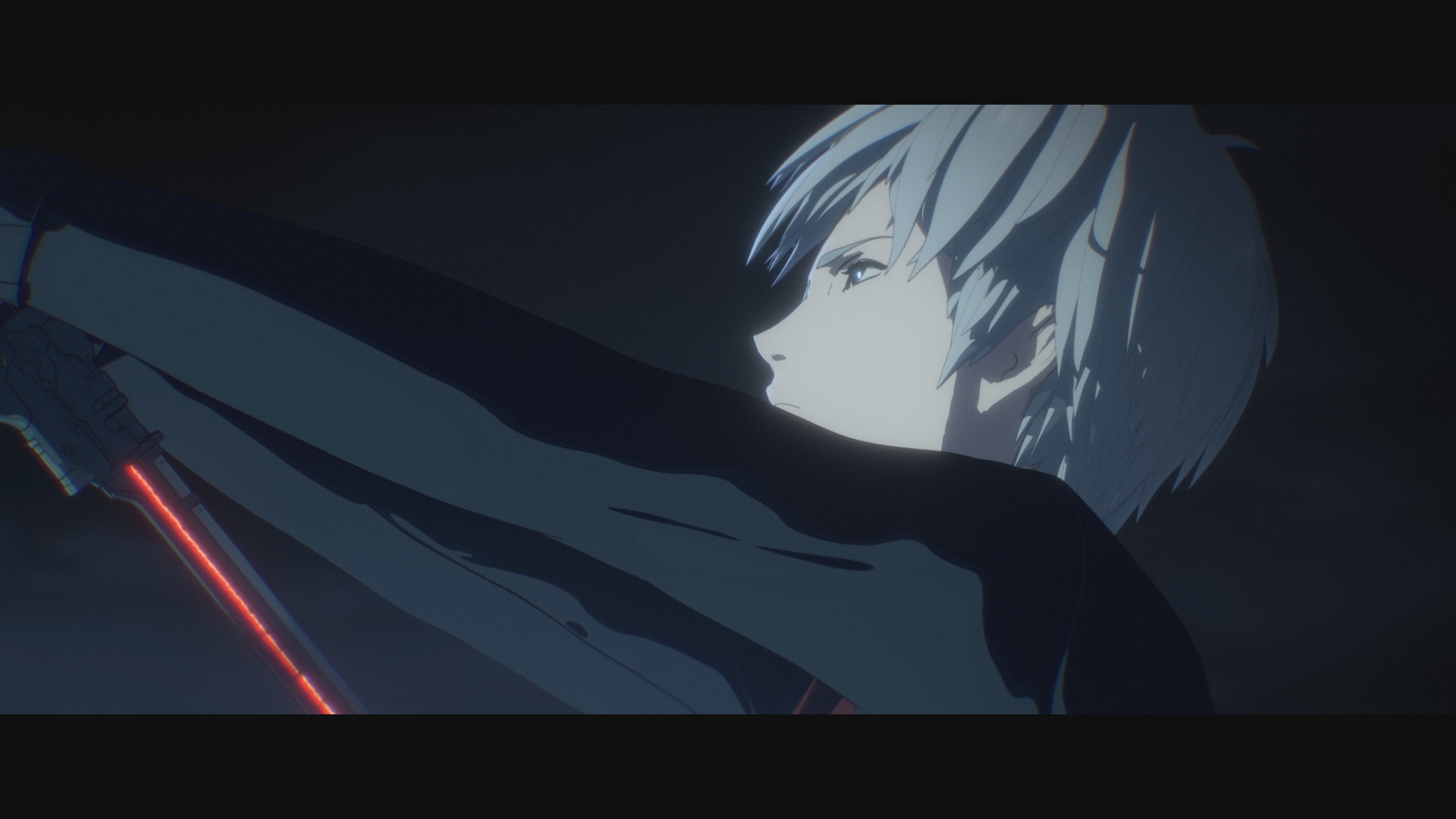 From the chief director of PSYCHO-PASS, the director of Afro Samurai, and the studio behind Godzilla: Planet of the Monsters, Human Lost is an action-packed, futuristic, cerebral thriller looking into the very depths of human consciousness.

*I was provided with a screener for Human Lost in exchange for an honest review. All opinions are my own.*

Based on Osamu Dazai’s Japanese literary masterpiece, No Longer Human, at the core of Human Lost is an exploration of what it means to be human. One of the film’s many ill-fated characters, Takeichi, puts it best when he points out that human beings die. That’s what makes life worth living for many people – the fact that this is your only shot. But in this alternate future, the SHELL corporation has conquered death by the means of internal nanomachines that can repair even the most dire of injuries – and naturally, this is only available to the wealthy. 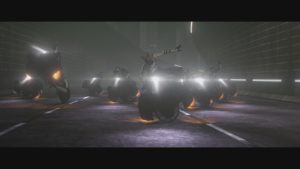 The film centers around Yozo Oba (Mamoru Miyano), an orphaned artist plagued by strange nightmares of demons who often resorts to suicide only to be reanimated by SHELL. (And let me tell you, as someone who adores Bungo Stray Dogs, this film was a lightbulb moment for me in understanding the character of Dazai, also voiced by Miyano.) One night, Yozo is talked into joining his biker friend Takeichi (Jun Fukuyama) on a raid to the “Inside,” the section of town where all the elite live. That night instigates the terrifying discovery of the “Lost” (people who revert to their “true form” – gigantic, praying mantis-looking creatures – when they die) and what exactly Yozo’s role in all of this is.

This movie was a wild ride. I’m still not entirely certain of what was going on, but those of you who are fortunate enough to see this on the big screen are in for a treat. The visuals are stunning, though it looks more like a video game than an anime, since it’s CGI and not traditional animation. The people look a little weird (a commentary on the animation style and not the quality), but everything else is truly fantastic. This is a sprawling, desolate world populated by incredible technology and people that turn into monsters. The use of color in particular is well done, especially with “Lost vision,” when we see through the eyes of someone who has gone Lost. It really is a stunning and visually captivating film. 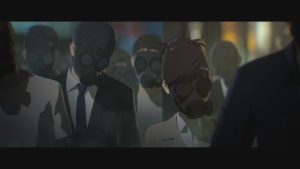 Nonetheless, it’s a very bleak look at society. People who live “Outside” have to wear gas masks because of the air quality, and at one point when Yozo sees a vision of blue sky he is in absolute awe, leading me to believe it’s something that he’s never seen before. There is a lot of death, a lot of destruction, and sadly this film does not treat its few female characters very well. It’s a commentary not only on the consequences of power, but the contrasting ideas people often have about how to better society – fix the problems and restore it, or destroy it and begin again. Yozo is caught in the middle, given two very different glimpses of potential futures, and perhaps the most powerful moment of the film is when he declares to the antagonist, “I will decide my own fate.”

If you have the opportunity to see this in theaters, I highly recommend it. As I said, it’s bleak and depressing, but it’s incredibly well done, it’s beautiful to look at, and there is a little bit of hope in there if you squint.

Presented by Funimation Films, Human Lost will screen in select theaters in the US on October 22nd (subtitled) and 23rd (dubbed) and in Canada on November 6th (sub) and 9th (dub).

Watch the official trailer below:

Previous:Maleficent: Mistress of Evil Review – The Gang Starts a Fairy War
Next: Headup Partners with Devespresso Games to Bring “The Coma 2: Vicious Sisters” to US Audiences This November!