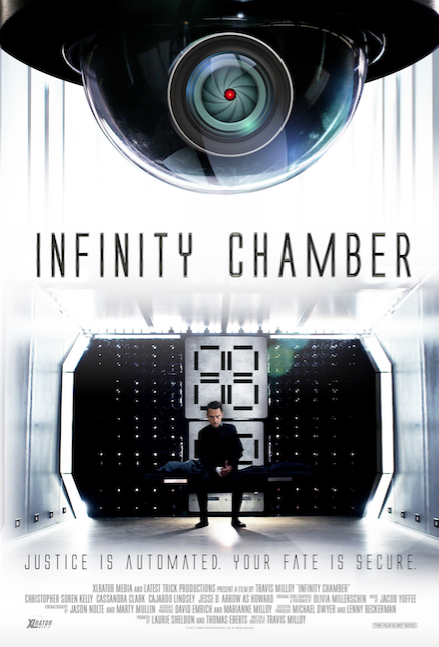 XLrator Media has made the announcement of acquiring the worldwide rights for Infinity Chamber, a sci-fi thriller that will be released in the US on September 15, 2017.

I’m all for low-budget sci-fi movies that have a interesting concept. Directed by Travis Milloy, Infinity Chamber is set in a futuristic government prison. Milloy was also the writer and executive producer of Pandorum, a sci-fi action film starring Dennis Quaid and Ben Foster. Infinity Chamber serves as his feature directorial debut. It was produced by Laurie Sheldon and Tom Eberts.

Infinity Chamber is set in a fully automated government prison in the future. Subjected to relentless computer interrogation, a wrongfully imprisoned man must outwit his captors and escape to the outside world that may already be wiped out.

The upcoming film is said to have a Kafka-esque feel to it which made me remember Resident Evil Revelation 2, a horror-thriller video game that was also set in a scary prison and inspired by Kafka’s work.

The overall deal was negotiated by Barry Gordon and Mike Radiloff from XLrator Media with Lotus Entertainment’s Daniel Brandt on the filmmakers’ behalf.

What are your thoughts about Infinity Chamber? Let us know.