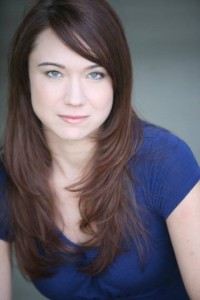 Being a fan of American Horror Story I was really excited when I got the opportunity to interview one of the cast members from AHS: Coven. If you have been following the show you will be familiar with Jennifer Lynn Warren who plays Borquita LaLaurie, one of the daughters of the notorious Delphine LaLaurie. She reprises her role in AHS: Coven 3×11 during Delphine’s flashback, and I couldn’t be happier with the timing of this interview!

Q. When did you decide to become an actress?

I was a squirrel in a third grade play. I got rave reviews. The rest is history.

Q. You have had roles in numerous TV series. But how did you feel when you got the part in American Horror Story: Coven?

It’s a great honor to book a show that has some of the best writers and actors on TV today, but it was intimidating at first. Some steady working actors will never get the opportunity to work with Academy Award winning actors, and I get to almost every day I’m on set. When I got the script, I was really hoping I could step up what was on the page. But once I began to study my character and my lines, everything just flowed. That is the blessing of working with talented wordsmiths.

Q. How was your experience sharing scenes with the amazing Kathy Bates? How did you prepare for the role?

There are great actors that show up, take you by the hand and heart, and say, “let’s play”. That’s Kathy. She makes everyone her family the moment she arrives. Every scene we did felt like it was a team effort.

Since we were filming in New Orleans, preparing for the role was pretty easy. Just about everyone in NOLA knows the LaLaurie story. The house my character grew up in still stands in the French Quarter and I would pass by it just about everyday. I tried tracking down the gravesite of my character, but so many records were lost in the fires.

Q. I have to ask. Was it really you under all the zombie makeup? 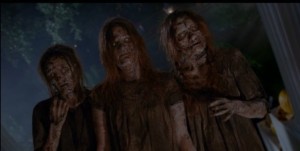 Yes! Four hours to get me into make-up everyday! I have the call sheets and IMDB credits to prove it! Christopher Allen Nelson was my Special Effects Make-up Artists, and he was so patient and talented that the make-up never felt like a chore.

Q. What do you look for when searching for a new role?

I love playing the girl next door with a deep, dark secret. The script has to be good, and not written just to have shock value.

Q. You are also a stunt woman and have a certificate from the Society of American Fight Directors. Don’t you ever worry about getting injured? You know, a beautiful and talented actress doing stunts?

It is a concern. I don’t believe the general public has an idea how dangerous stunt work can be. I don’t pursue it anymore for that reason. My true passion is acting, having the stunt skill set was there to help me book more roles and “break into the industry” as they say. I was watching the movie “Gravity” the other night, and my hats off to that amazing stunt crew! It takes an immense amount of talent to pull off a scene, pretending in some ways to be two other people (The actors you are doubling, and their character), with authentic reactions and movements true to them.

Q. Not all actors are keen on doing their own stunts, let alone standing in as stunt doubles for others. What made you decide to pursue such a talent?

I will be honest with you. I needed the work. I wanted the industry connections. It was also a chance to act.

Q. Anything else you will be starring in this year, a feature film or anything in the pipeline?

I wish! I don’t have anything else lined up.

I thank Jennifer for giving us the time for the interview and I wish her all the best in her career. She’s a determined, beautiful and talented actress. I know we will be seeing more of her soon enough.