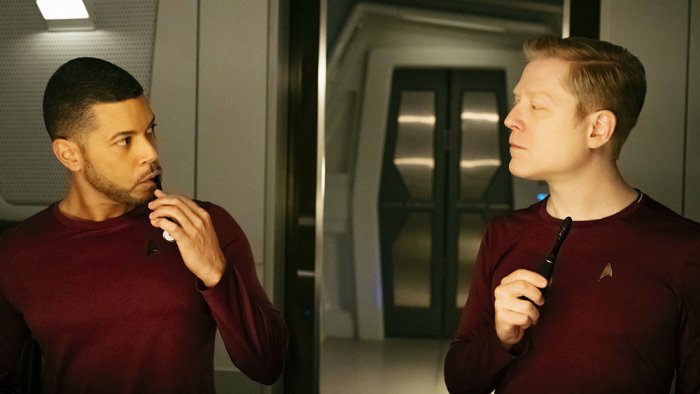 Actor Kevin Spacey has responded to Anthony Rapp’s allegations about unwelcome sexual advances and apologizes for his drunken behavior.

While the Harvey Weinstein debacle has urged Hollywood talent to come forward and become public about sexual harassment, it is also putting the spotlight on inappropriate behavior from actors you might like or be familiar with. The Affleck brothers are one, and now we have Kevin Spacey.

During an interview with BuzzFeed, the Star Trek: Discovery star Anthony Rapp accused Spacey of inviting him (at 14-years-old) and a friend (17-year-old) to a nightclub and being entertained in a VIP area back in 1986. This was followed up with an invite to Spacey’s apartment.

According to Rapp, he felt bored at the party and watched television in the bedroom. After all of the guests had left, Rapp said that Spacey, who was 26 at the time, “sort of stood in the doorway, kind of swaying. My impression when he came in the room was that he was drunk … He picked me up like a groom picks up the bride over the threshold. But I don’t, like, squirm away initially, because I’m like, ‘What’s going on?’ And then he lays down on top of me.”

The experience has been described by Rapp as “a frozen moment … In terms of fight or flight or freeze, I tend to freeze.”

Rapp was able to “squirm” away and closed himself in the bathroom. “As I opened the door to leave, he was leaning on the front door[frame]. And he was like, ‘Are you sure you wanna go?’ I said, ‘Yes, good night,’ and then I did leave.”

Spacey addressed the incident on Twitter. “I honestly do not remember the encounter, it would have been over 30 years ago. But if I did behave then as he describes, I owe him the sincerest apology for what would have been deeply inappropriate drunken behavior, and I am sorry for the feelings he describes having carried with him all these years.”

Spacey, who is now 58, went on to say that “As those closest to me know, in my life I have had relationships with both men and women. I have loved and had romantic encounters with men throughout my life, and I choose now to live as a gay man. I want to deal with this honestly and openly and that starts with examining my own behaviour.”

Rose McGowan, Billy Eichner, and others aren’t thrilled about Spacey using this incident to become public about his sexuality.

Kevin Spacey has just invented something that has never existed before: a bad time to come out.

Rapp kept quiet about the incident for years. However, as Spacey’s career rose, Rapp start feeling angrier and frustrated. “I still to this day can’t wrap my head around so many aspects of it. It’s just deeply confusing to me,” said Rapp. “I wanted to scream to the rooftops, ‘This guy is a fraud!’,” he added.

Rapp came forward with the same story, but with Spacey’s name removed while talking to the Advocate back in 2001.