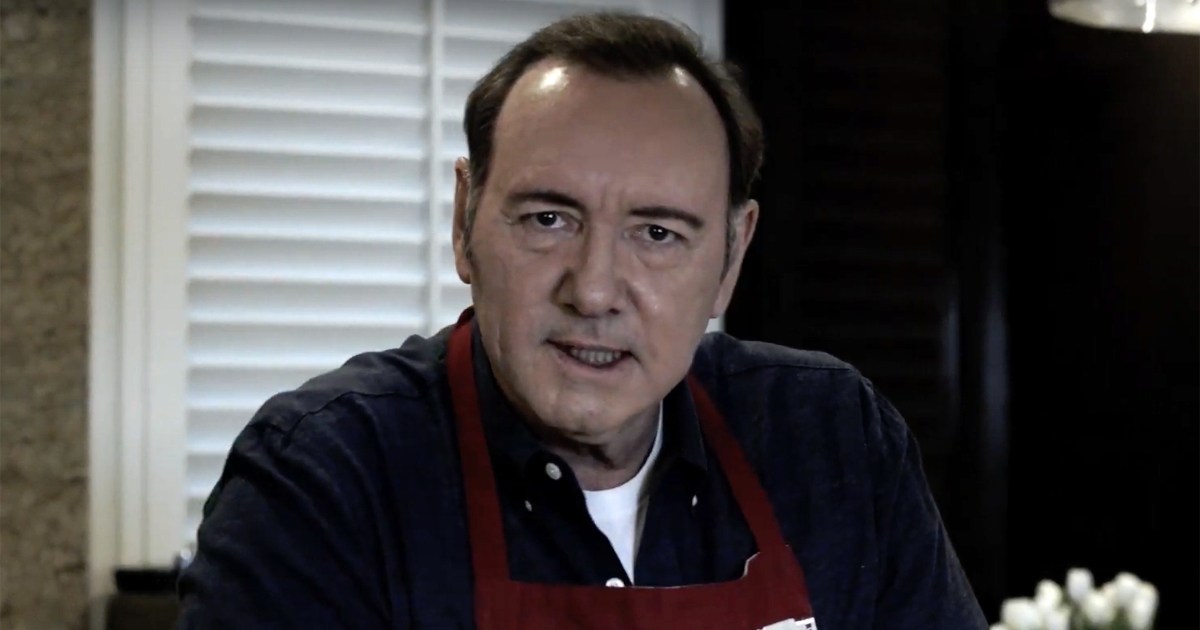 Merry Christmas everyone! In case your holidays were going just a bit too well, Kevin Spacey is here to drop a completely bizarre video on Twitter to remind us he’s still a complete creep.

Just in case you forgot, a little over a year ago Kevin Spacey tried to use the LGBTQ+ community as a shield against rather horrific accusations by actor Anthony Rapp.  We rejected this attempt at hijacking our community.  For a year he was silent on social media and, generally, in the media as well (with a few small quotes here or there).  And things were good.  A rushed season of House of Cards was thrown out on Netflix without his character and he was erased from All The Money In The World just a few weeks prior to its release date.  Hollywood was ejecting him completely from their productions and it felt like we were getting some justice.

But Kevin Spacey can’t stay away from the spotlight forever, it seems.  He had to release this wackadoodle video on Christmas Eve, ensuring that people who were triggered by the news released last year have an absolutely terrible Christmas this year.  Within two hours it was the number two trending topic on Twitter worldwide, just behind “Merry Christmas.”  An hour later it was number one on Twitter above all the cheery holiday topics.  Way to wreck the holiday spirit worldwide, you creep.

Let Me Be Frank https://t.co/OzVGsX6Xbz

So you’re all saying I should probably take “Director and Co-Writer, Kevin Spacey’s Weird Christmas Eve YouTube Video” off my resume

If you’re a method actor and you get fired while you’re still in character, than you’re stuck doing that character forever. Kevin Spacey knows how weird that video is, but there’s nothing he can do about it.

PR flack: “So here’s our idea: we film you, in character as Frank Underwood, in a poorly-lit kitchen, reciting a ton of skin-crawling dialogue, and then we release the clip on Christmas Eve.”

If any other celebrity needs to go completely insane right now, Kevin Spacey has given you a few hours of cover.

eternal sunshine but just for that kevin spacey video

Kevin Spacey’s lawyer: welp, time to take a big sip of hot coffee and log on to Twitter pic.twitter.com/1P9Pejl2M6

And yes, as one of those tweets above implied, there’s a new criminal complaint against him.  The timing between the video and the news about the 2016 incident is weird for sure.  Whether he made that video in an attempt to distract, sort of like how he did with the complaints from Rapp, or if the bizarre timing was purely coincidental I’m not sure.  That video must have taken a little bit of time to write, film, and edit (and why oh why did nobody tell him how weird that is during that entire process?)

If it was an attempt to distract or deflect, I think it’s fairly clear that he’s horrible at it.  This is the second time he’s come out with something hoping to turn attention away from himself, which only ended up amplifying the incident more.