The LGBT Couple “Once Upon A Time” Promised is Finally Here 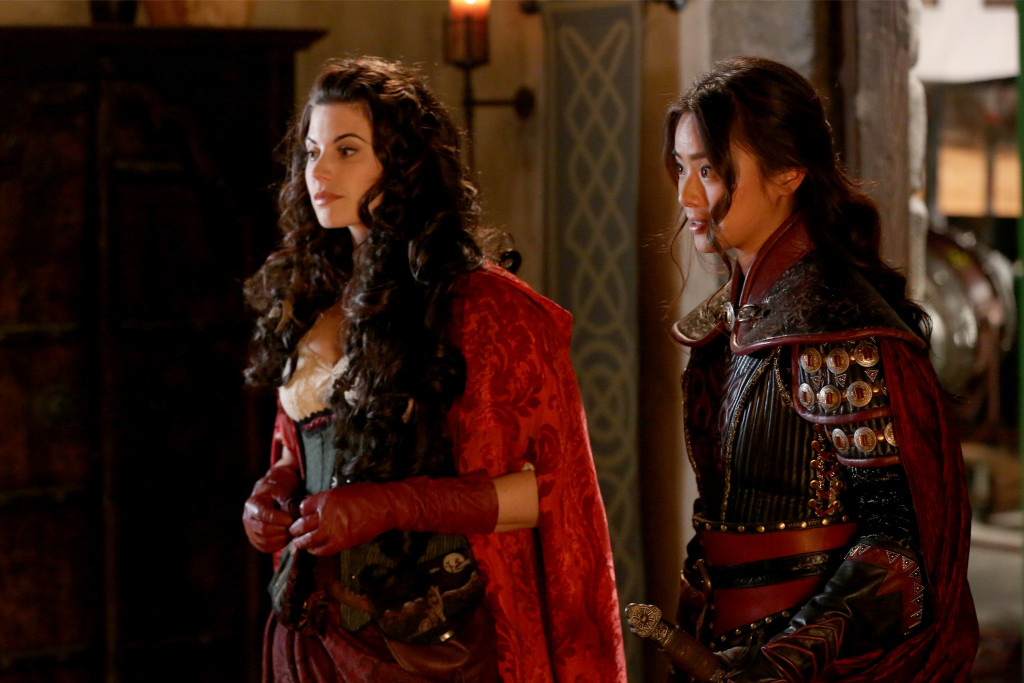 Fans of Once Upon a Time have been waiting for the LGBT couple promised by executive producers Adam Horowitz and Edward Kitsis last year. It’s finally here, and it’s not the couple fans were expecting.

WARNING: There be spoilers ahead!

When Jamie Chung’s Mulan returned, it seemed obvious that she would be part of the LGBT couple set to appear this season. Despite the fact that she previously hinted at having unrequited feelings for Sleeping Beauty, Mulan is NOT part of the promised romance. Instead this week’s ep “Ruby Slippers” revealed that Once Upon A Time’s very special totally not sweeps lesbian love story is between Ruby (Meghan Ory) and Dorothy (Teri Reeves).

In “Ruby Slippers”, Zelena places Dorothy under a sleeping curse! Oh no! The only cure is True Love’s Kiss, but luckily Ruby’s fallen (rapidly and randomly) in love with Dorothy. They kiss and then live happily ever after, which is a nice change from all the queer women that have been killed on television recently. 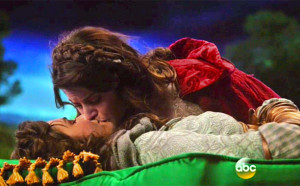 Representation is good, and let’s face it at this point we’ll take what we can get, but it’s hard not to feel the tokenism in this storyline. That said, I’ve no doubt there’s a bunch of LGBTQ+ people that feel a little bit better about themselves after seeing Ruby and Dorothy kiss… It was a pretty good kiss.

Horowitz and Kitsis spoke about the pairing at a screening last year: “We know that community have been big supporters of the show and we would love to be able to tell a love story that reflects that,” Kitsis said. “We want the show to reflect the world as it is now,” added Horowitz. “Whether that’s going to be with any particular character, we’re not going to say.”(via EW.com)

It is without a doubt a testament to Once Upon a Time’s strong and very vocal LGBTQ+ fanbase that they finally got representation beyond hints and baiting. It’s only taken them six seasons to realise that, to quote Horowitz and Kitsis, “love is love” (via EW.com). But, hey, at least they got there in the end.

TOPICS once upon a time