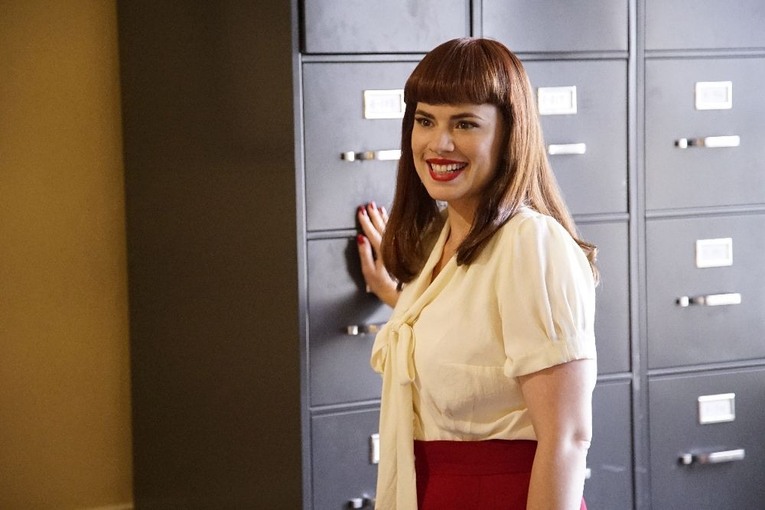 Agent Carter is so much fun. Sitting down to review it every week is an absolute delight.

Agent Carter is not particularly deep, and it’s incredibly clichéd, but it’s so damn enjoyable to watch that I am quite honestly not interested in picking it apart. This episode had a slow motion team walk, which was undercut by the dorky character tripping. It’s obviously not high art, but if you think I didn’t giggle like a child when their cool slo-mo entrance was abruptly interrupted because Jarvis parked the car around the corner…

“The Atomic Job” was your basic misfit team caper, which probably would have been rather boring if it weren’t for the characters involved. Rose was back! As was Sousa’s girlfriend-turned fiancée Violet. So it was less of a dude-fest than the last couple of episodes. Both characters were used brilliantly to undercut overused sexist stereotypes. Rose was used to call Sousa out on his subtle but no less toxic sexism. And Violet has yet to fall prey to the villainization that befalls so many romantic rivals. More than that, she’s actually genuinely likeable, making the love triangle slightly more interesting.

Whitney Frost is still great television, but I will say I was a little disappointed with her characterisation this week. She came across as more like a desperate addict rather than a powerful supervillain. It fit with the cartoonish tone of the episode – very Scooby Doo, she would have gotten away with it too if it weren’t for those meddling kids – but it’s disappointing. Although the scene where her trophy husband can’t sleep because she’s muttering nonsense in the bed next to him was hilarious.

Dr. Thunderstruck is great, and it was nice to see that they didn’t have him hiding his troubles from Peggy. I like a man that can communicate. It’s a little sad that they have him on the sidelines; he would have been a wonderful addition to the heist team. Much better than whoever that scientist dudebro was. That level of annoying comic relief was pushing my tolerance for clichés to the limit. Really though, I’m just happy that Dr. Wilkes is still alive and flirting with Peggy, because the romance plot with Sousa is such a bore. 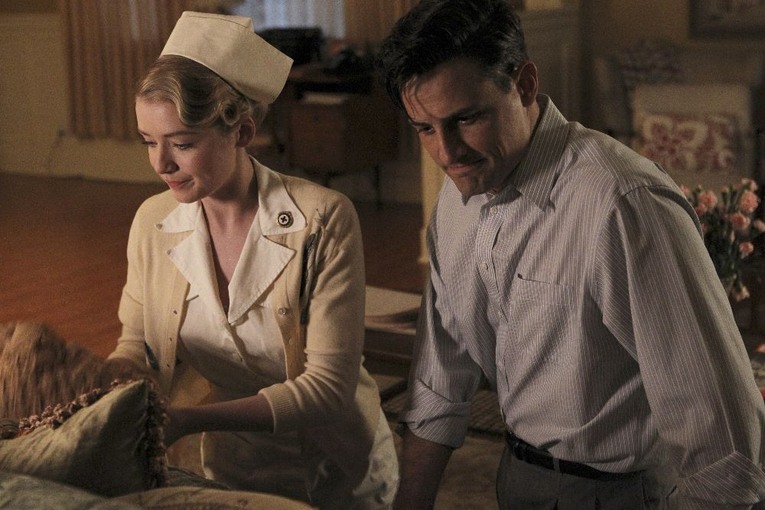 Here’s the deal: generally, I like Sousa as a character. I’ve really enjoyed his more hands on role as part of Peggy’s team this season. And I understand that there must be a heterosexual romance because of reasons. But I just don’t get the way they’re playing the Daniel/Peggy relationship as like a tragic lost love. I feel like we’re missing a piece of the puzzle. Because in season 1, Sousa had Peggy on a pedestal and Peggy was still hung up on Steve. They’ve obviously moved on since then, but we didn’t see that, so I feel like we fast forwarded through the most important parts.

I commend this show’s consistent determination to avoid pitting women against each other, and I love that they have resisted the urge to villainize Violet. But the fact that I really like Violet is making me not like Sousa, which is not a good thing if I’m supposed to want him with Peggy. The engagement scene between Sousa and Violet was surprisingly charming. As I was watching, all I could think was this isn’t fair because unless Agent Carter is about to pull an awesome about face turn, this is all going to end in tears for absolutely boring and pointless reasons.

This episode was cliché and cartoonish and silly, but also really really fun.