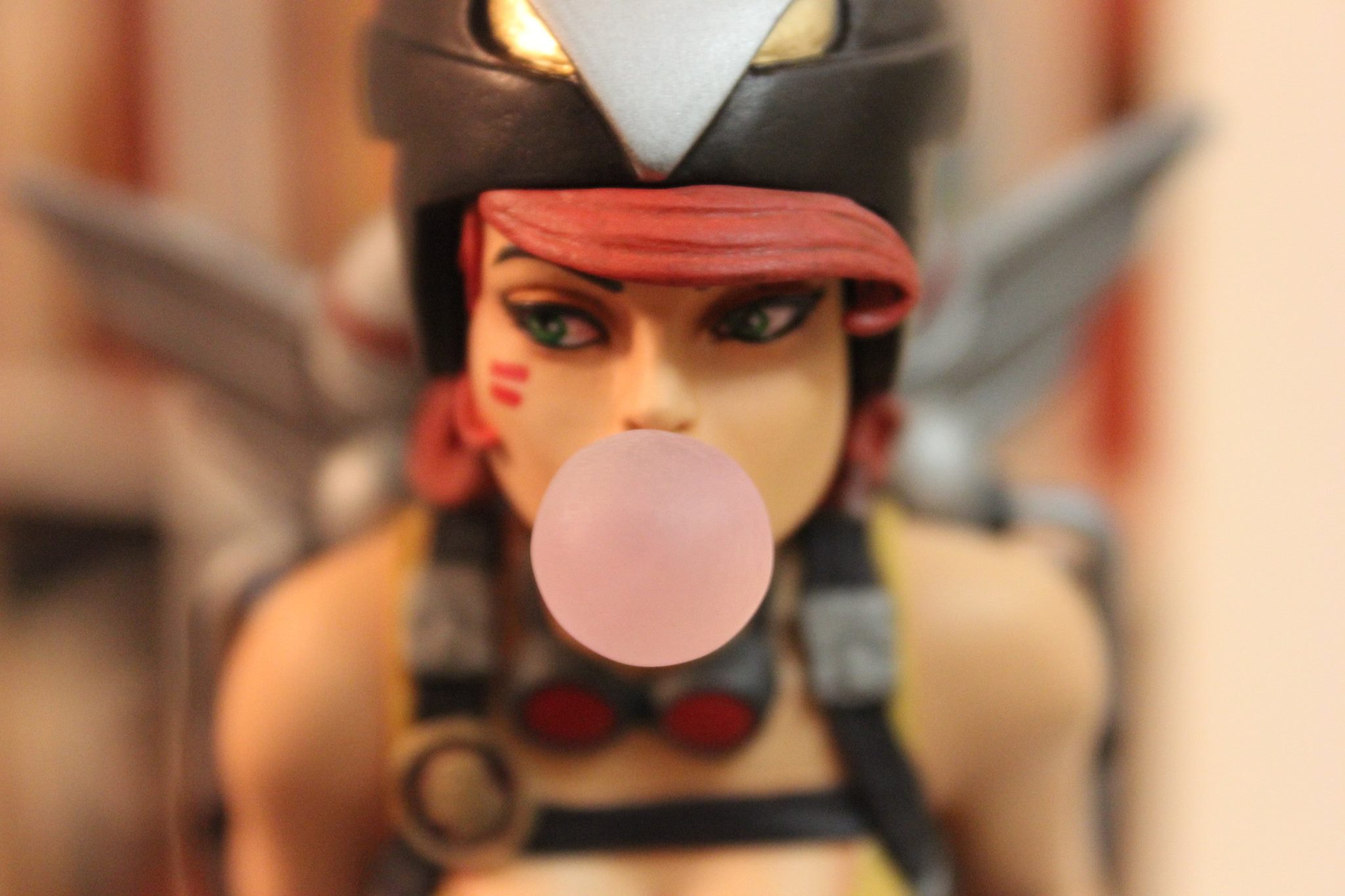 Recently added to the ranks of DC Bombshells statue series is Hawkgirl. If you haven’t seen this line before (well, you must have been living under a rock), they are inspired by pinup girls of the 1940s and 1950s. Previous statues include Lois Lane, Batgirl, Batwoman, Harley Quinn, and a few others. It’s a cold-cast porcelain statue standing 10 1/4-inches tall. It was designed by Ant Lucia and sculpted by Tim Miller. It’s part of a limited release of 5,200, and retails for roughly $124.95. 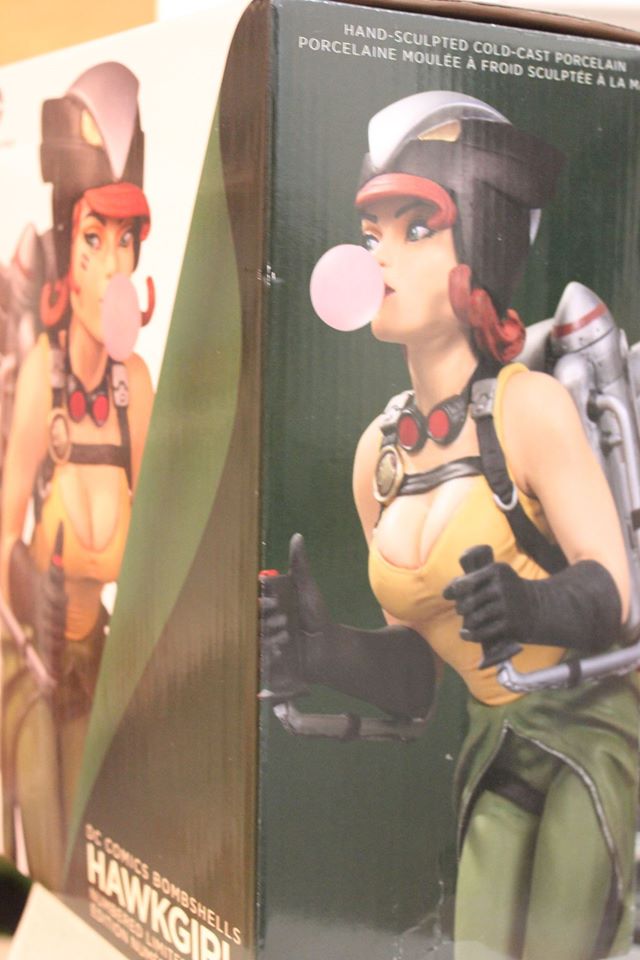 The base is packed separately in the styrofoam when you unpack it, so be advised. The statue and name plate are wrapped individually as well. 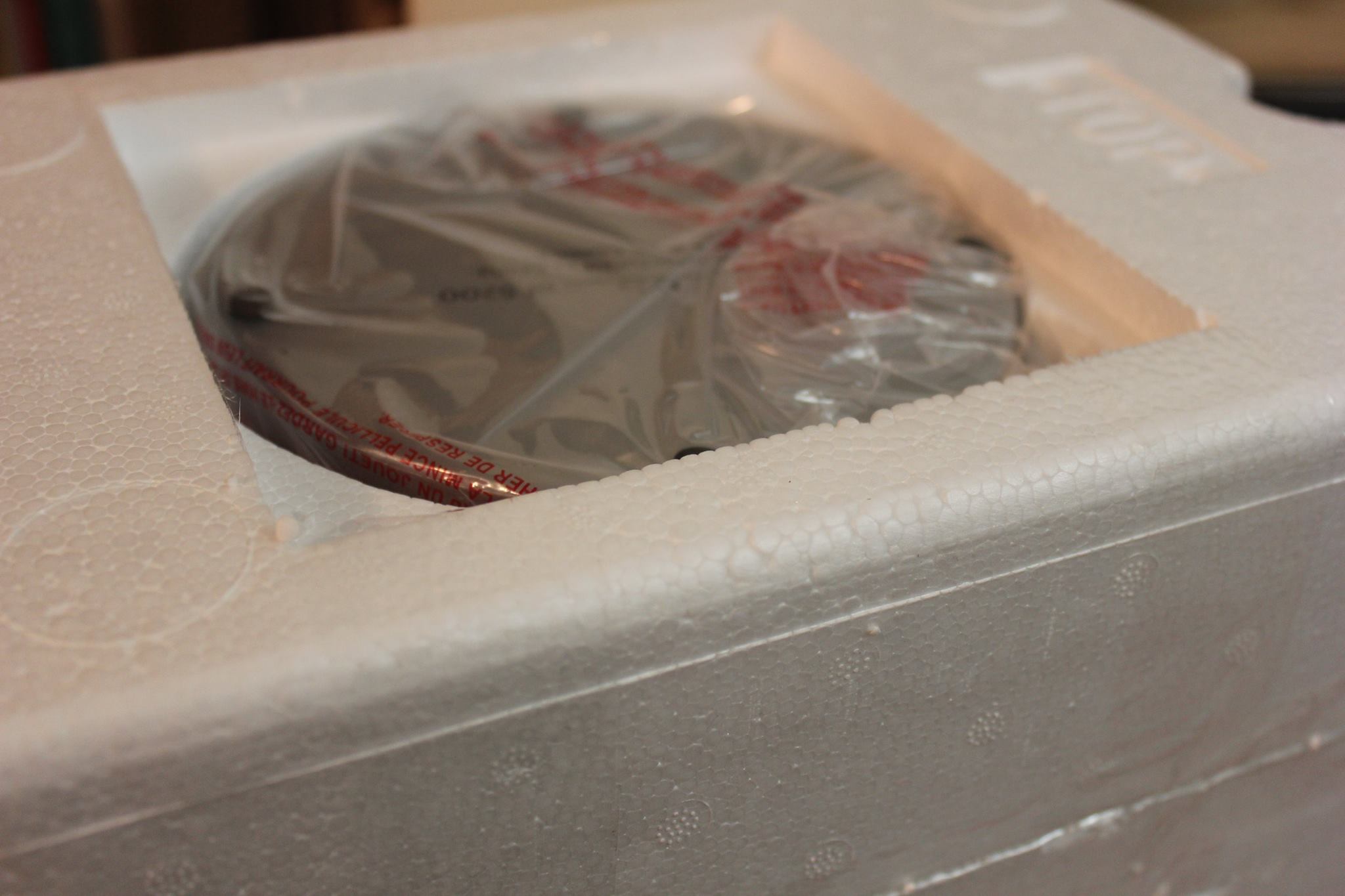 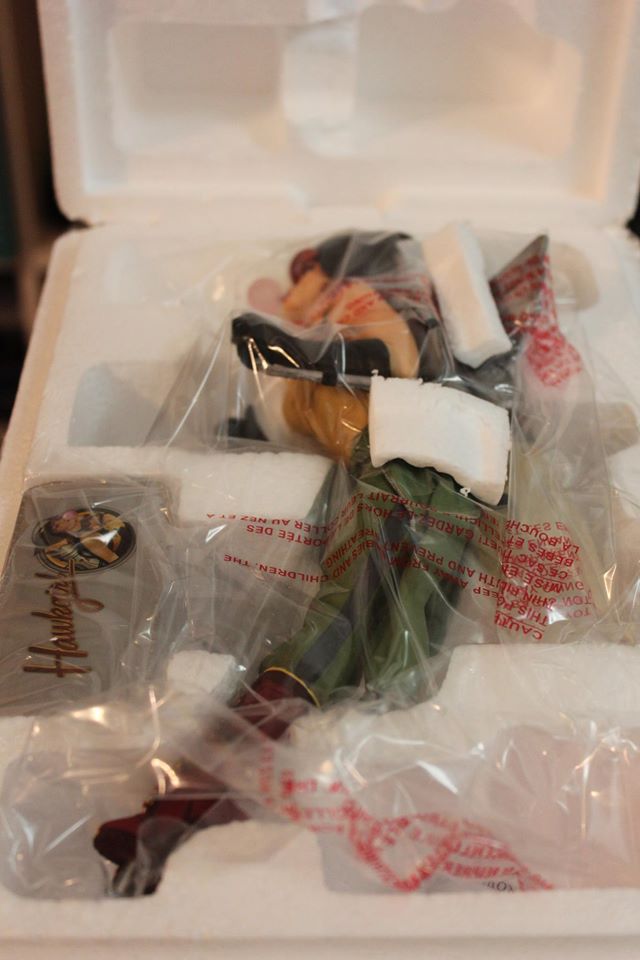 I was lucky enough to see a few other in the DC Bombshell series at the NYTF, and was not let down by Hawkgirl at all (minus a small shipping incident that broke off one of her curls before I opened the box). 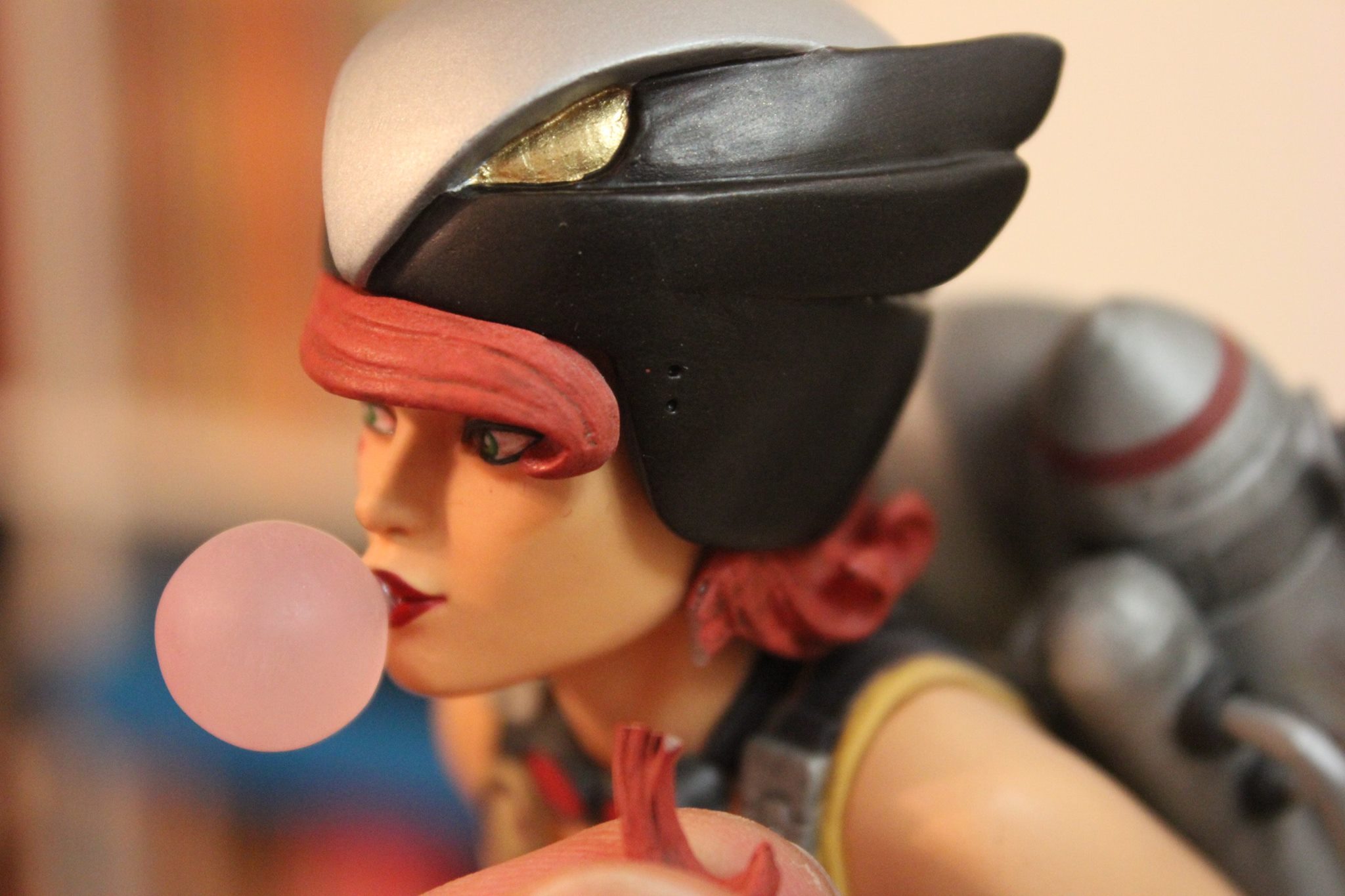 Regardless, the statue itself is very detailed and visually stunning. I really liked that her jetpack has “Hammer” and a little mace next to it on each side, it’s a nice touch. It also says “Thanagarian Weapons Systems” on the wing. (A/N: Thanagar is the original homeworld of Hawkman, Hawkgirl, and Hawkwoman and a mace is one of her weapons of choice, though she wields a few.) There is also a bit of smoke coming out the jetpack as well, so it looks like our girl is mid-flight. 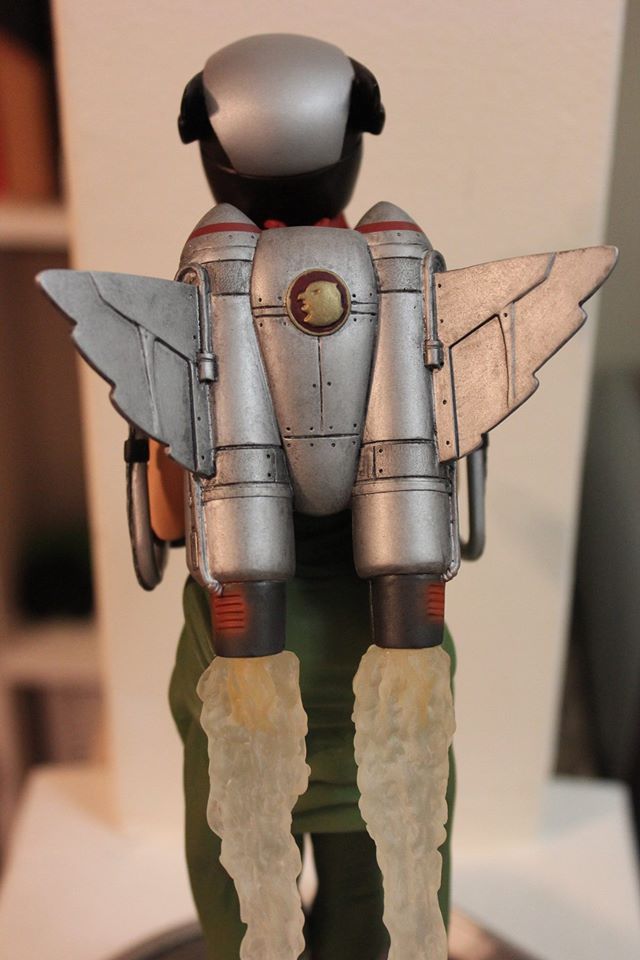 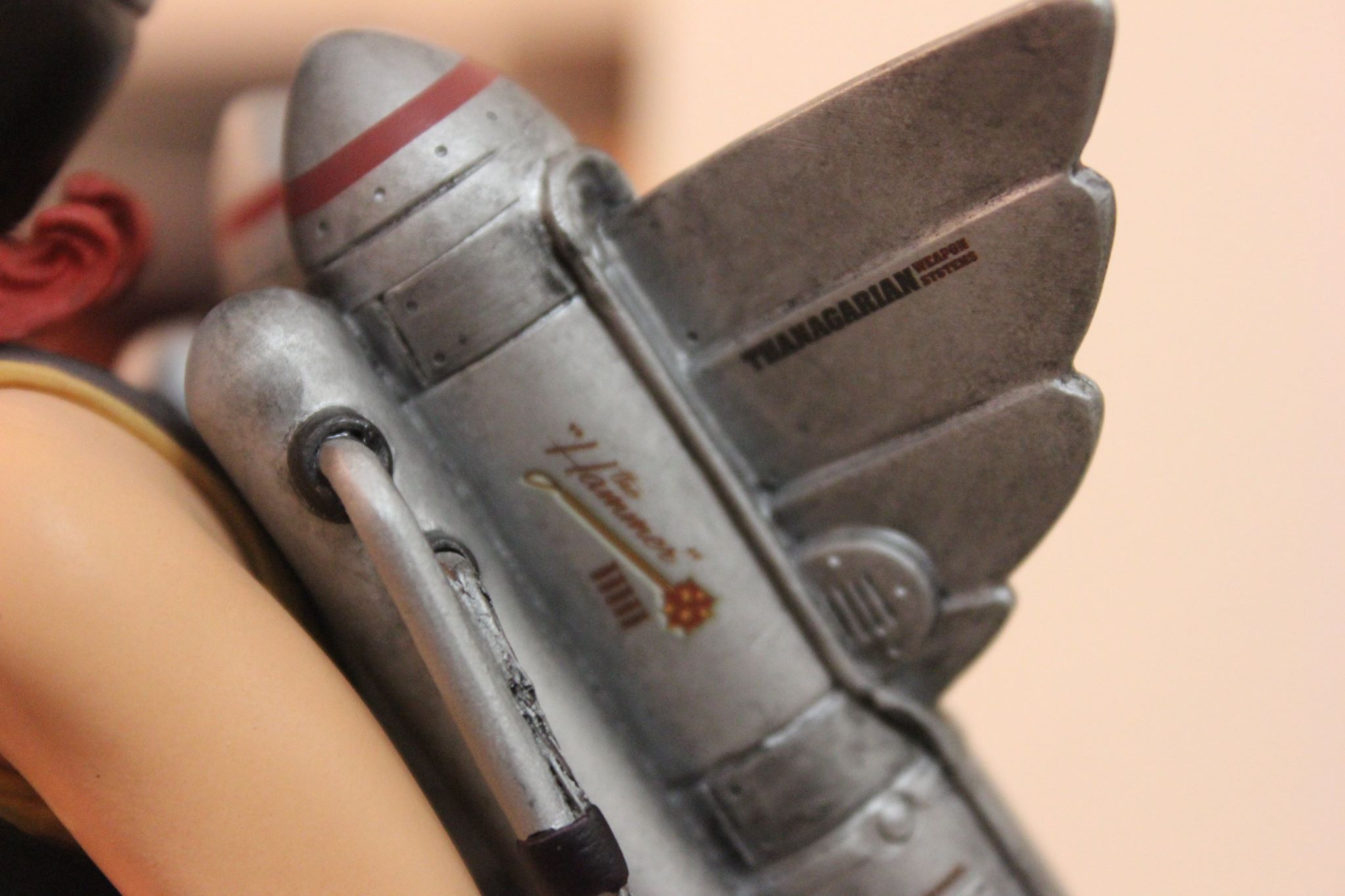 The base itself is quite sturdy, and the Hawkgirl nameplate is magnetic. She has two pins on her toes that fit in the base to keep her upright. You wouldn’t think that’d be enough, but once placed, it’s pretty solid. 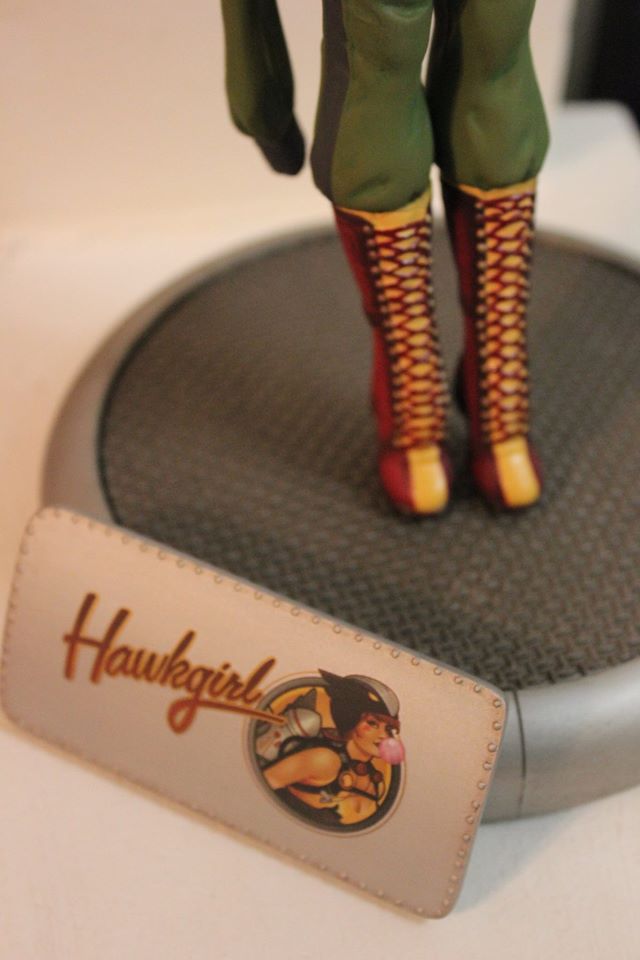 Hawkgirl is dressed down, with a flight suit hanging off at the waist, and a yellow vest visible. This is reminiscent of her usual costume, as is the modified flying helmet that looks like the classic Hawkgirl mask. She also has a bit of warpaint on her cheek under her vivid green eyes. The pink bubble gum bubble goes along with the pinup girl style DC is trying to convey. 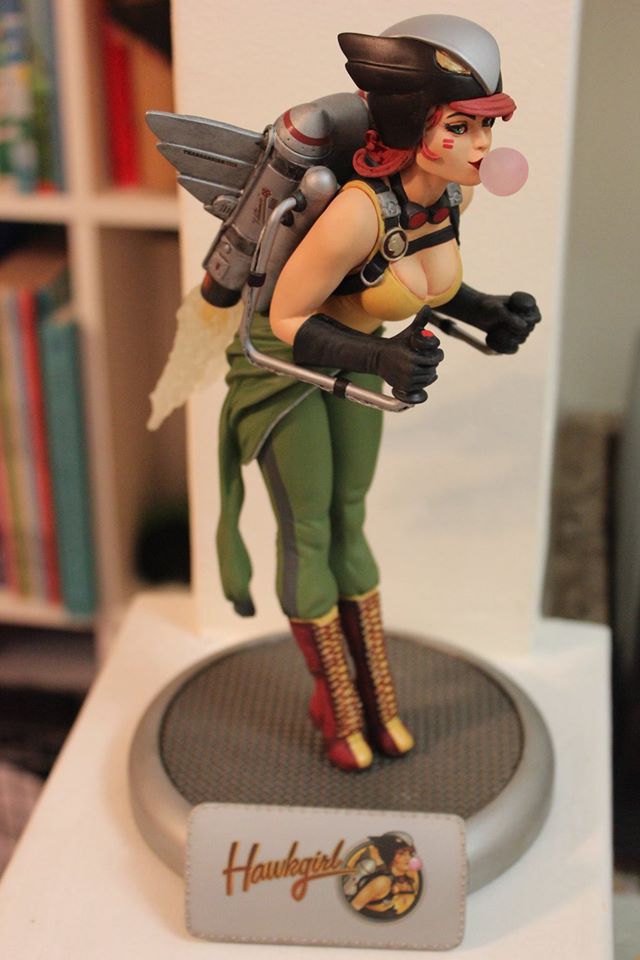 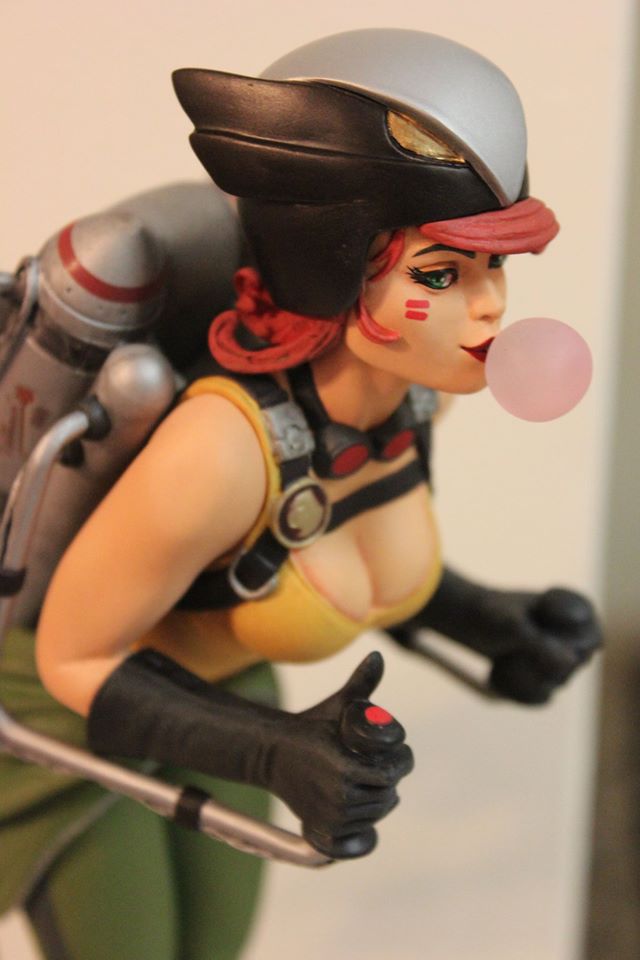 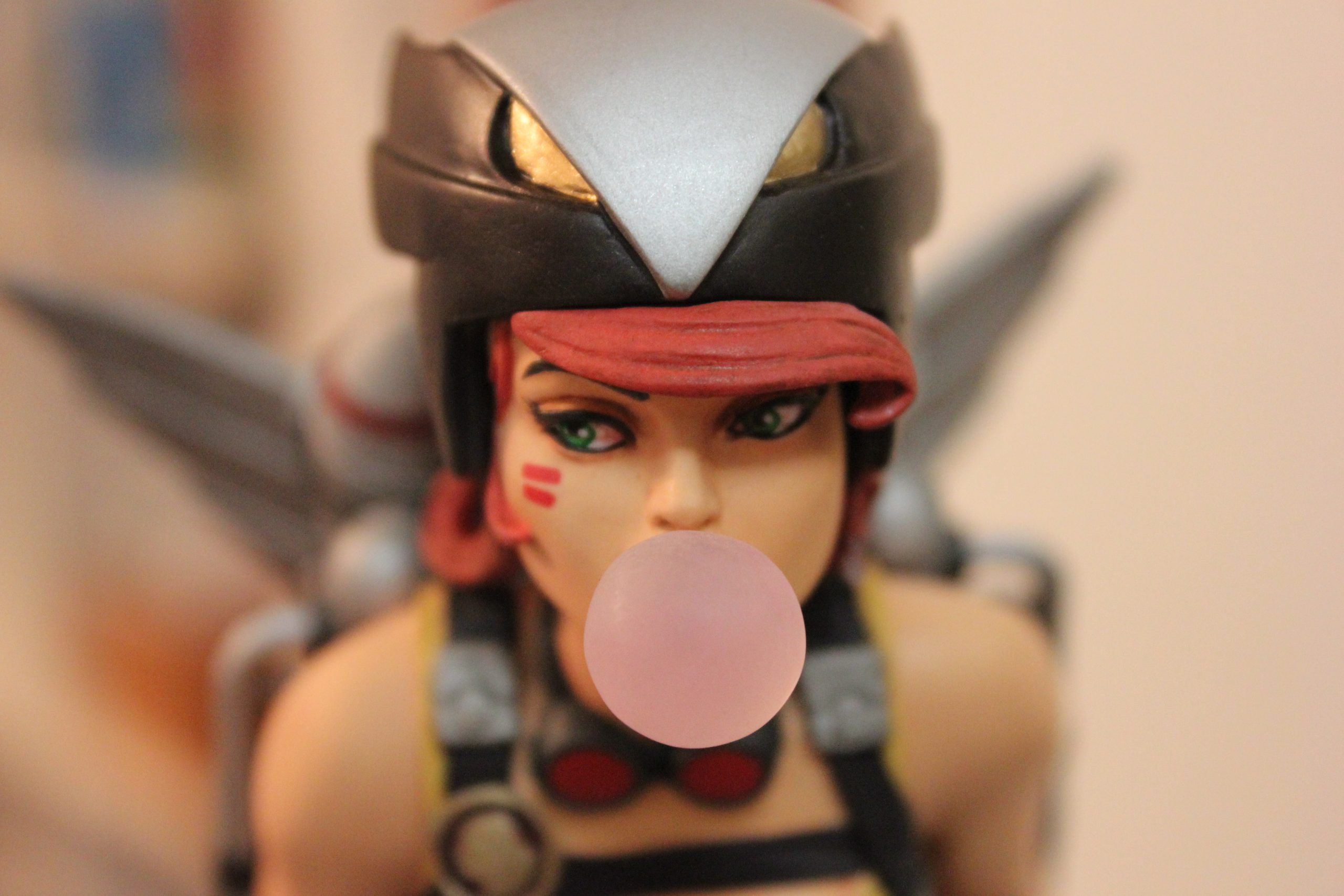 I really like the DC Bombshells line, mostly because I’m a sucker for anything a bit more stylised and retro (and no one will ever convince me that Justice League: The New Frontier is one of the greatest animated superhero movies of all time), but these statues are truly a thing of beauty. Yeah, you can just slap on some old school outfit and call it “classic”, but with the DC Bombshells, the personality of the character isn’t lost. I think that’s one of the most important things. Yes, she’s a bit sexualised, but hello, it’s in the name “bombshell”, so it’s a given. She’s a classic pinup and absolutely gorgeous, but she can definitely still kick your butt!