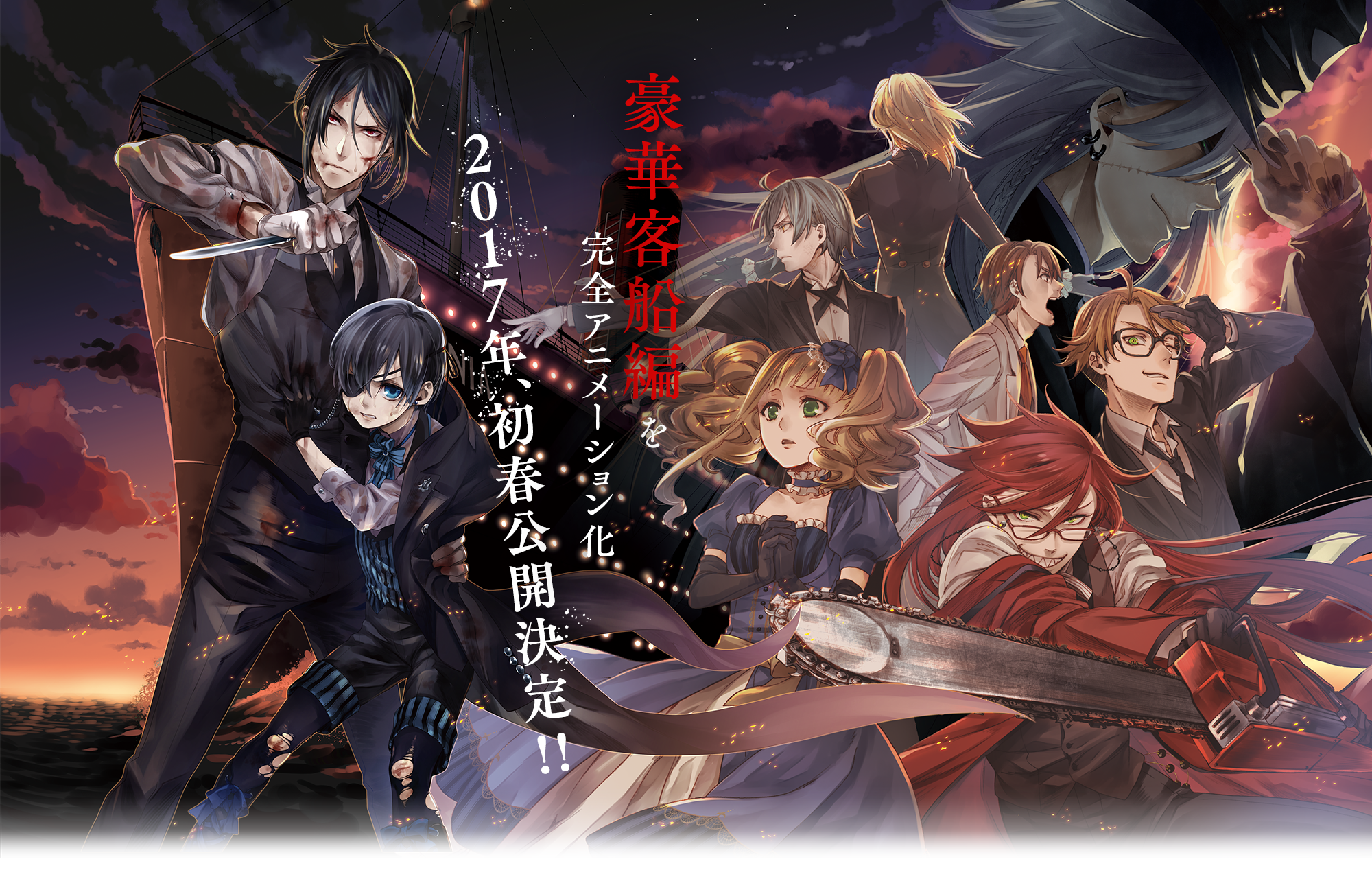 The announcement was made by the official Kuroshitsuji twitter account and the fandom couldn’t be happier with the news.  In my fandom circles, the Compania arc was certainly the fan favorite for the new anime, but without an official announcement all we had to go on was speculation and a gut feeling that one of our favorite arcs would come to life in anime form.  Following the titling format set by the Book of Circus arc, the new movie will be called “Book of Atlantic.”  There’s no official date, but the twitter account and official website promise it will “set sail” in “Spring 2017.”

Let’s get real here for a moment.  Sebastian and Ciel are both fabulous in this arc and I adore them completely, but that’s not what has me excited the most here.  But before I get into that, I have to warn people who haven’t read the manga to turn back here.

WARNING: The following paragraphs contain character spoilers (but no plot spoilers) from the Compania arc/Book of Atlantic story. 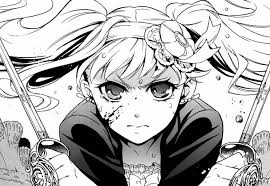 The part of this that I’m most excited about is sword wielding Lizzie.  This was the arc that really made me realize how incredible she is as a character.  I’ve never really disliked Lizzie, but she went from an unfortunately cliché cute female character, to a surprising badass.  Like the Phantomhive servants, she has been putting on a front for the public, but had a secretly fierce side to her that she was forced to pull out of hiding to keep Ciel safe.  In this case even Ciel was surprised by the badassery.  Three cheers for sword-wielding Lizzie!

Another part that has me excited is the inclusion of Snake.  While he was able to redeem himself in the Book of Murder arc, it was during the Compania voyage that he really showed how his unique skill set could be useful as a member of the Phantomhive household.  I didn’t think they’d really drop his character, but seeing his name on the cast page is a huge relief.  More Snake, please.  Always more Snake.

And also? The Undertaker.  THE UNDERTAKER. I can’t even form words for how excited I am to see him do the things that he does in this story.  Honestly, I’m more excited to see what he’s currently up to in the manga, but we wouldn’t be there if he hadn’t crossed through this part of the story first, so I’m happy to see him displayed so prominently on the promotional image.

It’s only February of 2016.  It’s not even spring of this year yet, but we have to wait until spring of next year.  But that’s alright, guys.  This series has consistently some of the best artwork I’ve ever seen in anime or manga, so it’ll be worth the wait.  We can do it, guys.  I promise.

One thought on “Kuroshitsuji (Black Butler) Anime to be Compania Arc”