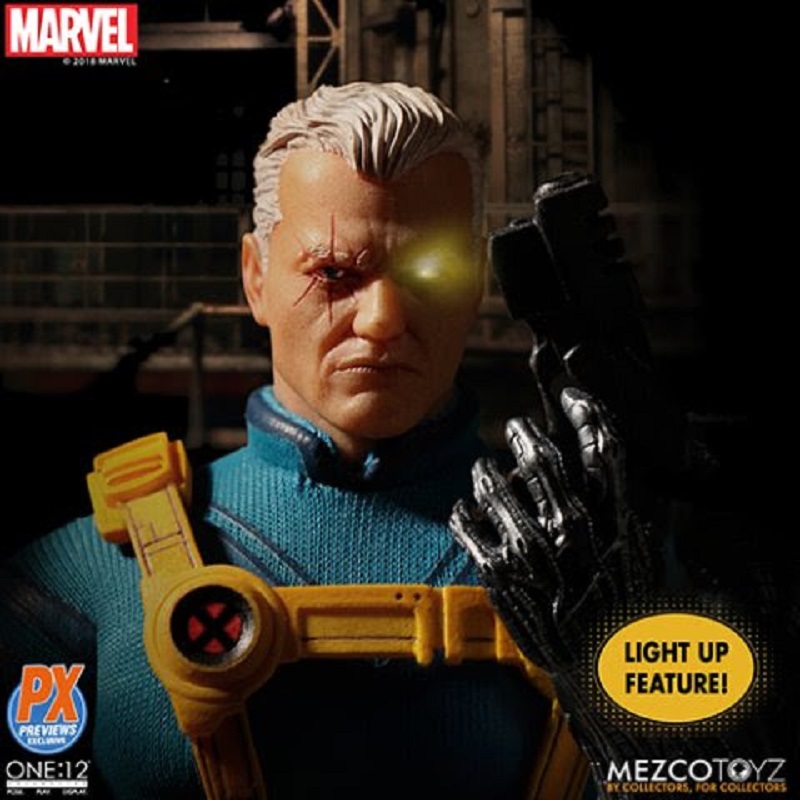 X-Men fans have another awesome figure to add to their collection.  Diamond Comic Distributors and Mezco Toyz have partnered to bring fans the PREVIEWS Exclusive X-Men Cable One:12 Collective Action Figure, which is now available for pre-order at comic shops!

The Cable One:12 Collective Action Figure features a light-up function in both of the head sculpt’s techno-organic eye. This figure pays homage to Cable’s X-Men roots during the early 1990s.

Cable was sent to the future in a bid to save his life when he was infected by a techno-organic virus. Using his formidable telekinetic abilities and cybernetic enhancements, Cable battles super villain foes in his quest for peace.

The PREVIEWS Exclusive X-Men Cable One:12 Collective Action Figure features a light-up function that illuminates the techno-organic eye in both of his head sculpts. The telekinetic mutant features a detailed cybernetic arm and is outfitted in a classic blue X-Men costume made from real cloth, along with flexible utility belt.

The figure also has 4 sets of interchangeable hands and a One:12 collective display base with a stand featuring the X-Men logo. 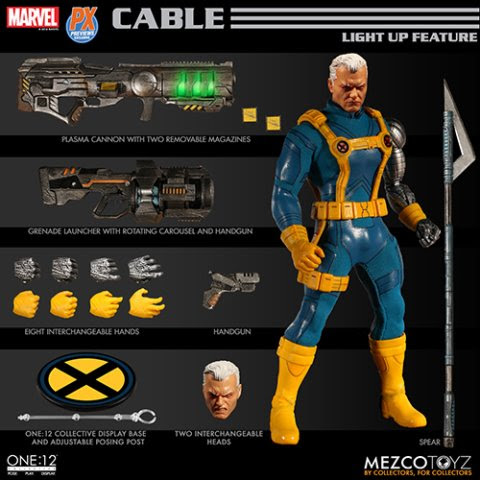 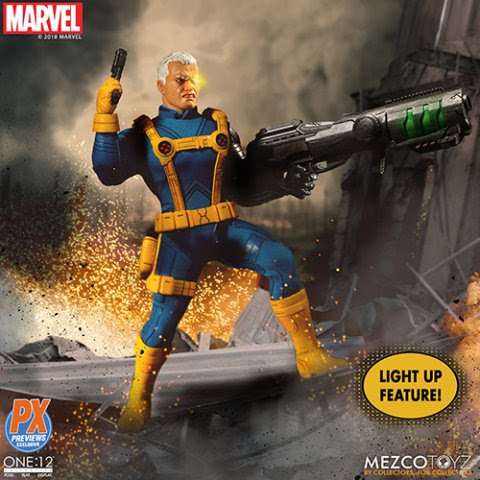 You can go ahead and pre-order the PREVIEWS Exclusive X-Men Cable One:12 Collective Action Figure from Mezco Toyz (OCT188681 SRP: $100.00) at comic shops. It will be available in stores come June 2019.

Mezco Toyz is known to make well-detailed collectibles and this Cable action figure is no different.

While I’m not a big fan of Hope’s adoptive father, I do appreciate this action figure. He looks amazing. He recently got a live-action adaptation in Deadpool 2. In the comic book series, he is currently dead (as dead as a character can be in the comic book world). The character’s passing has given rise to The Exertminated storyline.