Orphan Black 2×06 Review: To Hound Nature in Her Wanderings 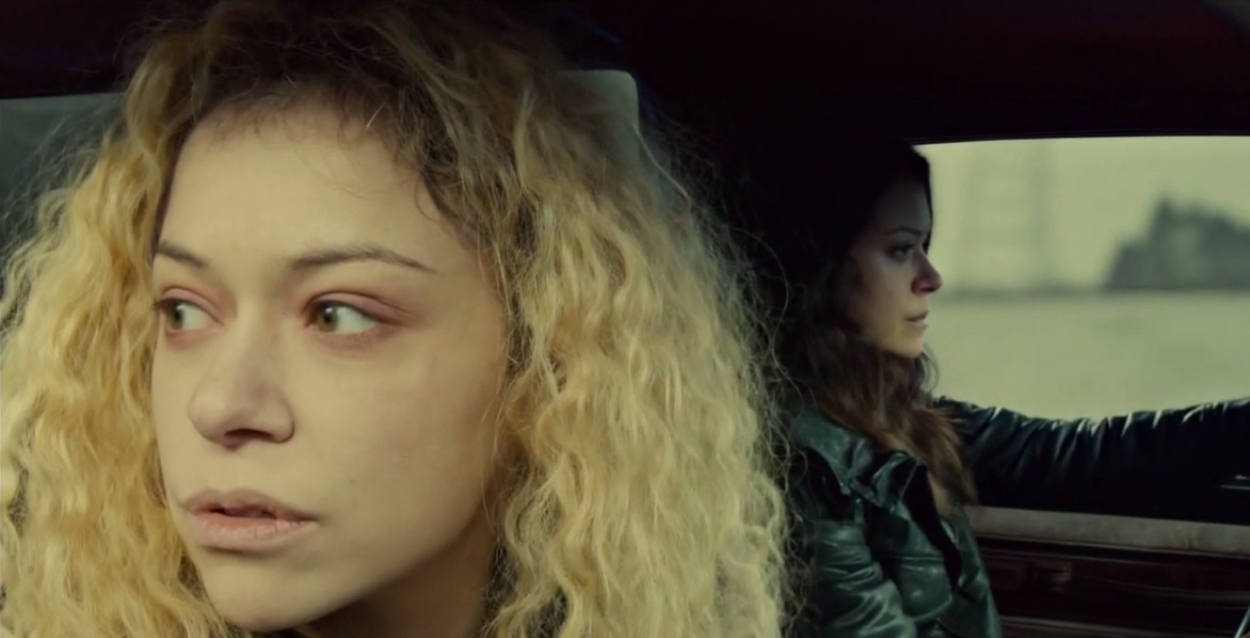 PERSONAL NOTE: First of all, I’d like to apologize that this review is so late.  My region has been getting battered my storms the past few days and it took me a while to watch the episode.  But I have!  And I’m glad I finally got to it.

This episode covered a lot of ground about the history of DYAD and showed a lot of character growth for many in our main ensemble.  New relationships are blossoming between characters that would have been in opposite corners just a few short episodes ago.  It makes my heart swell seeing so many characters I love so dearly being able to bond with each other on a deeper level.  Unfortunately the manipulation of many of our favorites continues, which is a source of endless frustration for those of us on the outside looking in.  I’m hoping that a lot of this manipulation will be fully revealed before the season finale, particularly everything involving the ultra shady Doctor Leekie.  The continued power play at DYAD is driving me bonkers and I want to see it all crumble sooner rather than later.  He’s not the only one being manipulative in this story, though, but he’s certainly the one with the most power at this point in the narrative. 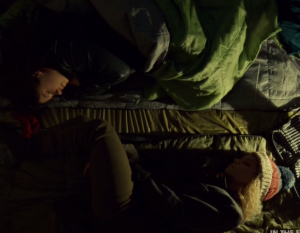 Helena and Sarah ‘road tripping’ together makes me so incredibly happy.  They have a complicated and tense relationship filled with a lot of traumatic history, but they somehow still manage to goof off together in the tent and behave like real sisters.  Sarah might be seeing the same complexities in Helena that the fandom sees.  Her villainy isn’t truly her fault.  She’s been brainwashed her entire life and once you strip away the damage that’s been done to her she’s actually incredibly cute, innocent, and fun.  One of those things that her brainwashing has resulted in is the ability to murder, which is a pretty difficult thing to get past, but their ‘road trip’ seems to be giving Sarah the opportunity to do so, even if only momentarily.  Sarah cracked a genuine smile at Helena’s shadowplay antics, which made me clap like the happy fangirl that I am.  It was incredibly touching.

It kills me that Helena has been taken back by the Proletheans after her and Sarah have found a middle ground with each other, but since I’m so fascinated by Gracie’s character I’m somewhat interested in what’s to come.  Gracie clearly doesn’t view Helena as a person, which means I shouldn’t really like her too much, but her clear disagreement with those in charge of her cult make me appreciate her.  I like rebels.  She has to obey those in charge, but her subtle defiance is obvious.  Hell, she got her lips sewn together because of it.  I want to see that little spitfire raise some hell.  I just hope that doesn’t come at the cost of Helena’s life.  We’ve already been through losing Helena once.  I’d rather not repeat that trauma.

This episode’s scenes involving Cosima were less exposition focused than the past few episodes, but still didn’t show as much about her personal journey as I’ve been hoping to see.  Cosima is balancing a fine line between working with her fellow clones and working for DYAD.  She’s already admitted to being in contact with Sarah to Leekie and openly talks to her on the phone in the DYAD building.  While Leekie seems to be trying to convince Cosima that he’s on her side, I don’t believe it at all.  I feel like Cosima needs to be a bit more cautious where she’s at.  I’m just glad that when Scott admitted that he knew about the clones, she didn’t reveal too much here, which proves that she still has her guard up somewhat.  Perhaps her unusual ease sharing information with DYAD comes from the fact that they might control the key to her survival.  They are the ones looking for a cure for the illness that is killing her and all the other clones.  I just hope this doesn’t epically backfire on her.  Considering what we learn about Leekie later in the episode, I have a bad feeling that it will. 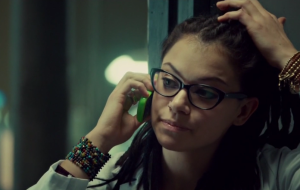 The conversation that Sarah has with Ethan Duncan reaffirms many of my fears about Leekie.  Ethan flat out accusing him of murdering his wife and taking Rachel from them.  While it’s hard to trust anyone on this show, I’m a bit more inclined to believe the story of a sad man seeking comfort with a bunch of birds than the shady head of a corporate cult.  That makes his play for Cosima’s trust in direct defiance of Rachel’s orders even more bizarre.  Does he hate Rachel because she was raised by the Duncan’s?  Why does he appear to be helping Cosima?  Is it to gain her trust so that he can get information out of her or play her against the other clones?  If so, he’s doing a pretty good job of it.  While Cosima retains some of her skepticism, she’s becoming a bit too trusting and lax around DYAD.  Leekie’s manipulation is probably a huge part of that.  He’s making Cosima view Rachel as the villain, which in turn makes him look like the defiant hero.  I only hope Cosima keeps her guard up enough to protect herself from him, despite the fact that they are pretty much dangling the research for a cure over her head.  Poor Cosima.  She’s in an incredibly rough spot.

While we were severely deprived of Alison last week, we got to catch up with her at rehab this week.  Unfortunately if things weren’t bad enough for her already, the addition of Sarah’s ex Vic to her meeting group adds a whole new layer of drama.  He’s aware that Sarah and Alison are different people now, but when Alison freely gives up the information that they’re clones (really Alison? Really?), he doesn’t accept it and keeps pestering her.  His obsession with Sarah seems to make him feel like he has a right to harass her and anyone associated with her.  Alison unfortunately falls under this umbrella because they share the same face.   This time there’s an added layer to his constant pestering.  Detective Angie is putting him up to it, though I suspect his lingering feelings about Sarah come into play at least a little bit (though I’m sure the bargain with Angie is a pretty big piece of it too).  I am quickly beginning to dislike Angie a whole bunch for not only being generally antagonistic towards our protagonists, but for roping Vic into this mess.  It’s another case of manipulation that’s just driving me up the wall. 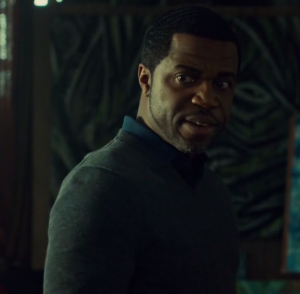 Felix’s story is breaking my heart.  He’s always been a substance user, but his alcohol problem is cascading out of control.  This is probably one of the reasons why he and Alison bonded so quickly.  They are so different in very many ways, but they both deal with pain through substance abuse.  Sometimes it’s the subtle things like that that can make a friendship blossom.  You see someone else struggle with the same thing’s you’re struggling with and you’re able to connect easier.  Now that Felix has lost his sister and Alison is in rehab, he’s turning to the bottle just like she did.  As heartbreaking as that scene was, though, I did enjoy Felix grabbing Art’s butt.  What can I say, I’m a fan gay stuff on TV.  It’s unfortunate that the context of the ass grab was Felix being too drunk to deal with his own actions.   Props to Art for handling it with such finesse, though.

Art’s way of taking care of him in his highly intoxicated state has once again elevated my opinion of him.  I’m kind of stunned at how different I feel about Art this season than I did last season.  He’s quickly becoming one of my favorites.  I didn’t like him last season because he was causing all sorts of problems for Sarah, but as soon as he became aware of what was really going on he threw his entire being into helping him.  The only other character on any show that I can think of that throws themselves into something so thoroughly is Castiel from Supernatural.  As Castiel is my favorite character of all time from any media ever, this is high praise for Art.  It’s a quality I highly value in a character and I wouldn’t be surprised if he’s my absolute favorite non-clone character on the show (sorry Felix, you’re about to get edged out here).  Now he’s even bonding with poor heart broken Felix and I just want to ‘awwwww’ at my computer monitor for a while about it.  You’re amazing, Art.  I hope you don’t die.

So while we got to see every clone this week, we didn’t get to see any Kira or Cal.  They were really the only one’s left out this week, though, but that’s understandable since they are trying to lay low.  Cal’s behavior continues to be a mystery to me, though, so I’m hoping we get to see more of him soon.  Is he really the greatest guy in the history of guys? Or does he have another motivation?  If he is really just that great, where can I get a Cal?  I will take three, please.  Overall I’m happy with the progress this week, though I’m starting to worry that the ensemble is getting too big for all the characters to play a meaningful part.  There are weeks where characters don’t show up at all (Kira and Cal this week, Alison last week), or only show up for exposition (Cosima for, like, two episodes this season).  They keep flipping back and forth each week with who gets left out, which is an incredibly difficult thing to balance.  So far it hasn’t gotten to the point where I’m upset with the show for the possible imbalance of character stories, but I can see things starting to slip a bit.  Still, I’m generally pretty happy with this season, so, as always, I’m excited to tune in next week.

Previous:Bleach x 582 Review: The Headless Star
Next: X-Men: Apocalypse…Original cast members are coming back and more!