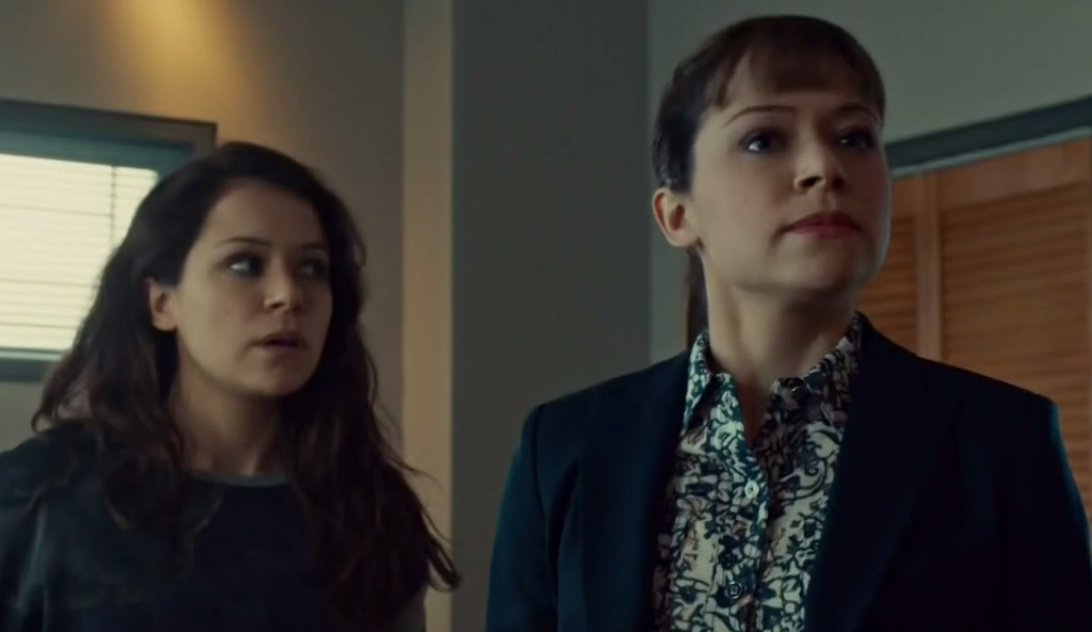 For every plot point or piece of character development that I’m able to “call” on this show, there are at least five more things introduced that throw me completely off.  This show sure keeps me on my toes and this week was certainly no exception.  This week resolved so many plot points that I thought were going to stretch up to or even beyond the finale that I have no idea what’s going to come next.  It seems like every character had a major game changer this week.  With only three episodes to go, I’m stunned that we’ll be headed into unfamiliar territory with so little time to explore these new paths.  This show’s unpredictability is one of the reasons I keep tuning in, though, so I’m pretty damn pleased with this turn of events.

Alison’s judgement is growing increasingly questionable.  Actually, I feel like ‘questionable’ is way too light of a phrase.    ‘Downright horrible’ is more accurate.  I understand she’s under a lot of pressure, but no other character on the show makes me shout ‘no’ more at the screen than she does.  Last week she willingly told Vic that she was a clone, but thankfully that statement was so outrageous that he didn’t believe her.  This week she confessed that she killed Ainsley, which very quickly backfired.  Her mistakes brought Sarah back into her plotline to clean up the mess, which confirmed my suspicions from last week that Vic is still hung up on Sarah.  I’m pretty sure that Vic is my least favorite character on the entire show.

The Alison plot gave me an odd sympathy towards Donnie this week.  I wouldn’t exactly say I like the guy.  Him spying on Alison was unforgivable.  But it’s clear that he had no idea the extent of what he’d been recruited for.  He was unaware of that she was a clone and ha no idea that invasive testing was being done on his wife.  While his character is completely irredeemable due to his decision to spy on someone, I feel bad that he was so completely ignorant about this massive conspiracy going on right under his nose.    He does accidentally get even with Leekie for being used as a tool, but I have a feeling the way it was resolved is far from a relief.  Like his wife, Donnie is now a steadfast member of the “accidentally a murderer” club.  Maybe their unintended homicide will bring them together.  Probably not, but it’d be a funny thing to bond over, wouldn’t it? 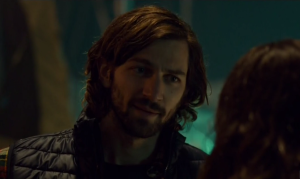 After being absent last week, we finally caught up with Kira and Cal.   We got a glimpse at Cal’s ingenuity when he threw DYAD off their trail.  I can now sort of understand  how he and Sarah fell for each other.  I’m still questioning his extreme loyalty, but their love is becoming more believable each time we get a glimpse of Cal’s personality.  They clearly have a lot in common with how far they are willing to go to get off the grid and their creativity with accomplishing that goal.  I am truly sad to see him step out of the picture now and I hope that’s not the last we see of him.  He either knows more than he’s letting on or he’s genuinely the best dude in the universe.  Either way, I need more of him ASAP.

The most devastating part of this week was the fight between my favorite pairing on the show.  I knew that the complications between Delphine and Cosima would eventually come to a head.  Delphine seems to be willing to make a deal with the devil (or DYAD) to save Cosima, but to Cosima, her body autonomy is of utmost importance.   Her life is at risk, but if it means having decisions made about her own body by someone else is completely out of the questoin.  I respect her strong moral stance, but if Cosima dies I will be absolutely inconsolable.  Kira seems to feel the same way, though, and I’ve gotta hand it to the kid for taking one for the team.  If Cosima gets the stem cells she needs to find a cure she may survive and I won’t turn into a sobbing mess on the floor.  Thanks for ripping your tooth out for aunt Cosima, Kira.  That was badass. 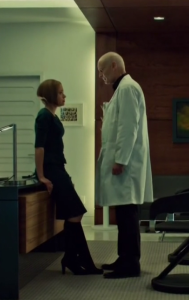 The powerplay at DYAD became one of my favorite parts of the story.  Both Leekie and Rachel are antagonistic towards our clones, even though Rachel herself is one of them.  My sympathy ultimately lies with Rachel due to the fact that Leekie took her parents away from her.  That sympathy doesn’t absolve her of her part in DYAD, but if I have to choose it makes me choose her over Leekie.  Sarah has made it quite clear that she doesn’t care which one falls, though, and I can definitely understand where she’s coming from.  It seems that Leekie was the one to fall thanks to Donnie’s extremely clumsiness, which makes me wonder how the power behind DYAD will sort itself out now that he’s been permanently removed.  Will the power fall to Rachel?  Or will other shadowy figures step in?  Marion seemed to outrank both Rachel and Leekie, but how deep does this go?  Is she the top of the ladder?

These weeks ‘absent and sorely missed’ trophy goes to Art, Helena, and the Prolethean crew.  Well, I wouldn’t say that I miss the Prolethean’s.  I do miss Gracie’s rebellious nature, though.  And since Helena is back in their custody, no Prolethean’s means no Helena.  Art’s absence is less tied into any other character’s absence during this episode.  Considering that last week moved him up to my favorite non-clone character, I was pretty bummed that he didn’t make an appearance.  But again, with this many characters it’s hard to fit everyone in every single week.  Hopefully we’ll have more Art and Helena in future episodes.  Hopefully together.  Their little adventure a couple of weeks ago was the start of a bizarre friendship.  I can feel it in my bones.

Previous:BiteCon Indiegogo Shoots Past Funding Goal in Less Than 10 minutes!
Next: Biphobic Themes in ‘Orange is the New Black’