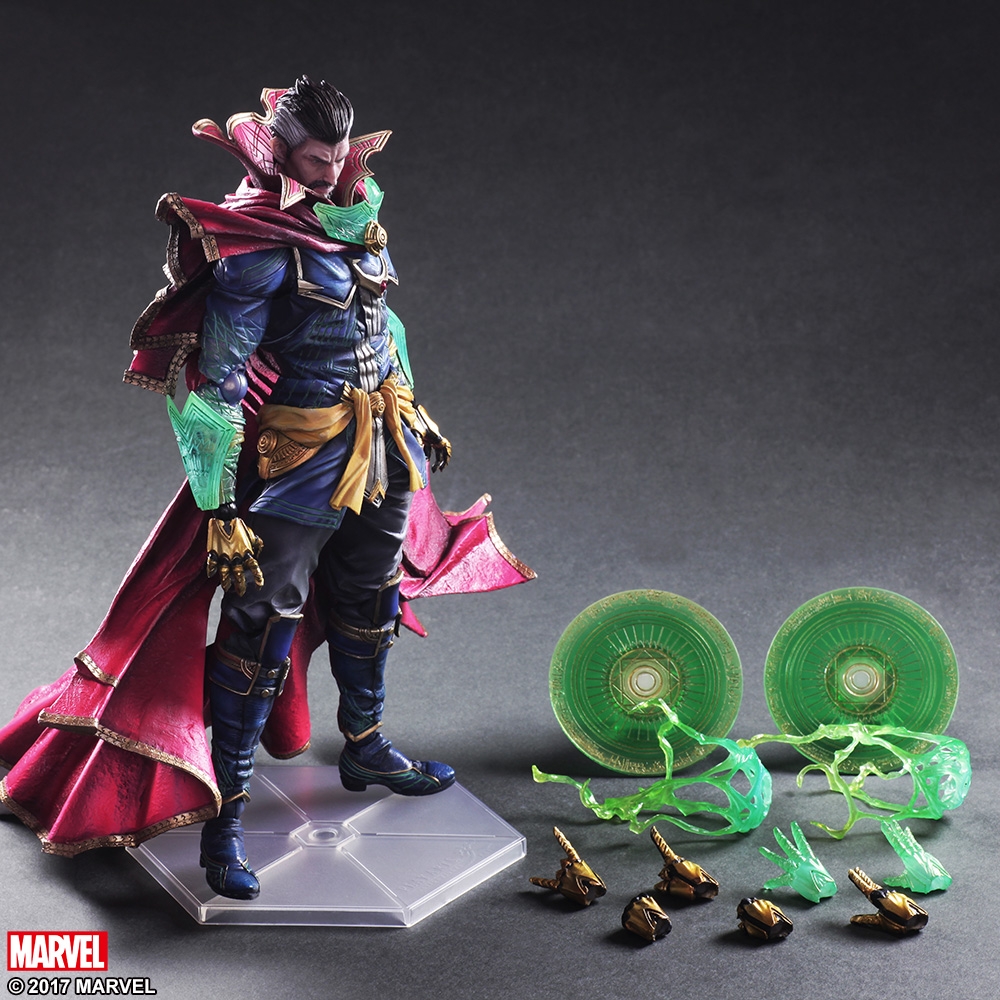 Marvel collectors and fans of Dr. Stephen Strange will be treated to a highly detailed figure by Square Enix’s Play Arts Kai line.

The character has definitely been reimagined for the Play Arts Kai line and he looks awesome. Here’s the official character and product description:

Dr. Stephen Strange first made a name for himself as a brilliant American brain surgeon. After seven grueling years of training, however, he obtained the power of the mystical arts and became an unlikely kind of superhero. His name? Doctor Strange.

His signature cape can be inverted for a multitude of poses, while the exaggerated contrast unique to the paintwork of the MARVEL UNIVERSE VARIANT series brings out his profound presence. Articulated areas such as the chest, shoulders and hips incorporate flexible materials to allow for a wide range of motion.

While I’ve never been a fan of Dr. Strange (I’m only reading his Sorcerer’s Supreme series because of Wiccan) the figure is cool and I want it! 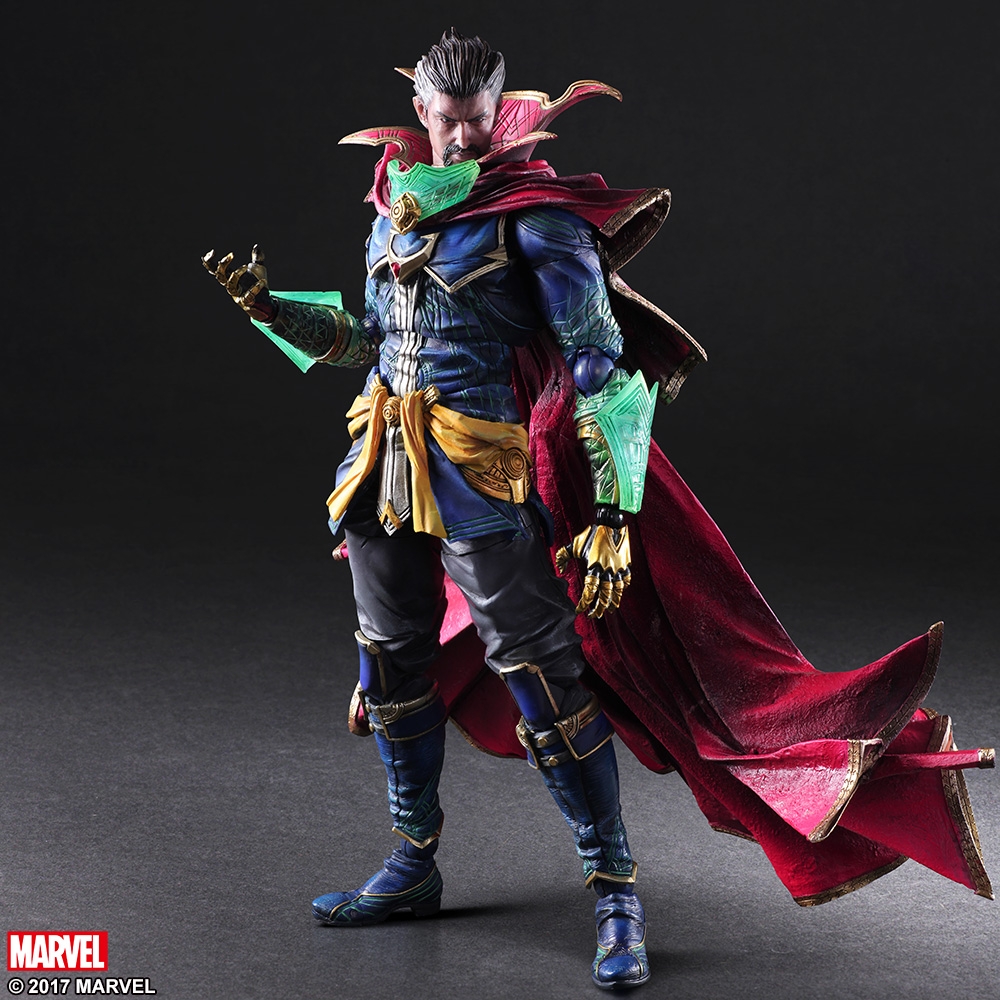 It comes with seven interchangeable hands, a couple of magic glyphs, and a display stand. You can currently pre-order this figure from Square Enix. It’s going for $149.99. 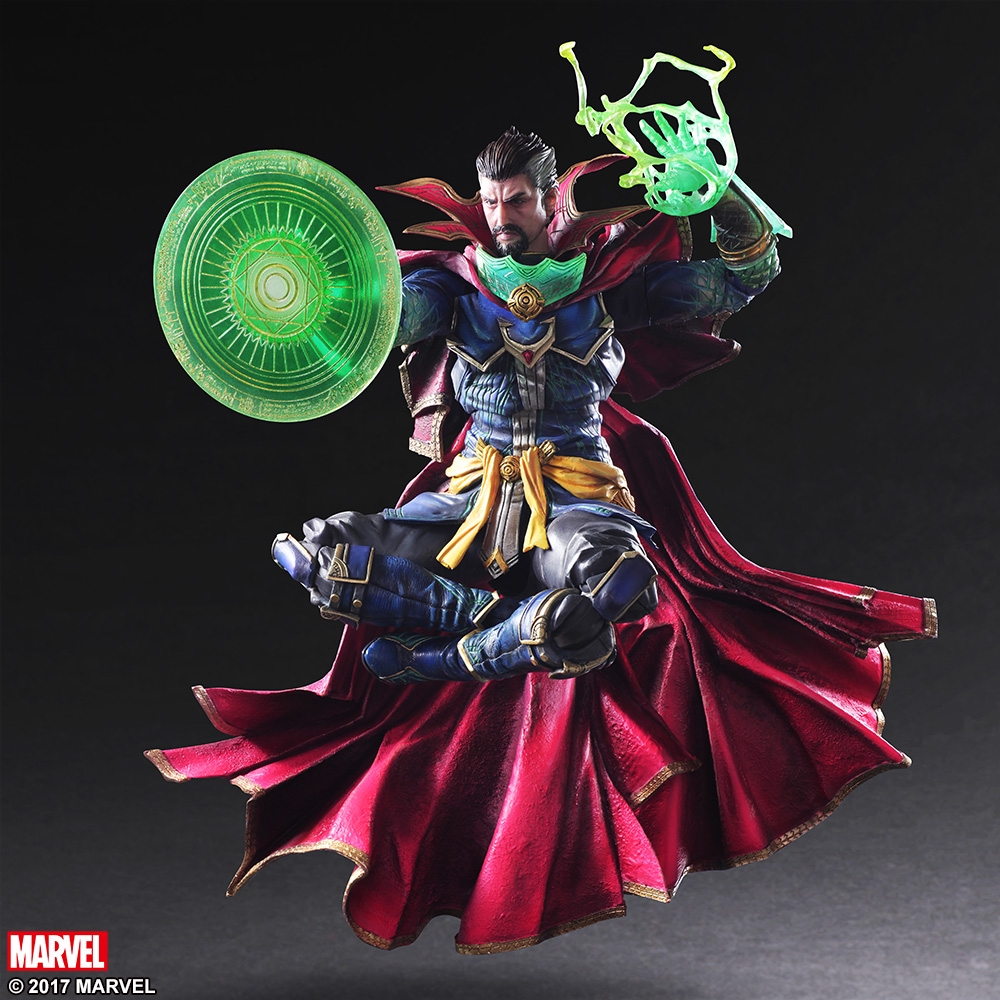 Fans will be able to see Benedict Cumberbatch reprise his role as Dr. Strange in Thor: Ragnarok on 3 November, 2017, in the U.S. The sorcerer will also be appearing in Avengers: Infinity War which is slated for a 4 May, 2018, release date.

Marvel’s Doctor Strange was able to gross $677.6 million on a $165 million budget. It was also nominated for Best Visual Effects at the Academy Awards. Benedict has signed on for one more Dr. Strange solo film so let’s see when it’ll start production.

What are your thoughts about the Play Arts Kai Doctor Strange figure? Let us know.