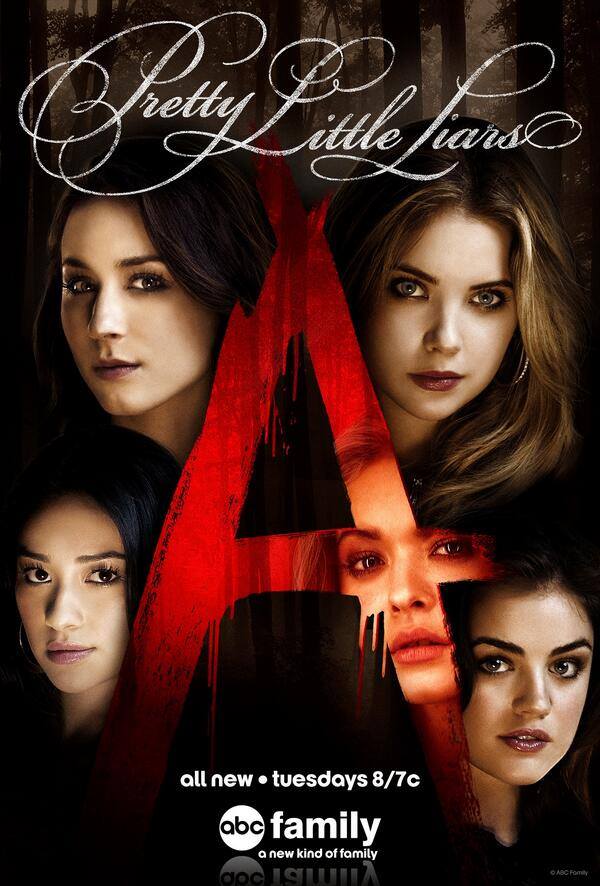 Ever since Emily has come exploding out of the closet her one truth has been that she is who she is, and who she is is someone that is as honest as she can be. She expects that of her BFFs as well and when Ali says to her “You weren’t there” it’s a shot too low for Emily to take. Why? Because she was there for all of it. All of Ali’s manipulations, her lies, everything that has happened to them since her disappearance and all she asked in order to forgive all of it, to forgive the “Hefty Hanna’s” and the gay shaming, and the murder of ex girlfriend (if not done by Ali but because of) was that Ali was honest with her. Once again, though, she wasn’t. So in that moment Emily’s truth was that Ali didn’t trust her enough to be honest, didn’t trust her to execute her “plan”, because the only thing Emily knows is that you decided that she wasn’t enough and she’s not going back down that road. So this exchange :

Ali: You weren’t there Em.

Emily: When? When wasn’t I there? When Hannah broke her leg because of A? When I almost died in an elevator because I was trying to find out who killed you? Or when spencer had to check into Radley because of everything your disappearance has put us through? The past several years haven’t been easy for any of us but what makes it ok is that were in this together. We don’t turn on each other.

Ali: I have a plan

Emily: oh I’m sure you do. The problem is that you will throw us all under the bus to pull it off.

It’s a way to protect herself from the girl that kissed her…but just for practice… But really for real. She wants to trust Ali but once again her idea of truth and lies are different from Ali’s . I’m not saying that Alison doesn’t have her reasons. She does, after all, say she has a plan. As a viewer I’m intrigued. I don’t think Ali is this black-and-white evil bitch she being portrayed as right now. I think part of her plan involves doing what she did to protect Emily and rest of the Liars. The problem is that it’s all about secrets and so far all the girls know that the bigger the secrets the harder the fall. Though I admit i do find it absolutely hilarious that she didn’t include Aria in things they’ve been through. Cause lets face it, Ezria is about it. 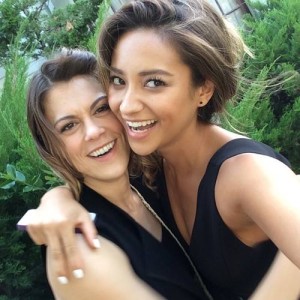 I’m also sure that there was a moment of a joy and bliss for Paily shippers this episode not only with the Emison argument but with Emily telling Paige that they need to talk. Now I’m no expert here, but running back to your ex because you are mad at your current is never a good thing. Let’s just say that the ex usually end up with the short end of the stick. I do believe that Emily loves and just generally likes Paige but have her run right to her after a fight with Ali is not a good sign for that ship. We still have all of season 5B coming and unless this somehow became Lost Girl we still have the “talk” coming that @imarkeneking promises regarding the Emily/Ali night together from Episode 5X05L: Miss Me x100.

There are tons of speculation out there about who big A is and who will die this season. Btw my money is on Melissa. You don’t record a confession tape and make it out alive in Rosewood Pa. Hanna tried to quite literally run from her problem, to which of course Spencer says “I can run faster, and I have a car.” Aria commiserated with Ella about their pedophile men in their lives because that what Aria does. The tape of Ali’s lie was stolen and the accused was released and in the end Alison, or is that Vivian Darkbloom, saved the day with her plan.

So fellow Liars, are you thinking the same thing I am? Cause right now I’m thinking WTF just happened? What do you think?

Who is your bet for Big A and the current Black widow and do you think Ali is lying?

Here is a link to the Official Preview for next week 5X11:No One Here Can Love or Understand Me