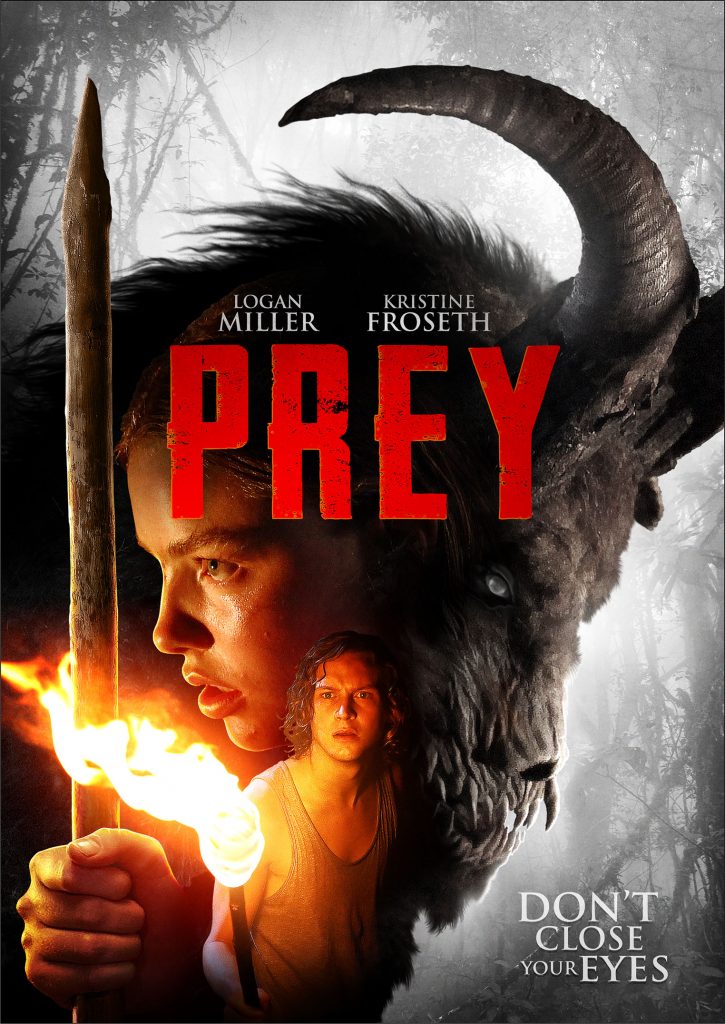 Cinedigm Corp has officially announced it will release Prey theatrically and on VOD September 27, 2019. The upcoming film has been directed by Franck Khalfoun (Amityville: The Awakening). The “terrifying thriller” is from Hyde Park Entertainment, ImageNation, and Blumhouse Productions.

Prey stars Logan Miller (Escape Room, The Walking Dead) and Kristine Froseth (Apostle) as “two young strangers forced to run and fight for their lives against a mysterious and deadly force lurking deep in the jungle of a secluded island retreat.”

This film has been written by David Coggeshall and Franck Khalfoun, and was produced by Ashok Amritraj, Jason Blum, Chris Lofing, and Travis Cluff.

This horror-thriller from Blumhouse & Hyde Park with Director Franck Khalfoun (Amityville: The Awakening) follows Toby Burns (Logan Miller), a millennial coldly floating through life and disconnected from his family. After his father is tragically killed in a carjacking, Toby is left stricken with guilt. He is begrudgingly enrolled in a “Lost and Found” program, in which he will spend three days and three nights on a remote jungle island. Toby soon finds that this “uninhabited” island is not so lonely when he meets a mysterious girl named Madeleine (Kristine Froseth). It soon becomes clear that neither of them are safe here and time is running out. Someone or SOMETHING bloodthirsty lurks in the jungle, and Toby must find a way off this island before becoming its PREY…

The running time for this movie comes in at 85 minutes. It has been rated PG-13.

You can visit the film’s official Facebook page for more information.

Are you excited about watching Prey? Feel free to share your thoughts with us.

Previous:Amazon’s “Carnival Row” Gets Two Prequel Stories Titled “From the Dark” and “Sparrowhawk”
Next: Wednesday Webcomics: I Cannot Tell a Lie, “Purple Hyacinth” Is Fabulous