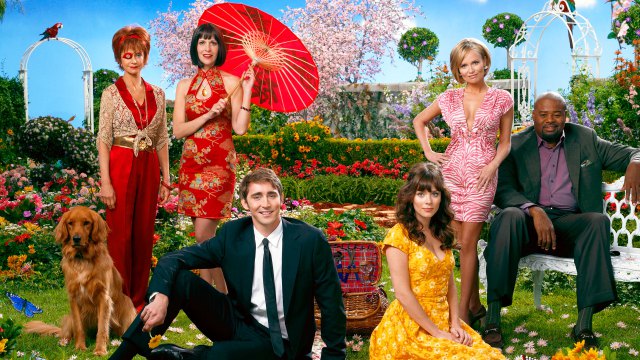 Fans of the 2007 show Pushing Daisies will know: the cast was not lacking in musical talent.  Several musical numbers were peppered throughout its two season run.  How could they resist, with cast members like Kristin Chenoweth(Wicked) and Ellen Greene(Little Shop of Horrors)?  They may soon be allowed to really show their musical chops as the quirky show about a pie-maker who can bring people back from the dead could itself be reanimated as a Broadway musical.

Creator Bryan Fuller (also of Hannibal) told E! News that he’s been in talks with Warner Brothers studios and director Barry Sonnenfeld about reviving the show either on Broadway or on the big screen.  There may be some changes to the cast, however, as Fuller wants to focus less on Ned (Lee Pace) and more on Olive Snook (Chenoweth). “I would love to do a musical and make it all about Kristin Chenoweth and her character, Olive  Snook,” Fuller said. “I think it  would be incredible!”  Although, Fuller has also said he would like to have “as many cast as we can to participate with it”.  What this means for the other beloved characters, we’ll just have to wait and see.

Previous:“Heroes” to be Reborn in 2015 with a 13-Episode miniseries!
Next: Mass Effect Movie Adaptation: Why It Wouldn’t Work