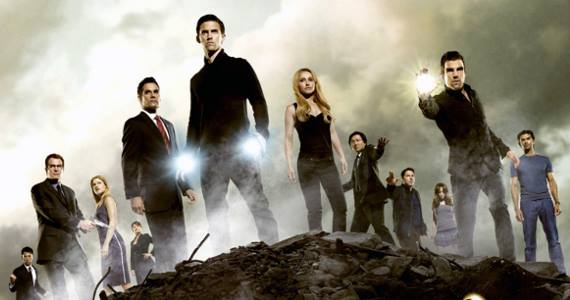 Fans of Heroes rejoice! The superhero show is coming back for a 13-episode miniseries as “Heroes: Reborn” to air sometime in 2015. Will it be able to live up to the expectations?

According to Deadline, NBC is reviving the show after it went off air in 2010. ‘Heroes’ was arguably the first superhero show that took the world by storm. The original series aired in 2006 to positive response from the fans and critics. However, things didn’t go well as the rating dropped and the show was cancelled after its fourth season in 2010.

The four seasons told the story of ordinary humans who manifested superhero powers and saw their paths start to cross with each other as they fought threats against the world. I was quite excited as I  watched the first season when it aired. It was quite similar to the X-Men franchise and had a lot of drama and action in it. But the magic of the show was lost to me when they killed off Ali Larter’s character Niki Sanders. Yes, the actress still played other roles on the show but it wasn’t the same for me. They also killed Kristen Bell (Elle Bishop) and I was done with the whole thing.

With the popularity of superhero TV series on the rise, it makes sense for the network to bring back a series that already has a fan base. The new mini-series will be a standalone arc and will feature new characters. According to NBC Entertainment President Jennifer Salke the original cast members might just popup in the new show. For those of you who don’t know, the original cast included Hayden Penettiere, Milo Ventimiglia, Zachary Quinto, and Ali Larter, to name a few.

The new characters and their storylines will be shown in a digital series before the show’s premiere on TV. I don’t know if the show will be able to live up to the expectations of the fans but considering it’s a mini-series I don’t think much harm will be done to the network even if it isn’t able to replicate the success of the first season.

Are you excited to see Heroes back on your TV screens? Please share below!