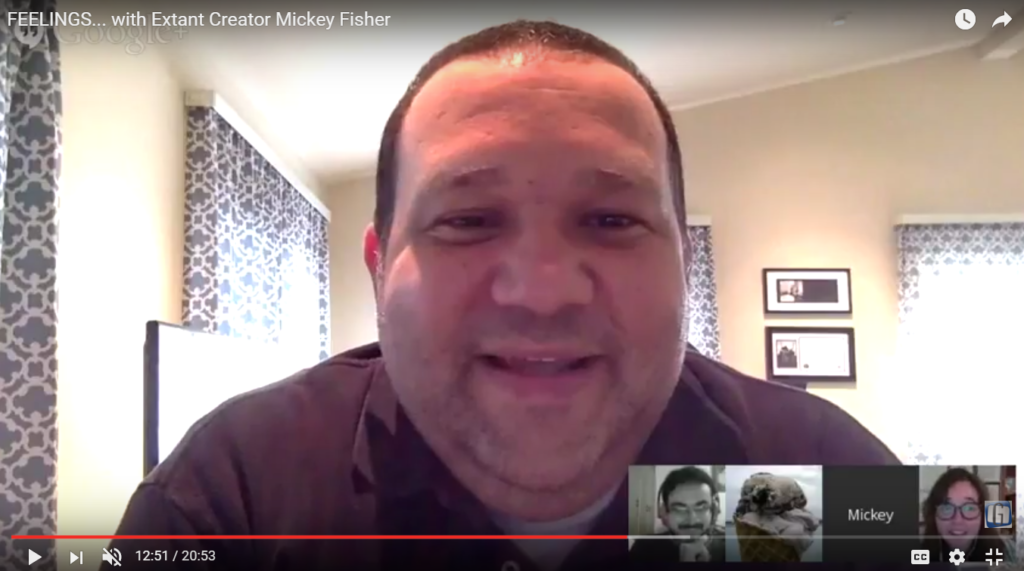 NBC has ordered a pilot for Reverie, a show that is set in the world of virtual reality. The pilot has been written and executive produced by Mickey Fisher.

Reverie has been described as “a grounded and dramatic thriller”. Set in a world of virtual reality, a former detective, who specializes in human behavior, is brought into the fray when the launch of an advanced VR program leads to dangerous consequences.

No news yet about whether the upcoming show will follow a serial format or the main arc will include case-of-the-week episodes. I’m also not sure if the show will have a male or female lead.

We got to know about Mickey Fisher through Extant, a sci-fi TV series starring Halle Berry. We also had the talented writer on one of our FEELINGS…with The Geekiary episodes. Even though my microphone was a mess that day, it was still fun!

Extant ended its run after two seasons. According to the Nielsen live-plus-same-day ratings, the show’s second season had a 0.7 rating average among the adult 18-49 demographic, with 4.7 million viewers. Feel free to read my Extant reviews. Also, go ahead and watch the show if you like strong but relatably flawed female leads.

Mickey has also kept himself busy with Mars, and other creative as well as charitable projects. Go visit his Facebook page. He’s a very cool guy.

While we don’t have much information about the show, I do love the title. The meaning of the word connects really well with how the show is about virtual or, as some would say, fake reality. I’ll keep you all updated.

Have you watched Extant? Are you looking forward to Reverie? Let us know!

Previous:Gotham 3×13 Review: Smile Like You Mean It
Next: Resident Evil 7 – Game Review: Brings Back The Horror But Might Disappoint Some Fans!